Classic Hollywood Jewelry Up for Auction

Joseff of Hollywood costume pieces worn by Marilyn Monroe, Elizabeth Taylor, Grace Kelly and others will be sold Nov. 18. 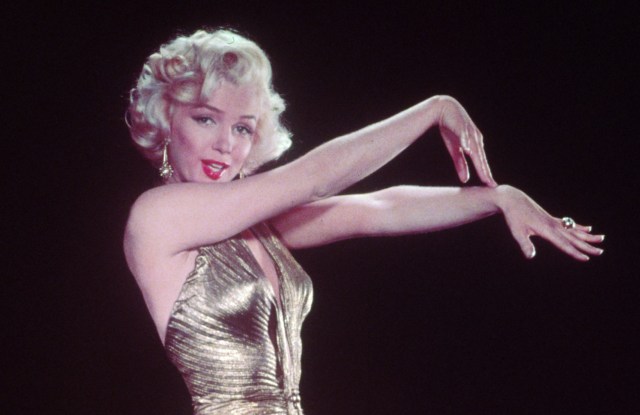 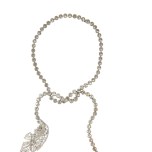 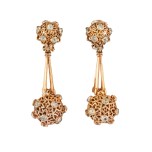 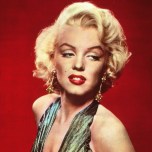 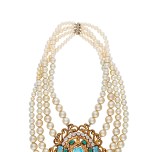 The glamour of Hollywood’s Golden Age is hitting the auction block Saturday in Los Angeles as Julien’s Auctions offers over 500 pieces of on-screen costume jewelry by Joseff of Hollywood.

Founded in the late Twenties by Chicago-born businessman Eugene Joseff and his glamorous wife Joan Castle Joseff, the Los Angeles design studio created millions of pieces of costume jewelry from the Thirties into the Sixties and was the go-to costume jeweler for screen legends from Katharine Hepburn to Bette Davis, with many of the same pieces loaned out to multiple projects.

For decades, this trove of classic cinema memorabilia — including snake-motif bracelets worn by Elizabeth Taylor in “Cleopatra” and necklaces donned by Vivien Leigh in “Gone With the Wind” — was hidden within a wall of numbered wooden boxes in the design studio’s Los Angeles vault.

“[Eugene Joseff] had the idea of making these pieces, renting them [to both studios and stars] and, if possible, changed and rented again,” said Tina Joseff, who married the founding couple’s only son. “Throughout the years he built his stock by creating new pieces and returning them to the vault.

“He worked from sketches by the costume designers because they were all his friends,” continued the surviving Joseff. “He hired talented craftsmen to work for him, but most of the time he learned how to do it himself.”

Because of this massive inventory, which still numbers around half a million pieces, the jeweler continues to loan pieces for productions, including  the current season of “Westworld.” Eugene Joseff designed many of the pieces himself before his death in a 1948 plane crash and many were made to be easily modified for repeated on-screen use, meaning some lots can be linked to several Hollywood icons.

Another standout of the sale is a set of gold-plated clip-on earrings with simulated diamonds worn by Marilyn Monroe in a “Gentlemen Prefer Blondes” promotional shoot from 1953. Despite being costume jewelry, Nolan predicts the pair will “probably sell for hundreds of thousands” given their association to the late actress.

The former advertising executive was also a pioneer of the “see-now-buy-now” model and capitalized on the wide exposure his handiwork received on the movie screen. Simultaneous to a picture’s release, certain pieces made for a big-budget studio production would then be duplicated in a limited number (and at a lower-cost) to be sold commercially in department stores.

“Very early on he understood the power of celebrity,” continued Nolan. “The movies had such an influence on people and Joseff recognized that from the beginning.”

But each piece in this sale is an original and was documented by the Julien’s team for nearly a year. “That’s the magic of this,” added Nolan. “Somebody might be watching a movie and see another star wearing [their lot] that we just haven’t yet identified. We couldn’t physically watch every movie that’s represented in this catalogue.”

One such piece is a gold and silver-plated cigar case carried by Clark Gable as Rhett Butler throughout “Gone With the Wind.” Intentionally designed to have an interchangeable face, the piece comes with both original plaques — one of a horse head and the other a sailboat — and is estimated to fetch upward of $60,000. In an early scene of the film, Gable as Butler donates the case in a fund-raising effort for the Confederacy. In later scenes, the plaque was switched so it would appear the character had acquired a completely new item.

“Joseff’s pieces were always able to be altered, adjusted, added to and removed from for different [scenes and] films,” said Nolan. “This is truly a special auction because of the history.”