Kanye West, Virgil Abloh and Pharrell Williams star in the documentary, which will be released in 2020.

"Colette Mon Amour" will be released in 2020

PARIS — One of the things that new documentary “Colette Mon Amour” reveals is what founder Colette Roussaux chose to wear on the closing day of her Parisian concept store: A T-shirt bearing the message “I shopped at Colette and all I got was this lousy T-shirt.”

The scene is both a testament to Roussaux’ work ethic — she is seen wrapping customers’ purchases behind the counter, unperturbed by the throng of people around her — and a gross understatement of the concept store’s range of products.

“Colette was the place you went to when you wanted to shop the future,” Pharrell Williams told director Hugues Lawson-Body in the hourlong documentary, produced in collaboration with La Pac and Highsnobiety. The film will be released in 2020 and was unveiled in Paris during a friends and family screening on Friday.

The movie retraces the last six months of the Rue Saint-Honoré store’s existence, starting with the announcement of its closing in December 2017 after 20 years of business. It focuses on the people and collaborators that helped shape Colette into a true Parisian retail landmark, known for its cutting-edge fashion selection and one-of-a-kind events and exhibitions.

Viewers can expect to see floods of customers lining up to purchase a pair of limited-edition sneakers; a Virgil Abloh book signing gone wrong, and behind-the-scenes glimpses of some of the store’s very last events, such as the Saint Laurent guest curation on the first floor, which was entirely redecorated in the space of 48 hours. 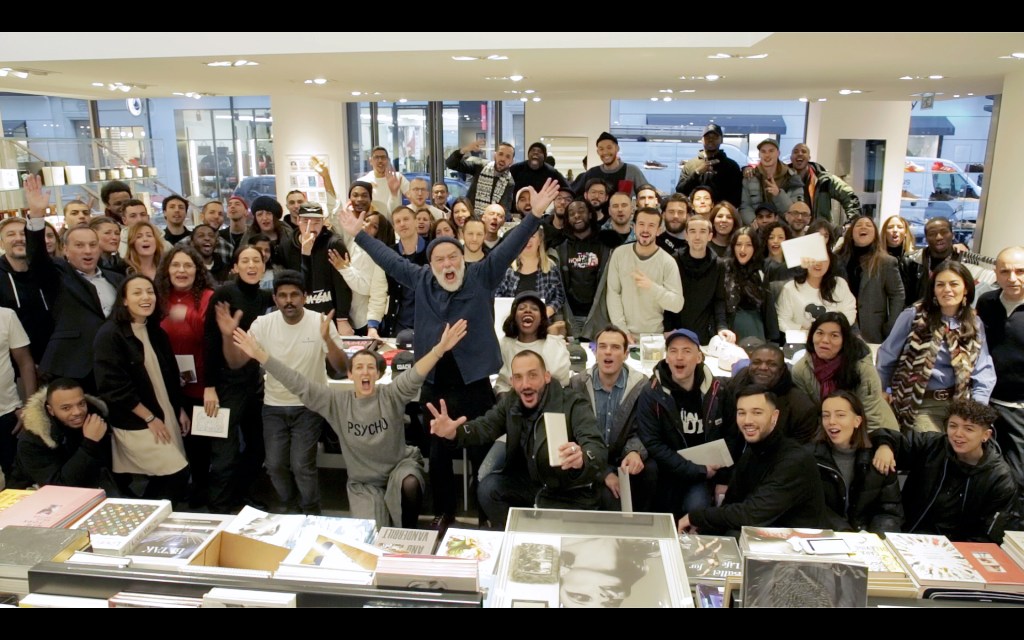 The Colette team a few days before the store’s definite closure on Dec. 20, 2017.  Hugues Lawson-Body

At the core of the documentary are Roussaux and her daughter, Sarah Andelman, who acted as head buyer and creative director for the store and helped build its tight network of collaborators with capsule collections, guest curations, books signings, art exhibitions and even mini concerts.

“Sarah knows what you are going to want before you even know you want it,” continued Williams in the documentary. This sentiment was echoed by Kanye West, who suddenly in the middle of the interview decided to call Andelman to ask her to set up a new Colette with him (unfortunately she didn’t pick up).

“The people we interviewed in the documentary are true, honest fans; they were more than willing to be interviewed about Colette,” said Lawson-Body, who worked with his sister Eliane Lawson-Body for “Colette Mon Amour.” “They didn’t need any persuading. It was kind of amazing to be in Kanye West’s studio in Los Angeles and chat about Colette.”

Virgil Abloh, Guillaume Henry, Alexandre de Betak, Kith’s Ronnie Fieg, Sacaï founder Chitose Abe, Masayuki Ino of Doublet and artist Kevin Lyons are some of the many people interviewed in the documentary, but the most moving scenes are the ones involving employees of the store. 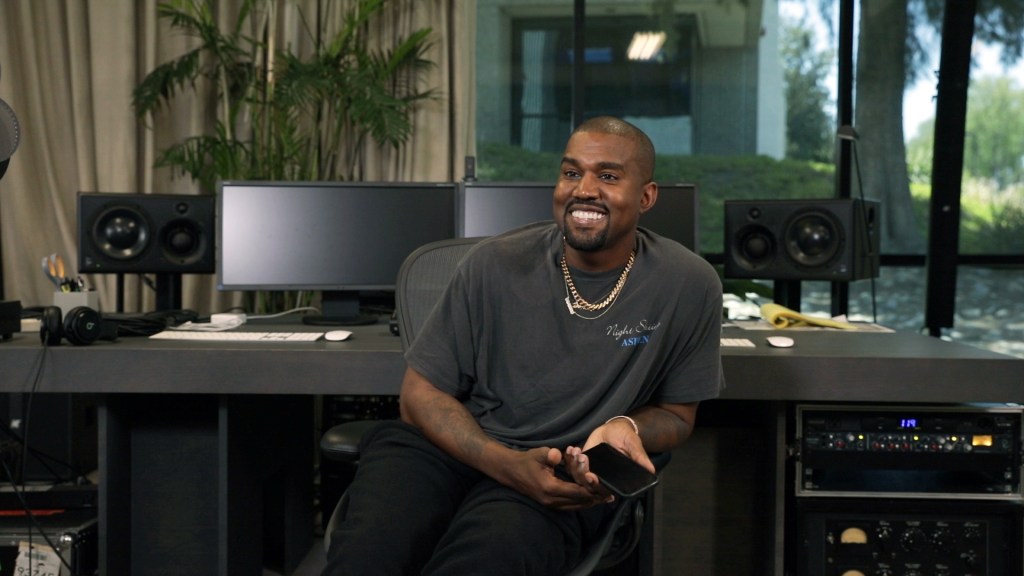 “Colette was the first luxury retailer to have a truly diverse retail team,” said Lawson-Body, who first met the Colette family when he photographed the team for various editorials and projects. “There were guys from the suburbs, people who had just walked in and asked Colette outright for a job. There were no uniforms — the staff was expected to keep their personal style, which sometimes made it hard to tell them apart from customers.”

A particularly unexpected scene shows Roussaux and Andelman, who are notoriously media-shy, giving their first recorded interview together. The conversation happened on Dec. 15, 2017, five days before the store’s closing. “It was like Christmas came early,” Lawson-Body said.

When asked how on earth they came to the decision to shutter such a well-loved and lucrative business — Colette reported revenue of 28 million euros in 2016, which shot up to 35 million euros in 2017, its last year of existence — the conversation turns candid.

“The main reason for stopping is my age,” Roussaux says on camera. “But with the Internet and all the new ways of consuming, I didn’t want to witness the store gradually empty itself or deteriorate, not after all the work we had put in it. Also, I wasn’t able to spend enough time with my children. I don’t want the same thing for Sarah.” 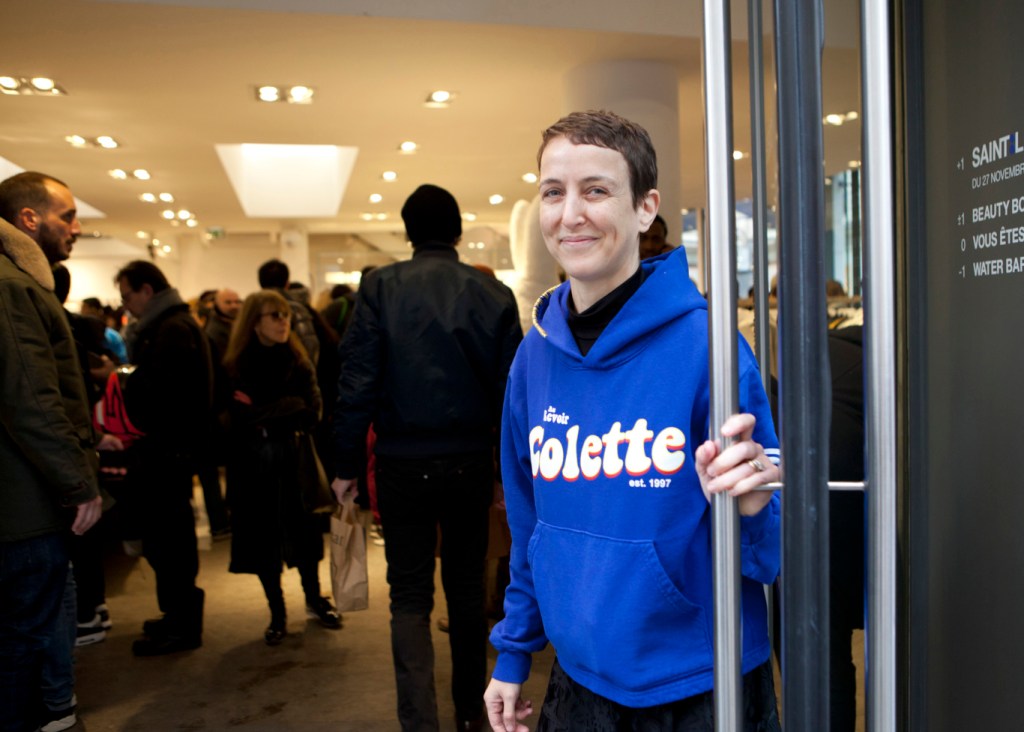 Andelman, who has a young son, has since launched her own consulting agency Just an Idea. Two years after the closing of Colette, she outright asserted that she had “zero regrets.”

“My mother is a very happy grandmother,” Andelman told WWD. “We were very aware of the fact that it was a key moment in our history and that we needed to leave a trace of some sort, if not only for my son to watch it when he is older.

“We always refused to do a Colette book, because we felt the atmosphere of the store couldn’t be translated onto paper,” she continued. “You needed to be there to understand. It was a particular era for Paris and it will forever be a unique moment, for sure. But now we’re starting a new decade.”