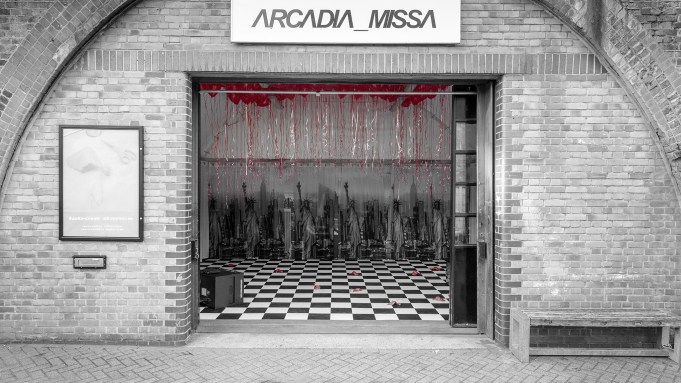 Looking for an off-the-beaten-path area of London to discover? Head southeast to Peckham, a district with a village vibe (London is, after all, a network of villages) that rivals popular hipster havens such as Dalston and Shoreditch. The area has transformed from a rough-around-the-edges neighborhood to a buzzing hot spot, brimming with independent cafés, restaurants, shops, galleries and parks as well as a farmer’s market and even a bargain cinema.

Ian Stewart — managing director and owner of The Brick Brewery — has lived in the neighborhood for seven years and after crafting his own brews at home, launched his business four years ago. The brewery offers a seasonal menu and on-site tours.

“Peckham is still as diverse and vibrant as it ever was,” says Stewart. “It’s only the last two years that I have seen the most change.” The business owner asserts that Peckham Rye — an open space and main road — retains its independent roots with home-grown businesses continuing to open regularly.

“Creativity has always played a key role in what we see happening individually,” adds Stewart citing an increased selection available at restaurants like Miss Tapas and Pedlar as well as Flock & Herd butchers and the more upscale Bellenden Road “village” restaurants.

Among his picks for the area are coffee from Brick House bakery — no relation to Brick Brewery — and North African street food from Momo.

Meanwhile, Rózsa Farkas, founding director, curator and editor of Arcadia Missa gallery, has lived in the area all her life and gripes about the rising cost of living given Peckham’s recent boost in popularity. “Obviously this may be weird for me to say this because I run a gallery so I’m constantly quite conflicted about this issue, but Peckham is being gentrified,” explains Farkas. “Hipster barbers and overpriced coffee are a new thing to the area that I don’t see as being for the communities of people who have lived in the area for a while.”

“It isn’t new that it is a creative area,” adds Farkas. “Artists have lived in Peckham for decades. There are two art schools close by and South London Gallery is down the road. There have been numerous art squats here in the past. But I think property development — amongst other things — have pitted it as a ‘new’ creative area.”

Another nearby highlight is Frank’s Café, which is renowned for its summer-operated rooftop bar and restaurant atop the tenth floor of a parking garage. Visitors can unwind with a pint at Peckham Springs, a bar inside a gallery, and get a jolt of energy at Old Spike, a house-roasted coffee shop that offers job training to the homeless.

Traid on Rye Lane is a charity shop that offers one-of-a-kind fashion finds at discount prices that benefits working conditions and practices in the textile industry. The CLF Art Cafe is an arts venue by day and a warehouse-style club venue by night. For a more established artistic experience, there’s South London Gallery featuring works by Gilbert & George, Anselm Kiefer and Gavin Turk, as well as emerging artists.

And for the outdoor enthusiast, there’s the beautiful Peckham Rye Park and Common filled with manicured lawns, ponds, wooded areas and Japanese gardens. Perfect for the English summer and those lovely sunny days — as rare as they are.