Compass: Tokyo’s Newest Boutique Hotel Is a Place for Socializing

With only 15 guest rooms, Trunk Hotel also invites the public to use its spacious lounge and terrace, as well as numerous event spaces.

By Kelly Wetherille on May 12, 2017
View Slideshow 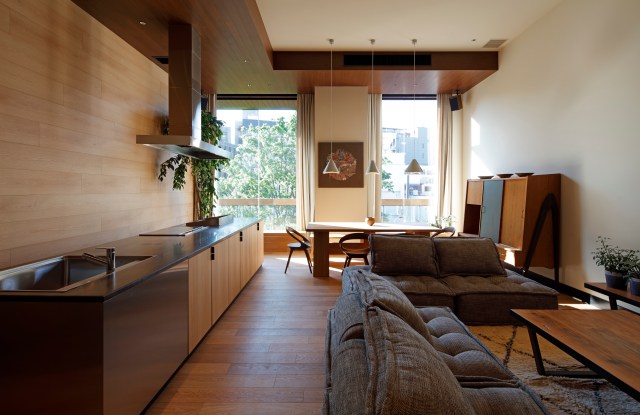 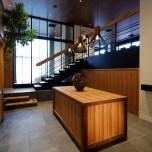 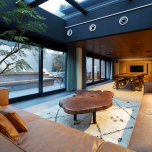 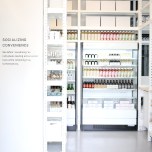 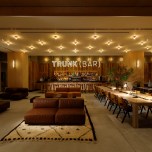 TOKYO — In the youth-centric Shibuya district of the Japanese capital, most lodging options tend to fall into one of two categories: “love hotels” that target couples looking for a bit of privacy, or “business hotels” that provide clean but small and characterless rooms. But now, a new property set to open on Saturday aims to provide guests with something different: a place to socialize.

In a country where boutique hotels are still uncommon, Trunk Hotel goes completely against the grain. Its spacious rooms and plentiful public areas may seem counterintuitive in a city where space is at a premium, but general manager Hisao Koga said the goal is not only to simply give travelers a place to lay their heads.

“When the project was first starting, I went around the world visiting different hotels. But more than just finding things that were popular or worked well and bringing them to Japan, I wanted to make something original that incorporated Tokyo culture. I want to give people an experience they can only have here,” Koga said.

In this sense, like most places in Tokyo, Trunk Hotel is an amalgamation of many things. While it may be called a hotel, it is also a shop, a bar, a restaurant, a café, an event space and a local hangout. Koga said he thinks of it as a “social hotel,” with lots of spaces that are suitable for lounging, relaxing and meeting with friends and business associates. And since “social” no longer only means “in-person,” there is also a seemingly infinite number of Instagrammable corners.

Located in a residential area just off of Cat Street — one of Shibuya’s trendiest alleyways — the four-story, two-building complex is easily recognizable by its large terrace area, built around a towering zelkova tree. Strewn with patio chairs, tables and beanbag chairs made from upcycled sails, the space is immediately inviting. Directly accessible from the terrace is a restaurant serving healthy Japanese and Western foods, as well as a shop modeled after the convenience stores that are so omnipresent across Japan.

“Convenient stores are, of course, convenient, but they also sell things that are mostly not good for you. We wanted to make something that’s like a convenience store but with products that are good quality and good for your body and the environment,” Koga said.

In addition to the organic bath products and organic cotton towels used in the rooms, the shop sells Trunk-branded sandwiches, salads, pastries, snacks and souvenirs including T-shirts, flip-flops, tote bags and coffee thermoses. Customers are encouraged spend as much time as they like enjoying their coffee and snacks on the terrace.

Around the other side of the building is a small Japanese-style “kushi” joint that specializes in various grilled and fried foods on skewers. Koga says he expects this to become a popular hangout where locals can go to grab a quick bite after work.

The lounge at Trunk Hotel in Tokyo.  Kozo Takayama

Inside, a spacious lounge area takes the place of a lobby. A bar along one wall serves hand drip coffee from 8 a.m. and artisan cocktails until 11:30 p.m. Countless cushy sofas, long banquettes and tables of various heights invite guests to use the space as it suits them. There is even a long table with built-in power outlets and free Wi-Fi is available throughout — a relative rarity in Tokyo.

Koga said of all the hotels he visited while conducting research for the project, the one that most inspired him was Portland, Ore.’s Ace Hotel. And while the Trunk is in many ways very different, there are plenty of similarities in the two hotels’ offerings.

Trunk Hotel is owned by a company called Take and Give Needs, which specializes in providing all-inclusive wedding packages to couples in Japan and elsewhere in the Asia-Pacific region. It owns roughly 70 different wedding-specific venues across Japan, as well as others in places such as Hawaii and Bali. And while the Trunk is the company’s first hotel project, it has nearly 20 years of experience with planning and hosting events.

This point becomes clear once one realizes that, despite its relatively large size, the hotel has only 15 guest rooms. Most of these rooms are singles (starting at 27,000 yen, or $240), the result of a regulation in Shibuya designed to put a cap on the number of love hotels in the area. In terms of square feet, much more of the hotel seems to be dedicated to event space than to guest rooms. In addition to a chapel on the fourth floor, there are four separate banquet rooms of various sizes, each with a unique vibe. Koga said all of these rooms are already booked for weekends through the end of the year.

While singles make up the majority of the rooms, there are also some very impressive suites. The largest is more than 1,500 square feet and occupies two levels, with a full kitchen and living area, a dining table that seats 16, and a terrace with a small outdoor pool, a barbecue and an eight-seat outdoor table. While there is only one built-in double bed, the room can be booked for up to 14 people with futons laid out on the floor. It rents for upward of 600,000 yen, or $5,330, per night. Other suites include sleeping lofts, a 150-inch projector for an in-room cinema experience, a full bar and a kitchen complete with a teppanyaki grill.

Upcycling and environmental friendliness is a recurring theme throughout the hotel. Scraps of leather have been repurposed as coasters, the trash bins outside are made from recycled clothing, and the drinking glasses are crafted from melted down light bulbs. All of this melds seamlessly with the overall aesthetic.

“Even if things are ecological, they must connect with good taste, otherwise people won’t use them,” said assistant manager Masayuki Kinoshita.

With all the multiuse space and the variety of guest rooms, one gets the feeling that the Trunk is subtly trying to tell its visitors that anything is possible. And judging by Koga alone, maybe it is. After all, when he started working with the company in 2005, he was the chief executive officer’s driver. Now, at 37 years old, he’s heading up the company’s hotel initiatives, with hopes of opening additional properties soon.