We speak to Converse diehards at the brand's SoHo store party thrown in celebration of the new Chuck II sneaker. 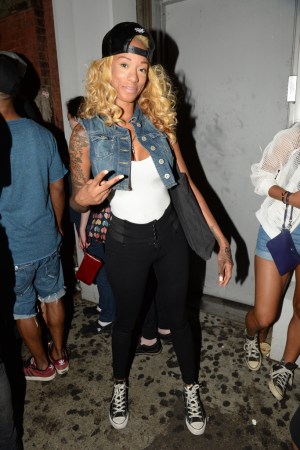 Why mess with a good thing? That’s what diehard loyalists of the Converse Chuck Taylor came to ask Wednesday night, as the sneaker brand hosted a party at their SoHo store to celebrate the newly unveiled Converse Chuck II.

From customers and fans at the party, the response was largely positive. One shopper asked a  valid question — “why change what people already love so much?” — but most were quick converts to the redesign.

“It’s an American tradition, and it’s nice to revamp a tradition,” one shopper said.

Another fan agreed with the shoe’s stamp on American culture. “It’s making something that is an American staple better,” he said.

One sneakerhead clearly had done her research. “They took the insoles from Nike, they double enforced the sole, and they laser stitched everything. It’s innovation to a classic.”

For her friend, the details weren’t important so long as the shoe looked the same. “They didn’t change much aesthetically about it, which is good,” she said.

For another set of customers, the redesign’s new look was noticeable. “I don’t like it because it’s sportier. It looks like a basketball sneaker. I mean, converse was originally a basketball sneaker, but that’s not how it’s seen now.” His friend disagreed: “It’s not too extremely sporty; it’s a good happy medium.”

The sneaker is a classic beloved by many — and its new look was enough to cause a lovers’ quarrel. “I don’t like the new design, but it’s supposedly more comfortable. And she likes them,” a man said, pointing to his girlfriend. Her reply? “I really like them. I said I wanted them but he said no!”