How Coronavirus Is Impacting the Events, Party and Gala Scene

While many brands continue to cancel and postpone events, much of the spring gala season looks to be canceled in the wake of the outbreak — leading to a question of how the industry will rally to support beloved organizations and the people who help them run.

Lady Gaga and Brandon Maxwell at the Met Gala 2019

As if the coronavirus hadn’t already wiped out most of the early spring social season in New York, Paris, London and Los Angeles, Monday it impacted the spring gala of all spring galas: The Costume Institute at the Metropolitan Museum of Art’s celebrity circus on the first Monday in May, which this year is May 4.

On Monday, Condé Nast artistic director and Vogue editor in chief Anna Wintour revealed that the gala — and, oh, yes, the Costume Institute’s accompanying exhibition “About Time” — are being postponed. And, no, she didn’t set a new date — presumably she and all the Vogue minions are working the phones frantically trying to find out when the likes of Rihanna, Beyoncé, the Kardashians and Kardashian Wests, Billy Porter, Lady Gaga and others of their ilk might be able to squeeze the rescheduled event into their fall calendars. (Wintour did, however, use the same web post to reveal she was endorsing Joe Biden for president.)

The postponement of the Met Gala — whenever and if it finally does take place — is certain to unsettle all the other organizers of charity events around, plus raise numerous questions: What will happen to all those outrageous outfits no doubt already in the works for the May event? Will the designers and celebrities still turn out and drop other charity events? How will brands be able to organize their own launches and galas around the Met? Or will the postponement forever change the entire nature of the Met Gala?

But the ball joins a long list of other charity events already canceled or postponed. 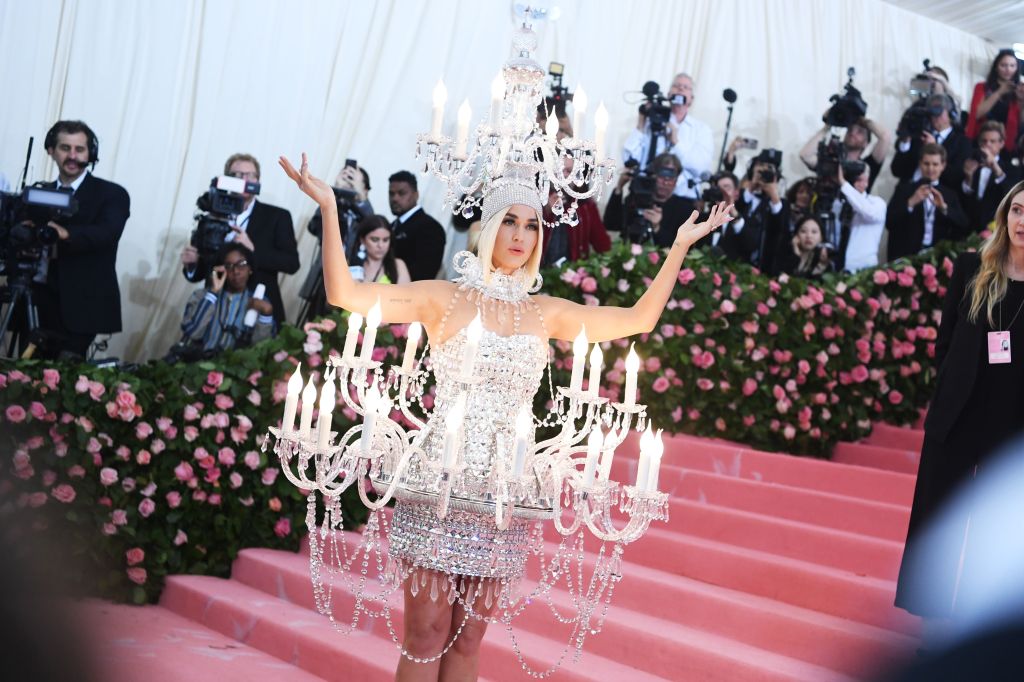 Katy Perry in Moschino at the Met Gala 2019.  Stephen Lovekin/BEI/REX/Shutterstock

After all, by the end of last Thursday, practically every museum in New York had set closures through at least the end of the month, including The Rubin Museum of Art, MoMA, the Whitney, New Museum, the Met and The Shed. In the case of The Shed, it means an early closure for “Agnes Denes: Absolutes and Intermediates.” The Brooklyn Academy of Music said Friday afternoon it was immediately suspending all live programming through March 29.

“Most upcoming spring events are being postponed or put on hold until further notice,” offered publicist Nadine Johnson. “The situation is changing rapidly every day.”

Other marquee benefits on the spring gala calendar, including Save Venice at the end of April, have also been paused. While the New York Public Library’s Library Lunch for April 23 has yet to be postponed or canceled, a decision is likely all but imminent. The Center, closed until further notice, was unable to comment on plans regarding its Fashion Center benefit in early June. 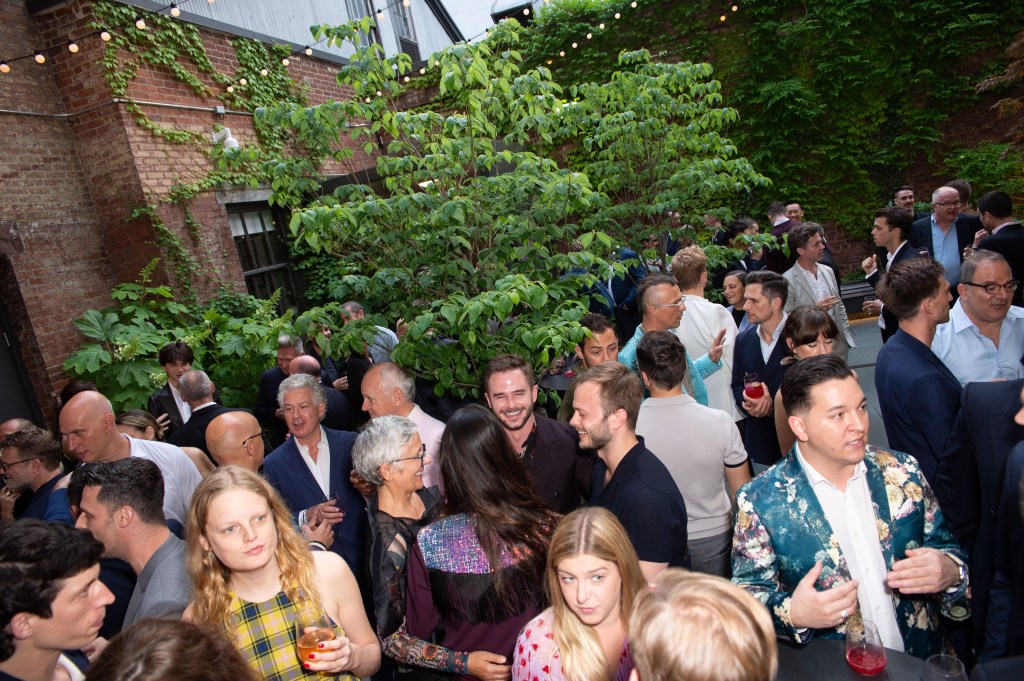 The atmosphere at the 2019 Fashion Center dinner.  Andrew Morales/WWD/REX/Shutterstock

Branded events have also faced uncertainty, with some being called off and others proceeding as planned. A preview event for Peak Restaurant was postponed on March 10, with the publicist adding that the restaurant was working with City Harvest and God’s Love We Deliver to donate food planned from the night’s event to benefit those in need. In L.A., a cocktail planned for LoveShackFancy and Superga’s collaboration, launching Friday, was postponed on March 12.  “Whilst we were so excited to celebrate with you, everyone’s health and safety must come first,” read the e-mail about the event’s postponement.

Sara Byworth, whose firm helped plan the event, noted the difficulties of having to navigate unchartered territory with clients. “I think above all everyone’s health and welfare is the main priority here,” she said. “Whilst the mood seemed almost optimistic last week, I think it has taken a drastic turn especially accelerated by [President] Trump’s announcement [Wednesday] night.”

“It was just a big wake-up call. You realize we have no institutional protection in this situation,” said Van Wyck on Friday morning. He noted that even within the course of a week, the sentiment around events has shifted to a conversation of civic duty and needing to “flatten the curve” of infections. “It all comes down to this notion of we have a responsibility as a community, we have to take steps as individuals that will benefit the community and all that leads to this notion of flattening the curve of new infections.”

He said all of the events the company was working on for April have been canceled, and about 75 percent of events planned for May.

“There are a lot of people in the events business who work freelance, so there are freelance florists, freelance carpenters, freelance caterer waiters, and our system does not take care of those people,” he said. “One thing that’s really important right now is that we all think about our place in the system, in the economy, and try to ameliorate the situations of people who are in a more precarious situation, and for us that means we’re taking care of some of those freelancers.”

He also noted the economic impact for organizations that rely on funds raised through the spring gala season, often crucial for operating budgets. Even if events are postponed, it raises the question of how organizations will augment that support in the short term.

The deep-pocketed patrons supporting many organizations also tend to skew older, complicating matters. While not offering the same cache as a glitzy gala, organizations might consider opting for a digital fundraising event. Nonprofit Communities in Schools of Los Angeles recently canceled its spring gala, but unveiled its Virtual/Raise online initiative from March 18 until April 18 sponsored by CAA in lieu of the formal event.

“These needs are still present in the world; they’re not going away. We still need AIDS research, we still need all these things,” said New York-based event producer Jes Gordon. “You can still send in money and not go to an event. So a lot of times the donors and patrons are still sending in their checks, because it is a tax write-off and they’re still able to give the money, but the event itself definitely struggles because then there’s an empty room.”

Gordon, who has worked in the industry for 32 years, noted that all of her events planned for the next three months have been postponed, which introduces a new set of challenges: rescheduling. While many events are getting pushed to the fall, they also have to navigate an already packed fall gala season — raising further questions as to when the gargantuan gala that is the Met Ball can be squeezed in. 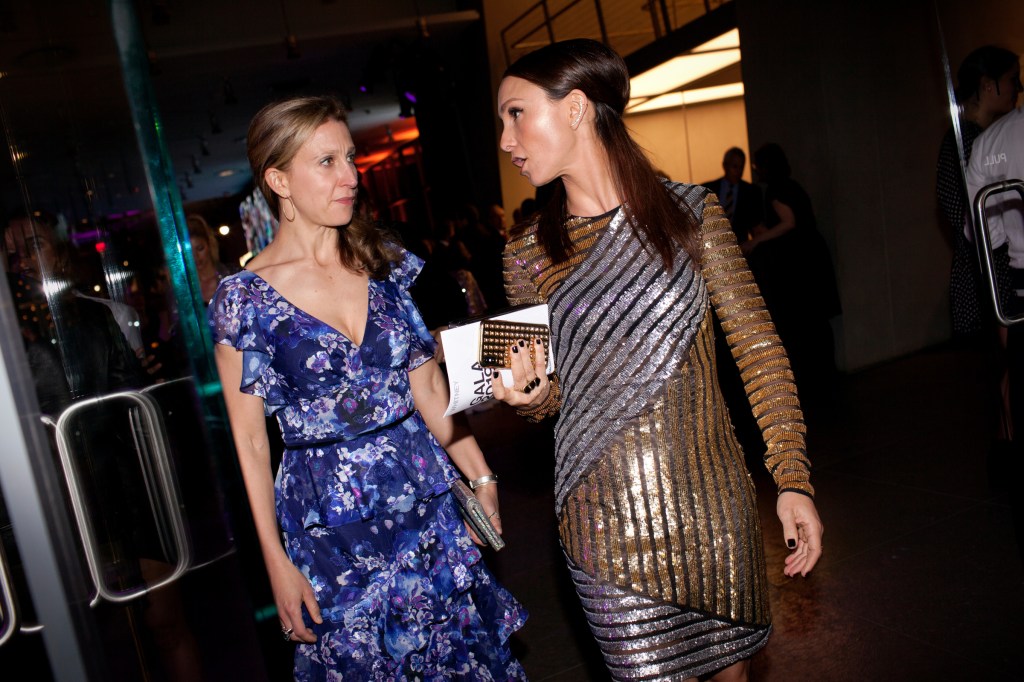 With the New York charity scene generally cooling down after Memorial Day as crowds head East (which also offers a full benefit schedule), looking further into to the summer to reschedule isn’t an option for every organization. Gordon offered Alvin Ailey’s gala at Lincoln Center as an example. “The problem is that if we don’t do it on June 11, they don’t have their slot at Lincoln Center anymore,” she said.

And with so many elements still unknown, the summer might even be off the table. On Monday during a press conference, Trump offered July or August as a timeframe for a return to normalcy.

“It’s a tough situation where we’re just sitting for a few months and we won’t have income at least up until that time,” Gordon said, adding that some clients might also want to wait and see how things progress before re-signing agreements. “We do have client deposits, we do have to live off of them. Hopefully what will happen is that all of this will be rectified by the time final payments come in, and we’ll use that to produce their events. That is why we are really urging the world to postpone and not cancel: if they cancel our industry is, we’re done, basically.”

Despite being in a state of limbo, Gordon noted that the broader events community has been banding together for support, with a large group call scheduled this week spanning from New York to L.A., Chicago, Mexico and Ireland. “We’re calling it a virtual hug. We’re all in the same boat, every level of us in the industry,” she said.

Event design and production company B Floral noted that many of its clients have been postponing their events, and also underscored the importance of community support.

“We know that working together will get us through this difficult stretch. Of course, the health and safety of our employees and our community is the most important thing right now. We’re finding that everyone in the events industry — from vendors to venues — is pulling together and supporting one another,” offered a spokesperson late last week, who also noted that a range of events including product launches, conference and festival activations and media events have been impacted.

The Tony Awards, planned for June 7, kicks off with its nominations announcement on April 28 followed by a press reception on April 30 and nominees luncheon on May 19. With all of Broadway closed until April 12, several shows that planned to begin performances this month have been postponed, some until the fall, and won’t make the April 23 cutoff for eligibility. Slate PR, which coordinates publicity for the Tonys, declined to comment Monday on how plans might be affected.

While much remains uncertain around the impact of coronavirus on Society with a capital “S,” it’s likely that when the worst passes people will have even more reason to go out and celebrate.

“I think that this is a very temporary thing, I think we have to get this thing under control and once we get it under control all the reasons that compel people to come together, to socialize, to celebrate and support milestones and compel brands to create experiential opportunities for their customers and stakeholders, I think all those things are not going away,” said Van Wyck. “And I think they’ll actually come back in full effect, and perhaps from their absence people will be more excited to participate, and more excited to celebrate.” 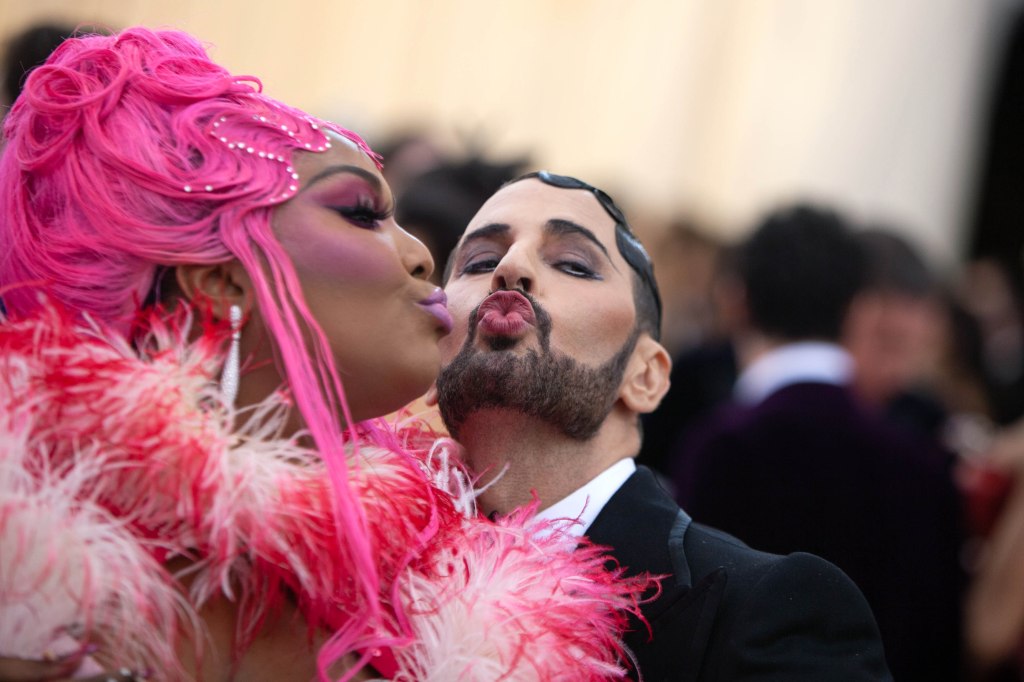 Lizzo and Marc Jacobs at the 2019 Met Gala.  Lexie Moreland/WWD/Shutterstock