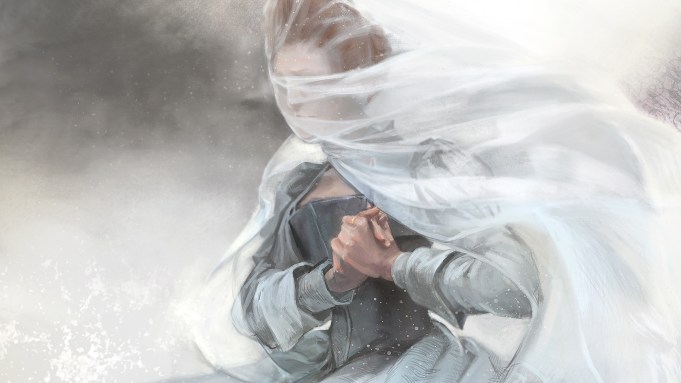 When the script for “Mary Queen of Scots” came her way, British costume designer Alexandra Byrne had an instinctive response to the story. She had dressed Cate Blanchett twice as Queen Elizabeth for the films “Elizabeth” and “Elizabeth: The Golden Age,” in addition to various other period pieces. Byrne, who has been nominated four times for the Academy Award for best costume design — winning in 2008 for “Elizabeth: The Golden Age” — had the opportunity to continue her sartorial exploration of the Elizabethan period — and with two queens at once.

The film, which stars Saoirse Ronan and Margot Robbie, takes an unorthodox approach to the period’s style.

“Number one, it’s not a documentary, because historically the two queens never met. So one is liberated from being completely tied into the period,” says Byrne. “And number two, it’s about these two extraordinary women holding on to their thrones in a world of very predatory men.”

Untethered from the need for historical accuracy, Byrne was able to tap into her deep practical knowledge of dressing the period and guide her choices based on instinctive response to the script. As she puts it, her practical and aesthetic decision processes were able to work simultaneously.

“The story is so strong that I didn’t want it to be ‘here comes another queen in another frock.’ I wanted to try and limit the materials I was using so I could manipulate the materials to tell the story. It’s such a current story; I wanted it to have a real accessibility to the clothes. I think sometimes period costumes can become a bit distant and a bit historical,” she says. “All of those things kind of landed me in the world of denim.”

With the exception of five moments based on portraiture, all of the costumes in the film are denim-sculpted using various treatments. The usage of the material plays off viewers’ associations with the recognizable fabric, which was rendered into Elizabethan-esque gowns and jackets. Similar to a pair of jeans, all of the costumes were custom-made, with the intent of getting better with wear and molding to each actor’s body over time.

Byrne also used color to her advantage throughout the story as a tool to trace the character arcs for both leading queens.

“Color is one of the biggest storytelling tools we have because hopefully without feeling manipulated you use color to navigate your route through a story,” she says. “There’s a very clear delineation — the English court is black, the Scottish court is indigo. It’s about really dressing them for their characters and their practicality, and watch what they’re doing.”

“I think [Queen Elizabeth] delivered one of the earliest p.r. looks, in that she was very aware of the power of her image. Up to the point where she gets smallpox, I tried to dress her very strategically, she goes outfit by outfit which I show in the change of colors. She dresses for each moment for the occasion,” says Byrne. “And she goes really under the radar when she has smallpox, she’s not at court, she doesn’t want to be seen.” Byrne marks the event by muting the colors of her clothes until she bounces back in the third act, when she returns to color.

“[Mary] comes back to Scotland as a widow, and historically the color of mourning in the French court was white, so she’s in the pale gray dress and she’s kneeling in the surf and vomiting. The indigo from her petticoat starts to bleed through and that indigo is the color of solvency, and that is the beginning of her journey living in Scotland.”

One of the film’s final scenes depicts Mary heading to her execution, walking in wearing a black robe before unveiling a red dress underneath. It’s one of the few moments not drafted using denim.

“Red was the color of Catholic martyrdom and she wanted to have that statement at her execution that she was dying as a Catholic martyr. Knowing that from history, I chose to make that red as red as you can get, and then obviously to be very careful where I used red in the rest of the film.”

Although the story is led by the ladies, the men also get their attention — Byrne brought some sex appeal to their wares. The Elizabethan style for men was focused on the “beauty of their legs,” and Byrne noted that while some of the actors came in for fittings with trepidation, they walked out with a different swagger. “You could see their shoulders broadened, and they had a kind of a bit of strut bout them…and a kind of vigor in these clothes,” she said.

Byrne, who trained as an architect before working as a theater designer for 15 years, found a camaraderie with the film’s director Josie Rourke, who is also the artistic director of the Donmar Warehouse theater in London. Reflecting on how her interpretation of designing costumes for various Elizabethan films throughout the years compare, Byrne looks to the intention of the specific stories.

“For the first ‘Elizabeth’ film [director Shekhar Kapur] wanted the story to be about the princess becoming the queen. The second film is about immortality, the golden age. So those two films are actually very different in terms of the color and lighting and style of the film,” Byrne says. “It comes from the script and from working with the director as to the story they want to tell. You could show this script to another director and they would want a different emphasis to it all.”

Stephen James Gets Below the Surface

Jacqueline Bisset Is Having the Time of Her Life