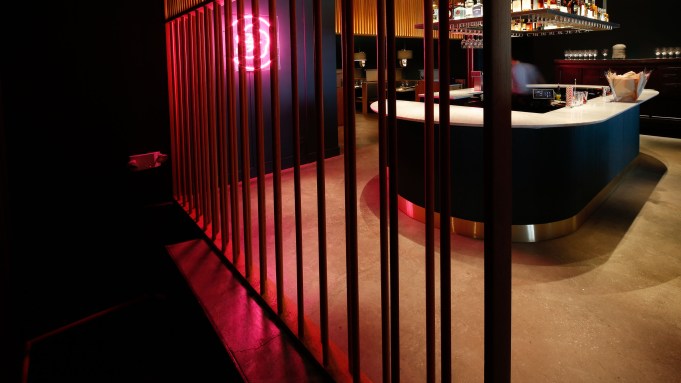 “If you leave it up to me, and I get to pick dinner for four of us, I would pick a Korean barbecue any day,” says Simon Kim, seated inside his newly opened Cote. The restaurateur behind Michelin-starred Piora has taken to New York’s Flatiron district for his follow-up, a casual, hybrid approach to Kim’s beloved Korean barbecue.

“I love when we can get loud, or be inappropriate to a certain degree — that’s because you’re sharing meat.”

Kim developed a relationship to food growing up in Seoul, where dinnertime became equated with family bonding.

“My father was a huge gastronome — he didn’t really work, he just had good wine, ate good food, chocolates…all those really awesome things,” Kim says. “He was such an introvert, so we never really shared how school was going or that sort of thing. He was very much an introvert of a Korean father. But whenever we would sit at a dinner table, which he loved, that’s when the conviviality of the family really came out.”

Kim admits that academics “weren’t really my thing,” but as the youngest child, he took on the role of table clown: “food, and making people happy, was my thing growing up.” His family moved to Manhasset, N.Y., and he later attended Baruch College for finance because “that’s what you do,” but soon transferred out to Las Vegas where he discovered the world of hospitality. “I was made in Vegas, and I knew that restaurants were my thing,” he says.

And while his father was the source of his original love for food, it was his mother who gave him the inspiration on the business side. A “phenomenal” cook at home, she opened her own restaurant, Kori, in TriBeCa some 15 years ago (the family is no longer involved). “When it first opened, it was a big deal,” Kim says. “When I saw that happening, I was thinking that it wasn’t going to work in TriBeCa, and it worked. I thought that I could do better; I started really getting into it and wanting to do my own.”

“In any culture, there is an art of eating meat, and I kind of wanted to fuse the two together — Korean steakhouse and American steakhouse,” Kim says. The space is divided into a reservations-only dining room and a walk-in, more casual food hall setup, with a soon-to-open bar downstairs.

As for his dad’s take on his foray into the business? “As I was opening this, he never really gave me the seal of approval or anything,” Kim says. “And he did say, ‘Whatever you do with your knowledge and experience, you’re going to do well. So don’t worry about it because even your mediocrity is better than a lot of things.’”