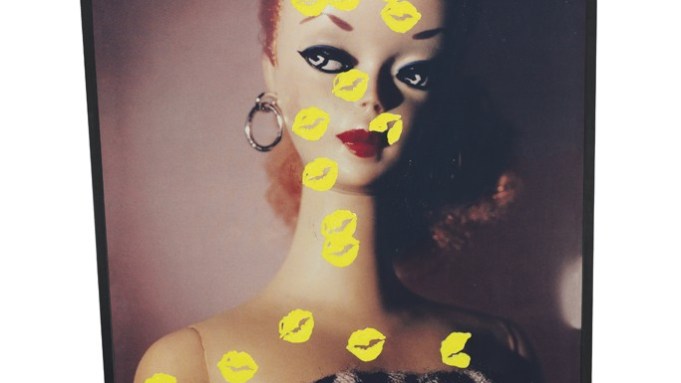 As any showgoer can attest, New York is all about options, especially the city’s cultural and dining scene. Whatever preferences one might have for art, food or after-work fun, Manhattan can match all of the above and then some. Here, a glimpse of some of the city’s newer sites.

The economy being what it is, most working folks aren’t rushing out to bolster their art collections.

But Charlie Adamski and Charlotte Perrottey, coheads of Christie’s Sept. 19 “First Open” postwar and contemporary art sale, insist there is a conservative way to buy art. While Yayoi Kusama’s and John Baldessari’s finery might be a reach for some, the pair offered five tips for all:

1. Determine your budget before you get started.

3. Shop intelligently and consider your sources. There are many different types of galleries, art fairs and auctions. Visit those that offer art within your budget.

4. Spend wisely. Buy the best examples of what you like with what you can afford. This may mean only buying one or two pieces a year, but building a great collection takes time.

5. Express yourself. Collections reflect the collector — buy what you love.

SO MUCH FOR FIFTEEN MINUTES: Twenty-five years after he died, Andy Warhol is still tearing up the art world. The Metropolitan Museum of Art will examine the mop-haired artist’s influence over the past five decades when “Regarding Warhol: Sixty Artists, Fifty Years” opens Sept. 18.

The 150-piece exhibition includes the work of Damien Hirst, Richard Prince, Jeff Koons and Christopher Makos, who offered, “I always thought you had to be dead to show at the Met, but apparently not.”

The work of another influential artist, Gordon Parks, will be celebrated with two exhibitions at the Howard Greenberg Gallery starting Friday. Born into poverty in rural Kansas, Parks, the youngest of 15 children, worked odd jobs before buying a camera and teaching himself how to take photos. Color prints from his 1956 “Segregation Story” will be on view for the first time since they were produced from transparencies found earlier this year in a storage bin at the Gordon Parks Foundation. Greenberg will also show the lensman’s “Invisible Man” photos, which were first published in Life magazine upon the release of Ralph Ellison’s novel by the same name.

Nearby at David Zwirner’s gallery, James Welling’s “Overflow” explores photography’s ties to painting. For his ongoing Wyeth series, Welling traveled to Maine and Pennsylvania in pursuit of subjects and places painted by the artist Andrew Wyeth.

And starting Sept. 16, downtown gallerygoers will soon have another stop to make. The new space P opens Sept. 16 at 334 Broome Street with “Process 01: Joy,” featuring work by Chauncey Hare, Christine Hill and Karel Martens. Founder Prem Krishnamurthy, cofounder of the design studio Project Projects, wants P to take many forms. Given that, every day at 6 p.m. — as if to symbolize punching a time clock — the pages of Hare’s books on view will be turned to show new images and texts, which are meant to reflect on the shifting pressures of life and work.

As the name suggests, Temp, the just-opened, noncommercial art and performance space in TriBeCa, will be all about change. The 4,500-square-foot location is geared for performances and installations such as the inaugural “Working On It,” which houses site-specific work from 12 artists who recently have delved into “the real world.” Next up is a show curated by Lisbon-based Joao Simoes, who was part of the team that curated the Portuguese Pavilion for the Architecture Biennale in Venice.

Practically every New York bar and restaurant is filled with people telling stories. From an architectural standpoint, the new ones seem to favor two-story buildings. Swine, a two-level 70-seat restaurant at 531 Hudson Street, is playing up the popularity of pork. There is an open kitchen downstairs and a more rough-and-tumble bar upstairs with a vintage pinball machine and limited-edition rock ’n’ roll photographs. To help diners from forgetting where to find chef Phil Conlon’s crispy pig’s head terrine, Swine’s phone number is 212-255-PORK.

And fashion types who flock to Koi at the Bryant Park Hotel will soon have another option. Chef Robb Lucas will start serving crispy rice with spicy tuna, baked crab rolls and other favorites at Koi SoHo. The 4,300-square-foot rainforest-inspired space opens Thursday at 246 Spring Street at the Trump Soho.

Meanwhile, Edi & The Wolf’s Eduard Frauneder and Wolfgang Ban are polishing up The Third Man at 116 Avenue C for next month’s opening. Like their other Alphabet City location, their new den will be Austrian-inspired and is sure to welcome Tory Burch and their other style-minded friends.

Another newcomer to the neighborhood is Pouring Ribbons, an 88-seat bar that will specialize in seasonal cocktails when it opens this month. Tucked away on the second floor of 225 Avenue B, the hideaway will change its menu every month or so to ensure the libations are made of market-fresh items.

Cocktail Bodega will also play up the fresh juices, albeit spiked ones, when it opens in a few weeks at 205 Chrystie Street. Revelers will have another option just steps away at CBU (Cocktail Bodega Underground).

BAM is going all out with its 30th Next Wave Festival, five months of performances, artist talks, storytelling and films from headliners like Robert Wilson, Wynton Marsalis and Bill Morrison. The season runs through Jan. 19.

Through Works & Process programs at the Guggenheim, ticket holders can get a sampling of the New York City Ballet, the American Ballet Theater and the Met Opera “The Tempest” in the coming weeks. And for those who prefer to get some culture from the comfort of their own homes, they can watch the live-stream of the W&P events.

NEXT: Coterie at a Glance >>

COTERIE AT A GLANCE