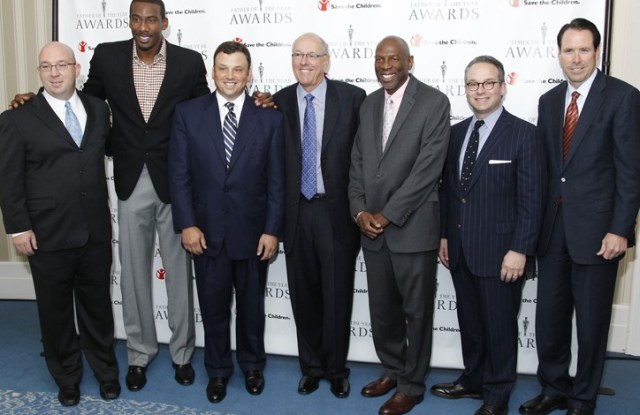 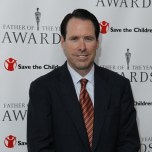 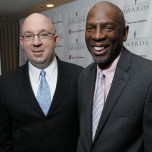 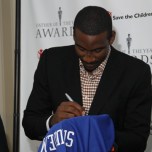 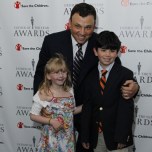 The New York Knicks star, who is acting as a design collaborator with Rachel Roy for her secondary Rachel Rachel Roy line, said as soon as that launches this fall, he’s ready to “branch out into men’s. Definitely,” although he stressed there’s no particular timetable.

Stoudemire, in a Waraire Boswell blazer, Tom Ford shirt and slacks, was one of the five men honored as a 2011 Father of the Year by the National Father’s Day Council at its annual luncheon at the Sheraton New York hotel Thursday.

Robert Evans, a father of four who lost his oldest daughter to cancer, was the recipient of the Ashok Sani All-Star Dad award. Evans, who created Hanna’s Day of Hope, a foundation for those battling cancer, had the overflow crowd sniffling when he told how Hanna, despite a cancer diagnosis at age four, worked to collect “truckloads of toys” for her friends in the hospital instead of focusing on her chemotherapy and radiation treatments. The day of the luncheon should have been her graduation day from fifth grade but instead was the “fifth anniversary of her trip to heaven,” said Evans, who remains “committed to stopping cancer from stealing another child from their parents.”

Boeheim, who didn’t become a father until age 42, said fatherhood is “a difficult job but the greatest job you can have.” Canada said fathers have to work to always be there for their kids: “They don’t care how hard your day was, they just care how much you love them.”

Stoudemire, who said he’s “the walking Buzz Lightyear in my house,” said he always wanted to be a teacher and fatherhood allows him to act in that role.

For Hoffman, the best advice he got from his parents was to “treat people the way you want to be treated, and always wear clean underwear.”

Joe Rivers, the longtime executive director of the Father’s Day Council, who is retiring, was given the Founders Award for his 16 years of service, as well as a Father of the Year award of his own.

The event, which drew 800 people, also brought in “record revenue,” this year, said Stuart Goldblatt, president of the Father’s Day Council and executive vice president of Macy’s Merchandising Group, although the final tally was not available at press time.