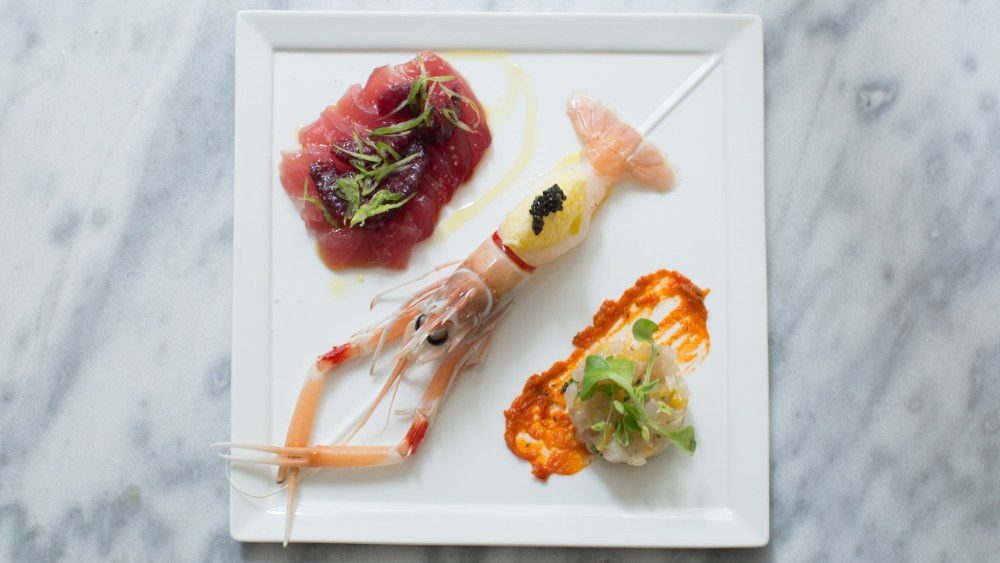 Roberto Deiaco, a one-time executive chef at Armani/Ristorante 5th Avenue, has opened Avena, located on East 57th and Lexington, with a modern Italian menu drawing upon his upbringing in the northern region of the country, as well as his years of experience cooking for Giorgio Armani’s restaurant and Cipriani.

Deiaco is an avid proponent of the Midtown neighborhood Avena inhabits. “The people that live in this area — there are some really really fine people in this area,” he says. “It’s very selective — very beautiful people, even young professionals. It’s modern luxury. It’s coming back to being glorious business — Midtown East used to be the best area in New York City. I’ve worked for 20 years in Midtown and I decided to stay here. It’s kind of nice, no?”

While going it alone was, as for most chefs, always the goal, Deiaco says his time working for the Armani brand was formative. “The guy is probably the most fantastic person I’ve ever met,” he says of Armani. “I mean, just the handshake: you feel that energy. I’ve never met anybody like that.”

His time with the Armani team taught him the importance of knowing the New York audience. “[Mr. Armani] started the place importing all the chefs from Italy, from Michelin-starred places, and it didn’t go well,” Deiaco says. “They didn’t have the New York experience to run a place. So they just tanked — two months and it was over. They brought me aboard and the reason they brought me, coming from Cipriani, is that at Cipriani it was a huge operation. I went to Armani because I wanted to express myself. But every time I work for someone I adopt who that person is.”

At Avena, he has taken the Armani way and personalized it. “I prefer to work with a lot of seafood,” he says. “I love the combination of different temperatures — combining warm and hot and frozen.”

And when it came time to naming his own place? “I grew up as a farmer,” he says. “So what is the first word you learn? Avena — it means ‘oat.’”