‘Delirious’ Opens at the Met Breuer 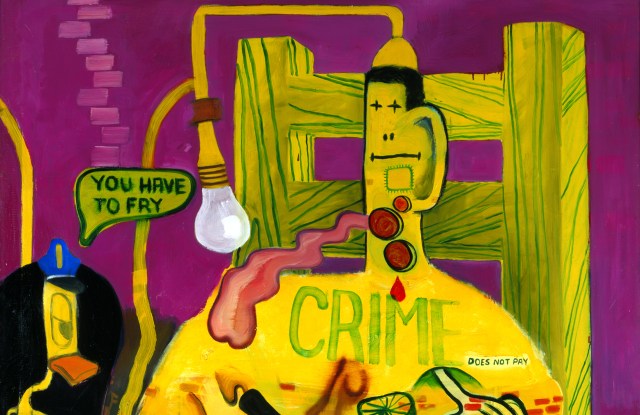 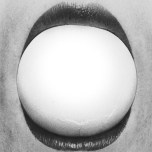 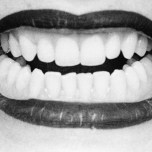 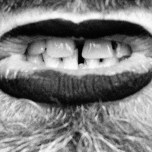 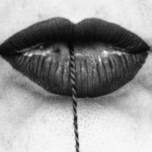 “I always suspected that more artists were interested in the irrational than art historians usually suspected,” says Kelly Baum, curator of “Delirious: Art at the Limit of Reason,” now open on the fourth floor at the Met Breuer.

The exhibit takes a look at art made between 1950 and 1980. “We associate the Sixties with counterculture, drug use, with psychedelia,” Baum continues. “But I always thought that there was more to the story than just that. What I wanted to do was reframe the history of art between 1950 and 1980 through the lens of delirium.”

Baum points to the instability of that time period — fallout from World War II and the Holocaust, the Vietnam War, counterculture and major shifts in society.

“What I argue in a sense in the exhibition is that delirious times demand delirious art,” adds Baum. “Artists responded to the social and political chaos by making art that was itself chaotic and dynamic, unstable, strange. And so I think of this exhibition as a kind of portrait of the postwar era through art.”

Baum began thinking about framing a show around the idea of delirium five years ago, before she had arrived at the Met. Roughly 30 percent of the artwork included was pulled from the Met’s permanent collection, including a few pieces that haven’t been shown for decades: An early Robert Smithson sculpture from the mid-Sixties; several works by Howardena Pindell. Baum credits Sol LeWitt as an important anchor for the show. “LeWitt always maintained that his work was the antithesis of rational. He always said his work was irrational. I thought that was interesting, because nobody describes it that way. And I thought, I wonder if I could make an exhibition about that moment when conceptual art becomes irrational.”

“As far as choosing which works count as delirious and which ones don’t, I wanted some of my choices to be really obvious. Artists like Jim Nutt, Peter Saul and Claes Oldenburg, I find all those works to be explicitly strange and disturbing and irrational, but I also wanted to choose works that were counterintuitive,” says Baum. “It was part of my goal to reframe a lot of systematic and geometrical art from that period as absurd or compulsive or obsessive…it is an exhibition that really asks you to take a conceptual leap with me.”

The show, which brings together a broad range of artists working across disciplines — geometric abstraction, film, sculpture, performance art — is categorized into four sections: Vertigo, Excess, Nonsense and Twisted.

“Essentially what I try and do is rationalize this interest in the irrational, so it requires maybe paradoxically putting a box around all these ideas which really fight against categorization and a lot of intellectualizing,” says Baum. “But I feel like that’s my job as a curator and art historian….I also really wanted to make sense of this sprawling survey of postwar art to try and help viewers make sense of it,” she continues. “By the time you’re in the last gallery, you’re really hit by the social and political and military chaos of that period, and how it’s reflected really powerfully in works of art.”

Although the exhibit focuses on work created decades ago, Baum notes that there are parallels between the postwar era and the present.

“I also see some of the same struggles and anxieties and struggles that we’re facing today mirrored in the art that’s on view,” Baum says. “Even though that art was made 30, 40, 50 years ago, it still has a lot of relevance today. And that’s why I was so keen to organize an exhibition on this subject, on the subject of delirium, because it has as much relevance today as it did then.”

And as for what artists are creating out of these tumultuous times, well, time will tell.

“We’re about to see the first batch of exhibitions by living artists that include art that’s taking account of this last year,” says Baum. “I think we’ll be able to make that comparison more clearly in the coming months.”

More From WWD.com:
‘An Incomplete History of Protest’ Exhibit at the Whitney Museum
The Met’s Costume Institute Said Eyeing Fashion and Religion for Next Year’s Exhibition
At Work: Catinca Tabacaru, Gallerist
Art Production Fund and FriendsWithYou Unveil ‘Little Cloud’ Sculpture at The Street