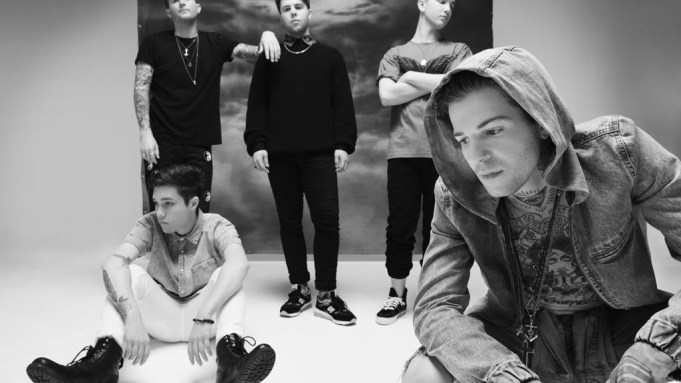 It’s that time of year again — when festivalgoers and fashion scenesters descend upon Indio, Calif. for the Coachella Valley Music and Arts Festival, which begins its first of two three-day weekend runs today. Although the fest has grown to include more big name headliners like Red Hot Chili Peppers, Modest Mouse, Phoenix, Vampire Weekend and Wu-Tang Clan, it’s still a mainstay springboard for that ever-elusive next big thing. Here, some burgeoning acts to check out at the show.

The Neighbourhood
Hometown: Thousand Oaks, Calif.
Sound: So-Cal indie-rock
Style: Leather jackets, tats, hoodies and Vans.
Coachella Talk: “Coachella was actually where we got the idea to start a band. We were watching Arcade Fire two years ago and knew we had to just go for it. No questions asked,” said Jesse Rutherford, lead vocalist.

Grimes
Hometown: Vancouver
Sound: Synth-pop
Style: Lady Gaga-meets-Japanese hippie chic. “Grimes,” (née Claire Boucher) changes her hair as much as her electro-tunes, though her blunt-cut bangs remain the same.
Coachella Talk: “I need to be comfortable before anything else when I’m performing. I’m probably going to wear something by Jeremy Scott at Coachella. I like the idea of artists who flirt with pop culture and who make a statement that’s not necessarily political. With someone like Jeremy you can enjoy it and take away from it whatever you want,” said Boucher.