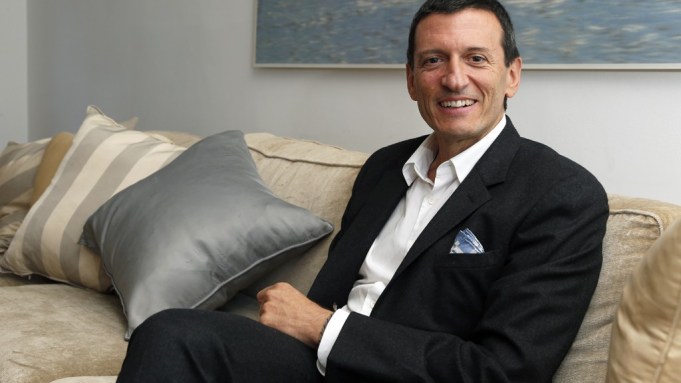 The word “icon” is bandied about much too freely today, but Diana Vreeland, fashion editor of Harper’s Bazaar, editor in chief of Vogue and curator of the Costume Institute of the Metropolitan Museum of Art, really was one. She fascinated everyone in the fashion world and many outside it. So it’s good news that her grandson Alexander Vreeland has gathered together a large group of the memos she wrote at Vogue in a new book, “Memos: The Vogue Years/1962-1971/Diana Vreeland” (Rizzoli New York), which he edited. Memos and letters were the way she communicated with her staff, and the book gives a unique set of insights into the way she worked. Alexander Vreeland makes the point that Harper’s Bazaar was the leading fashion magazine of its time, while Vogue was considered more of a society publication, but his grandmother changed that.

Alexander Vreeland has been a high-ranking executive at Ralph Lauren and Giorgio Armani, owned his own fashion company, and is currently working as a consultant on a number of ventures. His father, Frederick, a former diplomat, believed that his son’s background — and the fact that he had helped care for her late in life — made him the ideal person to handle his grandmother’s legacy, and he has done that, seeing that her books “Allure” and “D.V.” have made it back into print, and also creating this one. Bergdorf Goodman dedicated windows to the book and will be throwing a book party in the store tonight.

Vreeland and his wife, Lisa Immordino Vreeland, live in an apartment in a beautiful brownstone in Manhattan, which they share with their son Reed, daughter Olivia and charming boxer Fischio, which means “whistle” in Italian. Lisa’s film, “Diana Vreeland: The Eye Has to Travel,” came out last year. Reed, who worked at The Paris Review, helped put together the “Memos” book.

Diana Vreeland was a marvelous, self-invented character. Never a beauty, she transformed herself through style, will and charm into a sought-after debutante and married banker T. Reed Vreeland, one of the handsomest men of his day, who was always impeccably dressed, too. In the early years of their marriage, they lived in Albany, N.Y., then moved to Europe, where they spent six-and-a-half years. A legacy from her grandmother helped them live stylishly. While they were there, designers began approaching Diana to be their mannequin du monde, borrowing or buying their creations at reduced rates to show them off on the social circuit.

She hadn’t been to college and never expected to work, but, when the couple returned to the U.S., she met Carmel Snow, editor in chief of Harper’s Bazaar, where she began writing a column, “Why Don’t You…” It featured style and fashion suggestions for the rich, as in “Why Don’t You start a topiary garden of box or yew and clip the bushes into peacocks and poodles?” or “Why Don’t You give a new note to your sitting room by introducing a Victorian chair upholstered by Jensen in bright emerald green cotton, buttoned in white with little white chenille earrings on either side?” The engaging, often silly, ideas attracted a lot of attention, and the column was satirized by S.J. Perelman in The New Yorker.

The memos in the book communicate in the crisp, clear voice of someone who usually knows what she wants, and, if she doesn’t, will recognize it when she sees it. They are intelligent, well-written, frisky and highly evocative of a time when a great deal of exciting fashion was created.

Condé Nast had not kept copies of Vreeland’s memos, but her grandson solicited them from people who had worked with her. He rounded up about 2,000, many of them from Grace Mirabella and Pilar Crespi, daughter of Consuelo Crespi, who worked closely with Vreeland. He believes that there are more out there, but was surprised to find that quite a few of her former colleagues had thrown theirs out. “They show how to work with creative people, how to manage creative people,” he says.

Another surprise for Vreeland was that the great model Veruschka had played such a key role at Vogue. Some of the photos written about in the memos that he then tracked down seemed dated; none of those with Veruschka ever did, he says. One of his favorite memos was written to Cristóbal Balenciaga when he closed his house. He also likes a Feb. 19, 1965 memo, referring to her initials, in which she says that she “does not tilt.”

He notes that all the memos were dictated, since D.V. couldn’t type. Those which were directed to a group of staff members, she usually never saw again, but on letters, which she reviewed, she would add corrections in her characteristically dramatic handwriting. She would communicate an idea to a photographer or a stylist, but let them “figure out by themselves how to execute it,” he adds. She said to Richard Avedon, for instance, of a shoot in Egypt, “Think of a young Cleopatra pacing around on a roof.”

Alexander is at pains to point out that she got the best work out of people through encouragement, not by being a tough taskmaster. As Amanda Mackenzie Stuart, whose biography “Empress of Fashion: A Life of Diana Vreeland” (Harper Perennial) is just coming out in paperback, said, “She was not a bitch.” Her longtime colleague Sarah Slavin called her “a joy to work with.” She also changed few of the staff members when she arrived at Vogue from Harper’s Bazaar.

One memo, from Feb. 17, 1967, says: “Brigitte Bardot travelled halfway across the world to get married barefoot.…Mrs. George Harrison, wife of the Beatle, arrived on her honeymoon from Nassau to London Airport in a miniskirt — published by us last winter.…The tote bag is the thing.…The great trip into unknown rough country is the thing…”