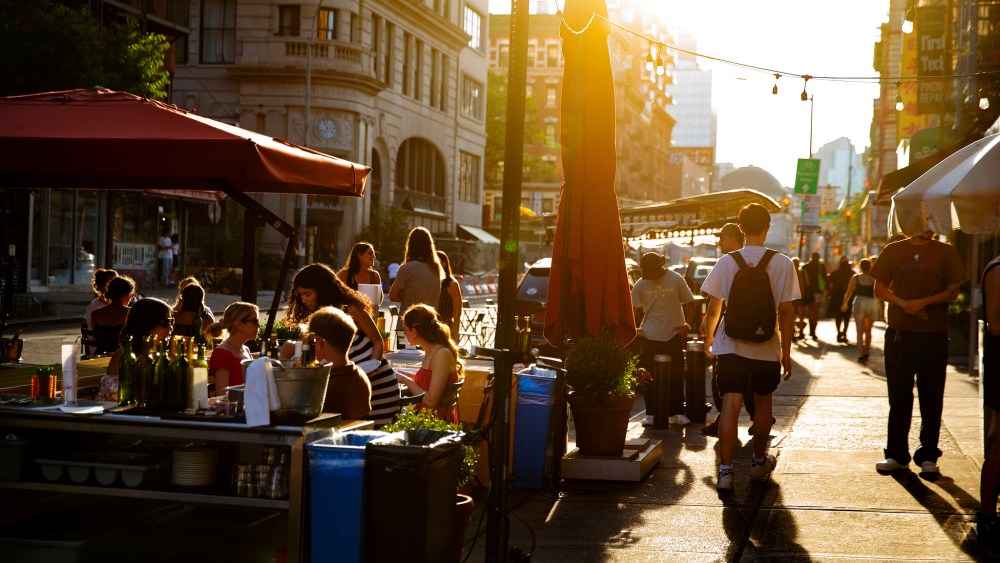 If you’re in New York City right now, you know there’s only one pocket of streets Jon Neidich could be talking about: Dimes Square. Sure, the coolness of the few-block radius where Canal, Division and Orchard converge has been much discussed in recent years, but this summer in the city the area has never been buzzier, thanks to closed-off streets that instantly create a block party feel, and a few new hot spots that are packed on any given night, despite the city generally being emptier during these hot, slow days.

Neidich has recently opened Le Dive, a French wine bar occupying an open cornerfront with ample people-watching. Also new to the block is Nine Orchard, a luxury hotel with a swanky chic lobby bar and Corner Bar, which, as implied, sits on the corner of Canal and Allen Streets, and is the latest from Ignacio Mattos of Estela and Altro Paradiso. The newcomers neighbor existing hot spots Kiki’s, Cervo’s, Dr Clark, Forget Me Not and, of course, Dimes.

“There is just an amazing energy in that area, ” Neidich says. “There’s been a great energy of creatives and artists down there for a long time, and it’s almost like more people have just started to realize it. There’s a great positive buzz to it. Part of it is the geography of it feels like this older form of New York — it’s still not really developed, and then the way that Canal intersects with Division Street and the Plaza that it creates, it has this really great feel in a slightly off-the-beaten-path type of vibe. It’s a little industrial, it’s a little funky still.”