Although it seems like a tradition from bygone eras, the idea of an experiential activity mixed with communal dining feels distinctly of the now.

Guests can dine and drink Champagne, plus a range of sake varieties and cocktails, while watching live music at Special Club.

Photograph Courtesy of Special Club/Gary He

If you’re walking on King Street in New York City’s West Village and aren’t paying attention, you might miss Special Club. But below the sidewalk, there’s a tiny set of stairs leading to the new subterranean jazz club from restaurateur Ariel Arce.

Special Club, which opened for business this week, offers guests dinner and a show; local jazz acts play onstage weekly, along with a seafood-forward menu (think hamachi crudo topped with roe) and extensive Champagne and sake options. Arce says she wanted to evoke the vibe of old-school musical social clubs, where attendees watched live music, sat to dinner and had drinks.

“I grew up with stories from my dad about his upbringing in New Orleans and how, when he was my age, he worked in the service industry,” she says. “At the end of every night, he would go out and spend all his money seeing live music.”

Although this was her father’s tradition years ago, the idea of an experiential activity mixed with communal dining feels distinctly of the now. Arce, who is the owner of Tokyo Record Bar, Air’s Champagne Parlor and Niche Niche (which is stationed upstairs from Special Club), says she noticed modern diners enjoyed active eating experiences. They wanted to be involved with what was going on around them during their dining or drinking.

“I’m seeing more and more that people are into, not so much experiential dining — and communal dining isn’t the word either — but community-driven dining, where they integrate themselves with and acknowledge other people around them.” 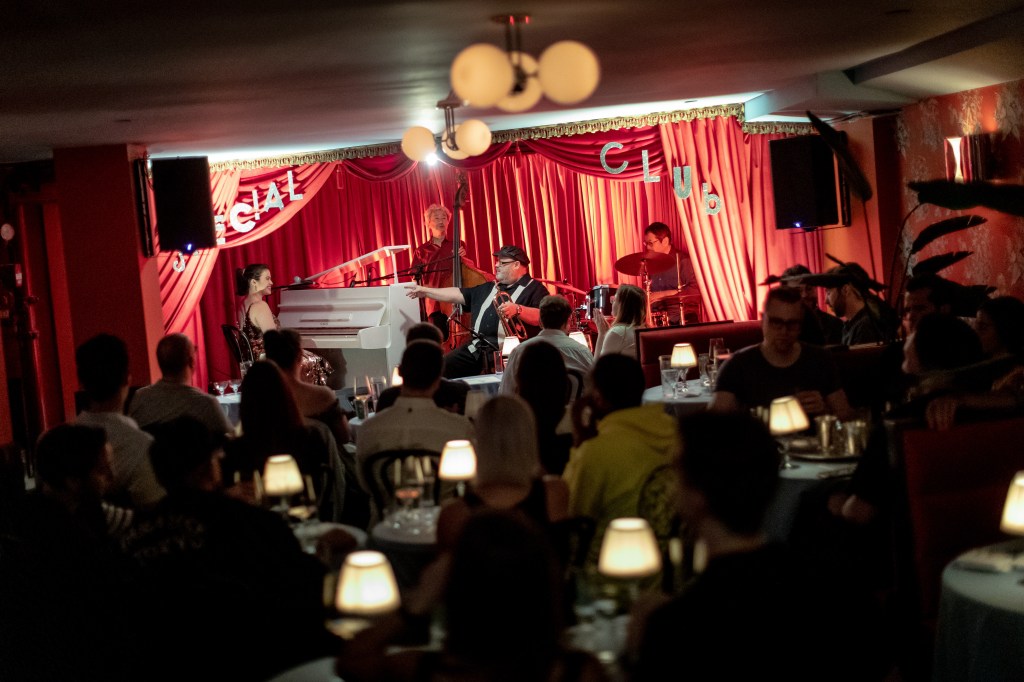 Champian Fulton and her band perform at Special Club.  Photograph Courtesy of Special Club/Gary He

On a recent Friday night, friends and fellow business owners filed in to get a peek at the club’s offerings. Round tables covered by white tablecloths stood in rows in front of a stage draped with crimson curtains. Booths for larger parties lined the perimeter of the space, which had low ceilings and moody lighting.

One guest that night was Annie Shi, a coowner of the acclaimed King Restaurant, which neighbors Special Club by half a block. Shi got to know Arce after the Special Club owner took on the space that would become Niche Niche; the King team even signed Arce’s liquor license petition.

“When we moved in [with King] the only other restaurant nearby was Charlie Bird — this was such a barren corner,” Shi says. “There was nobody on Sixth Avenue. Now our little corner has become a community.”

The featured band for the night, a jazz quartet fronted by pianist Champian Fulton, played a mix of original songs and classic standards. Although the crowd was listening, and clapped loudly once each song was done, they still chatted among themselves intermittently, creating a buzz in the air that contributed to the giddy feeling the Champagne and sake lent. 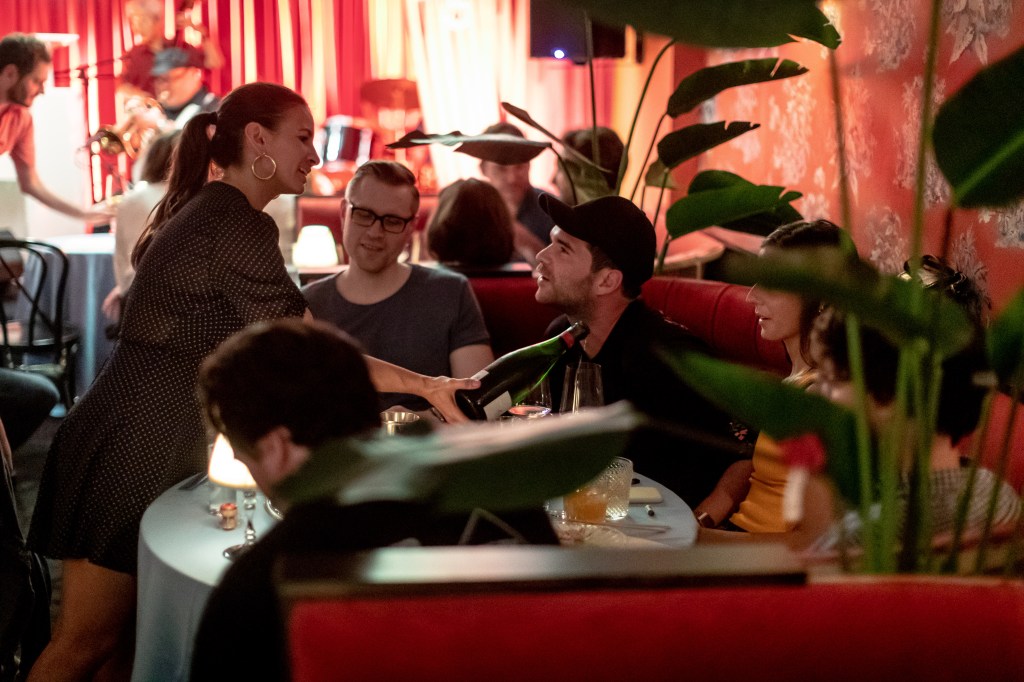 Ariel Arce gives guests the rundown on Champagne, one of her areas of expertise.  Photograph Courtesy of Special Club/Gary He

“The room was so sexy that night,” Arce says a few days later, laughing. “Everybody was making out. People were getting close. It was everything that I wanted it to feel like.”

She didn’t have one particular venue in mind that served as inspiration for Special Club — in fact, there were several. The social club is an amalgamation of places Arce frequents herself, with a number of tweaks.

“I love going to Café Carlyle, but the food and the drinks aren’t that special,” she explains. “I really like going to The Django, but it’s big and it’s not as intimate. Going to the Village Vanguard and Smalls are amazing because they’re just rooms of history. But you can’t eat, and drinking there is pretty simplistic. I wanted to apply this idea of a musical space where you can integrate all of those elements and not deter from the music — but at the same time, not have to sit silently and just watch.”

Arce knows about the relationship between crowd and performer — she spent the first 15 years of her life as a professional actor. She says her experiences on stage contributed to the theatrical elements of Special Club, and ultimately help conjure the kind of magic she felt while acting.

“All of the amazing technology we have these days is actually taking away from real, true, art in the dining space,” she says. “We live such isolated lives. People work at desks all day long, we stare at computers, we stare at our phones. When you go to a restaurant, you’re looking to be around the people that you come there with or — god forbid — even meet a stranger. These things make people become connected to the experience and make them want to come back.

Gurney’s Star Island Is the Newest Luxury Resort Out East

The Perfect Florence Night Out