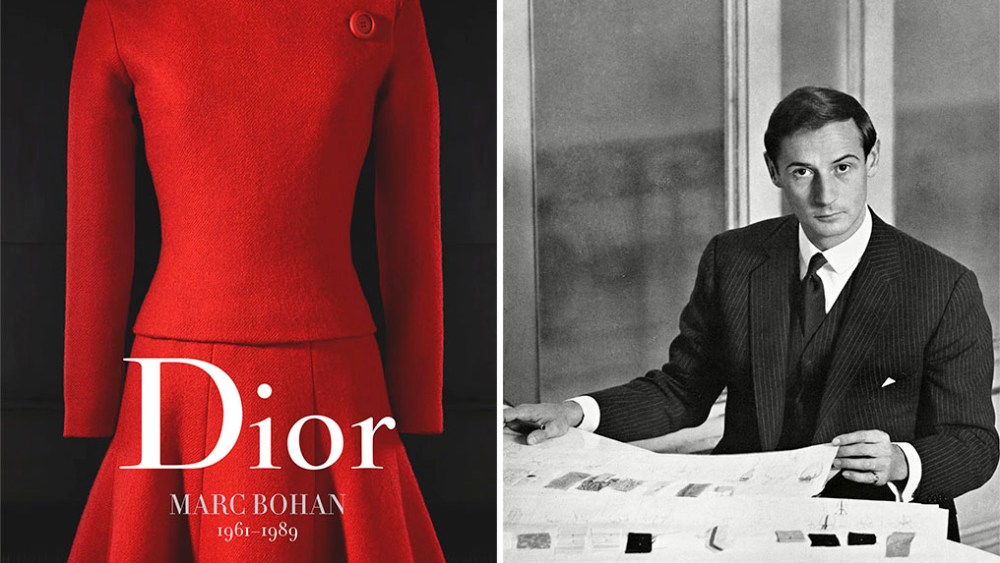 Marc Bohan was the creative force behind Christian Dior’s most iconic collections for three decades. Now, nearly 30 years after his 1989 departure from the couturier, Bohan’s career is being celebrated with a coffee table book compiled by author Jérôme Hanover.

The third in a series of seven titles being released by Assouline spotlighting each of Dior’s lead designers, “Dior by Marc Bohan: 1961-1989” is the first of its kind to explore the 91-year-old’s storied career at the French house, where he began working in 1958 in London. He was tapped to succeed Yves Saint Laurent when the latter left the fashion house for military service and subsequently founded his own label, and Bohan would become the longest-serving designer at Dior, longer than even Christian Dior himself.

“I wouldn’t say he’s shy, but discreet,” Hanover says of Bohan on the phone from Paris. Given the paucity of literature available about him, the French journalist gathered his information over three lengthy interviews with the private designer, who throughout his career befriended clients including Elizabeth Taylor, Sophia Loren and Grace Kelly, the latter of whom Hanover says “wanted to be treated like a regular client.”

Where some of Bohan’s high-profile devotees would insist on bespoke pieces, the late princess “didn’t want to have special creations for her,” Hanover says. Instead, Bohan would send Kelly a “very luxurious look book with samples of fabrics and handmade drawings.” But his talent was not only in his designs, but in his understanding of each client’s individual personality.

“In French we say l’intelligence de l’autre — the intelligence of the other,” continues Hanover. “He was really understanding of personalities and knew how to give what people were expecting. He was very friendly with [these actresses] because it was a more natural relationship than an opportunity for publicity.”

Bohan — who retired to his house in Burgundy — was a confidante of French playwright Françoise Sagan and was among the first to know when Elizabeth Taylor and Richard Burton reunited after their short-lived first divorce. “They were in London and all went to a restaurant to tell [Bohan] that he was right [in knowing] the divorce wouldn’t last,” says the author.

The book contains hundreds of images of Bohan’s work by contemporary photographer Laziz Hamani, and illustrates the “playful humor” in many of his designs, including the “Caniche” dress (French for “poodle”) from autumn 1961 — its skirt comprised of black loops of wool resembling the canine’s coat. “He has a very smart humor that was full of references,” Hanover adds.

Unlike other designers who have reimagined certain signature looks across multiple collections — Hanover notes Diane von Furstenberg’s wrap dress and Saint Laurent’s “Le Smoking” tuxedo for women — Bohan’s designs “didn’t follow threads.” Hanover adds, “When you look inside his collections you have so many ideas that are like an [isolated] firework. He was creating all the time, but when it was done it was done and then there was another one happening.”

The book offers a comprehensive retrospective on his three decades at Dior, but Hanover insists this first-ever compilation gives a glimpse of Bohan “not as a man of one style, but as a man of style.”

“When you see shows in 2018, you see Bohan everywhere,” he explains, saying designers are becoming more interested in the chic Sixties style epitomized by Bohan at Dior. “You see [his work] in Prada, Raf Simons, Hermès — I think it will help fashion to remember that Marc Bohan really designed the Sixties. You can see it everywhere.”