The latest crop of participants in the annual project suggests the art world is finally ready to embrace fabric. 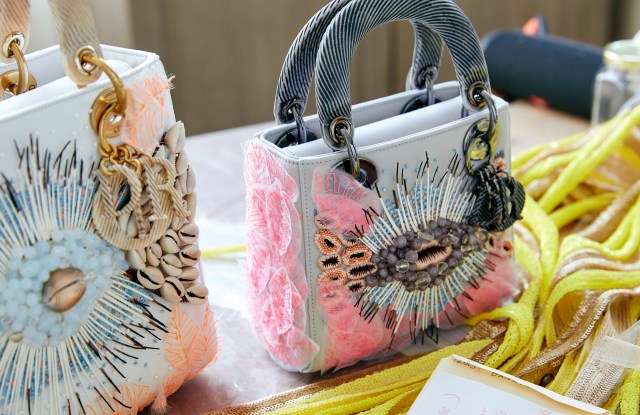 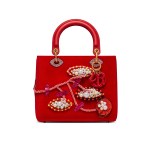 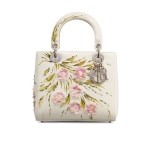 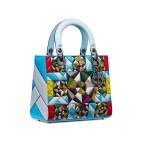 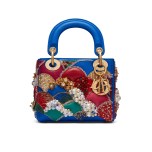 The topic has been hotly debated in art circles for decades, but the latest crop of participants in the Dior Lady Art project suggests the medium is thriving — as evidenced by a resurgence of textile art on gallery walls. At the Frieze fair in London this month, there was even a new themed section called “Woven.”

Right on cue, artists such as Athi-Patra Ruga, Rina Banerjee, Maria Nepomuceno, Mickalene Thomas, Jia Lee and Eduardo Terrazas have deployed a variety of techniques — including quilting, embroidery, patchwork and printing — to customize the Lady Dior handbag, using methods drawn from cultures across the world.

Joana Vasconcelos, Marguerite Humeau, Kohei Nawa, Wang Guangle and Raqib Shaw round off the list of artists who designed bags for the fourth edition of the capsule collection, which will bow in November in Shanghai, to be followed by a presentation in Miami during Art Basel Miami Beach in December.

Before becoming an artist, Ruga studied fashion design at the Gordon Flack Davison Academy of Design in Johannesburg in his native South Africa. “It’s a school that is very much based on technical brilliance, constructing everything by hand,” he recalled. “If you miss a stitch, you unpick the whole jacket.”

That training has fed not only into his performance work, in which he embodies characters or avatars, but also into his sculpture and petit point tapestries. 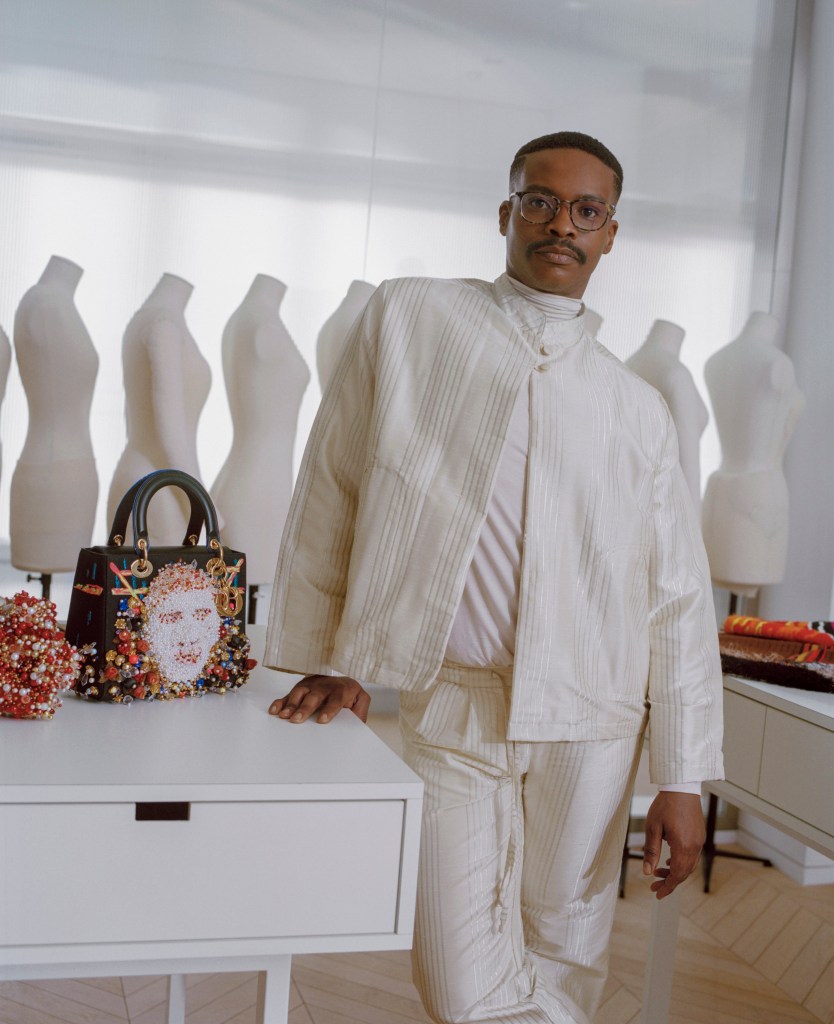 One of his two designs for Dior features a ghostly 3-D self-portrait composed of pearls, framed by crystals, fabric and metal flowers embroidered on a black background. The second bag, in blue lambskin leather, is adorned with a quilted scallop motif inspired by founder Christian Dior’s famed Junon gown.

Ruga noted that contemporary art has long frowned upon anything too aesthetically pleasing. “I think that’s the modernist curse: if it’s too beautiful, it’s not art. For me, I find there’s just something so punk about high fashion and high craftsmanship, which is one of the cornerstones of both my studio and the Dior studio,” he said.

“Once you talk about the subject of textile art, we have to speak about the fact that it is highly gendered. Once one speaks of it reaching a tipping point, we are speaking about, and actually probably also indicting, the arts and creative industries for having quite a sexist view of craftsmanship,” Ruga added.

“The art world has to also have the same energy in redressing how this art form that has always been viewed as this women’s work, and not art, is now interesting,” he argued. “Is that linked to a wave of women’s liberation, or is it linked to the market? For me, those are the two ways to look at that tipping point.”

“I’m really fond of fashion. I make my own clothes. I make them not only by machine, [but] by hand, and that’s something I learned from my mother growing up in New York City, where she thought the clothing was not colorful enough, imaginative enough,” she said. 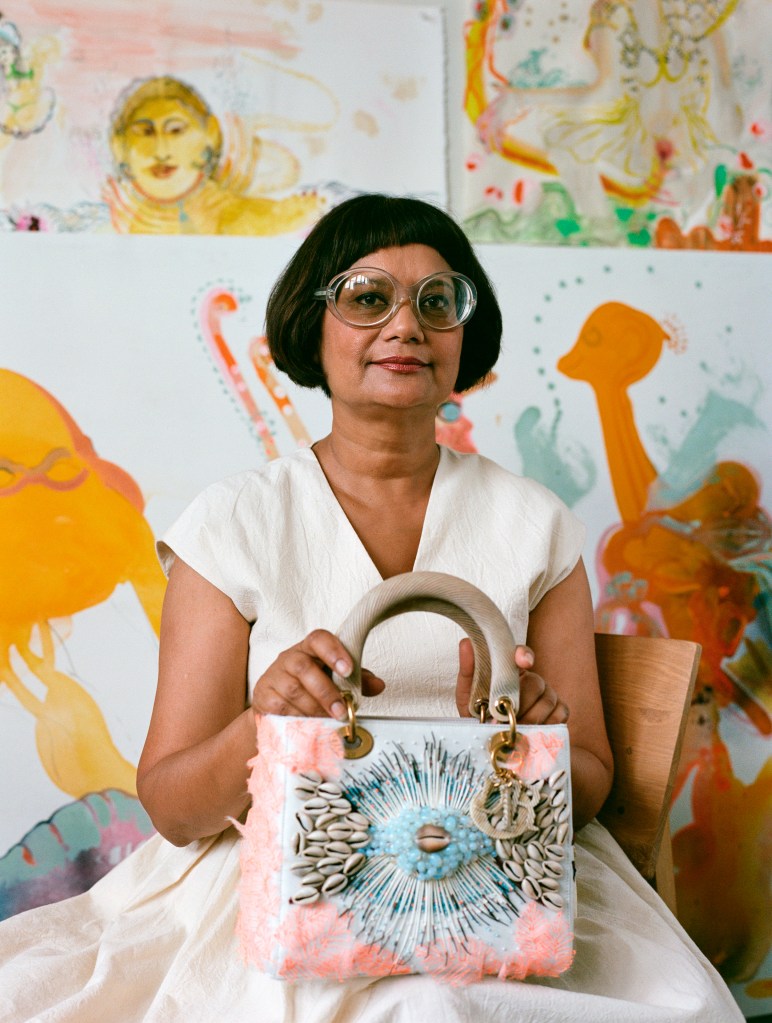 When Banerjee was at art school, students were discouraged from using textiles. “It was not considered serious art before and that’s what I experienced maybe 15 years of my career — the resistance to that by collectors and critics as well as curators, that it couldn’t be a viable form of expression within the context of fine art,” she said.

“There was this idea that the artist should not be fashionable, that they should be antifashion, and I think that changed over the Seventies. Art was very removed from fashion, and I think those two arenas have really not only come together, but are clearly talking to each other and supporting that kind of tradition of textiles, which is probably as ancient as the caveman,” she added.

Humeau’s approach, while rooted in ancient civilizations, has a more futuristic spin. Her monumental resin sculptures always stem from an enigma. For the Dior project, she was inspired by a funeral urn made from an intriguing mix of alabaster and rock crystal that she spotted at the National Archaeological Museum in Naples.

The French artist worked with the Dior teams to create the brand’s first 3-D-printed bag, a wave-like object made from rigid corn resin that can be carried around and hold objects, but remains first and foremost a sculpture. “They told me it was the first time the bag had been deformed to that extent,” Humeau said with a laugh.

“I wanted this bag to be like a specter, almost like a mutant entity, that would look as if you had thrown the Lady Dior into a whirlwind or a hurricane. The final bag is like the screenshot of a specific moment in the transformation of the bag,” she added.

Humeau, whose work is featured in five exhibitions this month in Paris, Brussels, Istanbul and Bolzano, Italy, said it was her first time working with a fashion brand, but she hoped it would not be the last. “I think this collaboration is going to introduce my work to a huge new audience,” she said.

While she would not feel comfortable creating merchandise or more portable forms of her sculptures, she saw a wide potential for crossover between fashion and art.

“It’s up to each artist how they want to work, but things are quite fluid now. To me, it doesn’t matter what medium you operate in. I just want to remain sincere and faithful to my work,” she concluded. 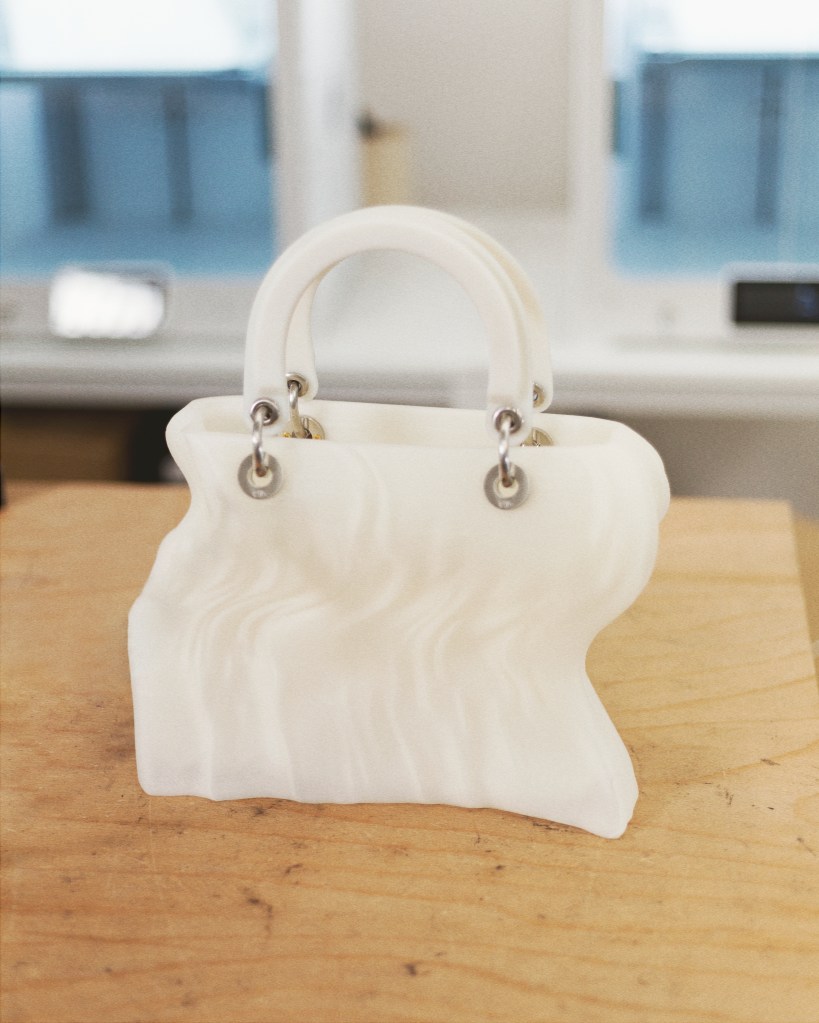