The Paris seafood establishment is back, with a new name (dropping "Le") and a fashion vibe. 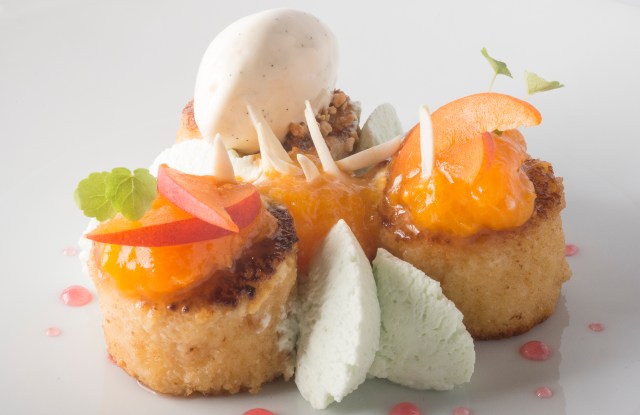 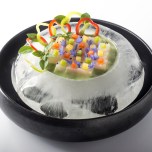 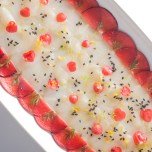 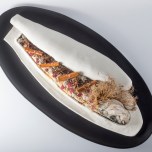 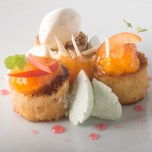 PARIS — Is Paris getting its answer to London’s Chiltern Firehouse (minus the hotel rooms)? Seafood establishment Le Divellec, a longtime sanctuary of politicians thanks to its location a stone’s throw from parliament, ministries and embassies, is back with a new name and a fashion vibe.

Now known simply as Divellec, the restaurant got a makeover and has doubled its surface. Behind the renovation is a trio made up of 35-year-old chef Mathieu Pacaud and Isabelle Saglio and Philippe Grach, co-owners of neighboring L’Esplanade with legendary hotelier Jean-Louis Costes, who is also involved in Divellec.

The space has been completely revamped by architecture firm Studio KO Karl Fournier and Olivier Marty, which designed Chiltern Firehouse and the Balmain boutique in New York, and has been selected by Pierre Bergé for the future Yves Saint Laurent Museum in Marrakesh. The artistic direction has been entrusted to Atelier Franck Durand, which has executed campaigns for fashion houses such as Isabel Marant, Mugler and De Fursac.

Situated between show locations like the Grand Palais and the Rodin Museum, the restaurant is set to open on Sept. 20, in time for Paris Fashion Week, which kicks off the following week.

“It’s an institution, immune to fashion,” said Marty, one of the architects. “You eat really well, but there’s life and energy.”

“The storyline we invented to create the place was a provincial fine-dining restaurant that has had its heyday and is taken over by the children or the grandchildren,” added Fournier. “It’s the restaurant that’s revisited by the new generation.”

The 2,690-square-foot space seats 80 inside, plus 20 on the terrace with a view of the esplanade des Invalides. It boasts several rooms and ambiances, which is reminiscent of Chiltern Firehouse. To the left, there’s a winter garden with celadon green hues and walls in wickerwork and mirrors.

“There’s a Madeleine Castaing atmosphere,” said Saglio, an elegant, soft-spoken Parisian who is the mother of Vogue Paris fashion editor Geraldine Saglio, referring to the celebrated French interior designer. “It’s a place that I imagine Yves Saint Laurent might have liked.”

A bar with a pink marble counter top takes center stage. To the right, there’s the dining room with cushioned banquettes and booths. Once past the glazed screens and heavy curtains, there are two smaller salons with parquet floors and wool carpets, one of them with a fireplace.

Pacaud, who has a penchant for fashion (his apron for Divellec was custom-made by Berluti), won two Michelin stars this year at his Histoires restaurant on Avenue Kléber, whose customers include Benjamin Millepied and Natalie Portman, plus another star at Hexagone. He and his father co-own the three Michelin-starred L’Ambroisie, where past diners include Bill and Hillary Clinton, Mick Jagger and Catherine Deneuve. The chef is plotting new outposts for L’Ambroisie in Macau and Hexagone in London.

Pacaud said he wanted to involve his father in elaborating Divellec’s menu. “It’s a multigenerational place, with a four-handed menu,” he explained.

The focus is on seafood and vegetables. Shellfish are served either fresh or sophisticated (think poached oyster with cress sabayon and golden caviar, or blue lobster and vegetable salmigondi in a Nepita butter nage.) Starters include carpaccios and ceviche of fish or vegetables straight from the gardens of the Domaine de Murtoli in Corsica, where Pacaud had a residency this summer.

Catches of the day are prepared to order from a variety of cooking methods such as poaching, roasting and meunière. For dessert, options include French toast with roasted apricots and thyme ice cream. The cellar includes 1,000 bottles, including rare Romanée-Conti and Chateau Margaux bottles and some 50 varieties of Champagne. Menu is à la carte, with average meal prices ranging from 50 to 150 euros, or $56 to $168.

One of the two salons can be turned into a karaoke bar. “It’s a chic karaoke, with woodwork,” said Pacaud with a smile, noting that he felt strongly about it.