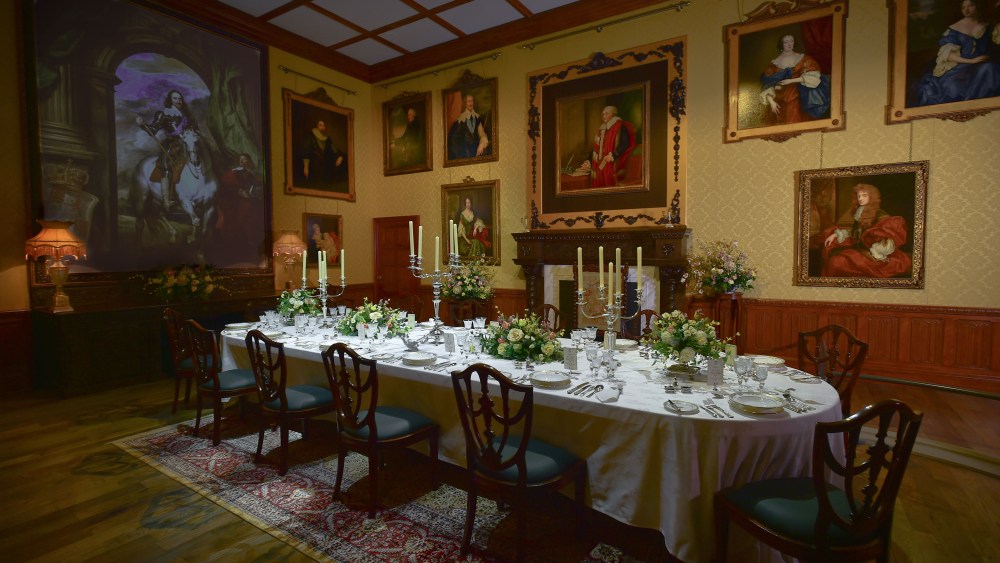 The glamorous world of “Downton Abbey” is coming Stateside.

Masterpiece Classic’s celebrated series, which ended its six-year run in 2015, is coming to New York with a “fully immersive experience” opening Nov. 18.

This will be the first stop in a multicity U.S. tour of “Downtown Abbey: The Exhibition,” which enables fans to travel to early 20th century England through interactive installations of the show’s sets and wardrobe.

“This is a unique opportunity to step into ‘Downton Abbey’ — to wander through the sumptuous rooms the family inhabit, the kitchen and servants quarters below stairs and to get right up close to many of the iconic costumes and props,” explained Gareth Neame, the show’s executive producer.

The midtown Manhattan installation will also explore life and culture in post-Edwardian England by highlighting events from World War I through the Roaring Twenties. Additionally, more than 50 original costumes will be on view including those worn by Dame Maggie Smith, Michelle Dockery and Hugh Bonneville.

“You don’t get to see all of those costumes together, ever,” remarked actress Sophie McShera, who played Daisy Mason on the Emmy-winning series. “Two wedding dresses in one space is amazing.”

Costume designer Anna Robbins echoed McShera’s sentiments, saying, “[Viewers] have only ever seen each individual costume within each season, so to have [some of the bridalwear] grouped together is really special.”

The experience will also provide a walk-through of sets from “Mrs. Patmore’s hectic kitchen and gossip-fueled servants’ quarters” to the Crawley family’s lavish dining room and Lady Mary’s elegant bedroom.

Earlier this year Carnival Films revealed it will be producing a feature-length film based on the series with casting announcements to come later this year, although reassembling the cast for the project has reportedly been difficult due to conflicting schedules.

‘Downton Abbey’ to Get the Movie Treatment

Athena Calderone: From Instagram to the Kitchen — to Print