Inside the process of costume designing for Ryan Murphy's new Netflix show.

Gwyneth Paltrow and Ben Platt in "The Politician."

This line of work requires a small army, says Eyrich, who’s functioned as Murphy’s right hand doing the costuming for “Pose,” “American Horror Story,” and “Glee,” for almost 20 years and worked as a producer-slash-costume designer on “The Politician.”

Not only did the lead actors in the show — including Ben Platt as Payton Hobart, a rich boy from Santa Barbara, Calif., and aspiring U.S. president who’s embroiled in drama — require outfits, 600 or so extras did as well. Eyrich was in the middle of working on multiple shows, “American Horror Story,” among them. She ran back and forth between Fox and Netflix, doing fittings for Lange on one show then turning around, quickly cleaning up her dressing room and preparing for the next fitting. She needed someone she could trust to design in her absence.

Rahne Jones and Lucy Boynton in Netflix’s “The Politician.”  Courtesy of Netflix

So she tapped Claire Parkinson, somewhat of a rookie, despite having almost eight years of experience as an assistant costumer and credits as costume designer for shows like “The Mick.”

“I was looking for somebody who could get the vibe of this show,” Eyrich says during a recent phone call.

Sussing out the visual vibes for any television program requires hours of discussion on tones, color palettes and which designers are willing to lend out clothing and jewelry for months at a time.

But working with Murphy adds another layer of artistic interpretation: He’s got his own language in which he speaks.

Parkinson had never done a Ryan Murphy show before, and says she deferred to Eyrich as a shortcut, a sort of in to the writer-director’s mind.

“For Ryan, I pick up on his keywords,” Eyrich explains. “‘Opulent,’ ‘affluent,’ ‘Republican.’ When he says that, I can visualize what he’s talking about. He can say ‘She’s a little brown wren.’ Now, I know exactly what he means by that: She’s plain.”

A still from Ryan Murphy’s new show for Netflix, “The Politician.”  Courtesy of Netflix

The real work began during these meetings. Eyrich, Parkinson and Murphy sat down together to discuss the mood of the show. They talked about Slim Aarons’ photography depicting poolside, California Sixties glamour; architecture in the Palm Springs, Calif., desert; historical figures like Babe Paley, Gloria Steinem and Theresa Getty.

“He’s an encyclopedia of references,” Parkinson says of Murphy in a separate phone call. “And it was great because he had such a strong view of who some of the characters were — how they dressed, obviously, how they expressed themselves through power and wealth and having strong outfits.”

When they settled on the look — opulent, affluent, Republican — Parkinson got started with Eyrich on mood boards.They sent each character’s boards to the corresponding actor to give them a sense of the direction their role was going, visually speaking. Eyrich, who worked primarily with Lange, Paltrow and Bette Midler, sent Paltrow’s board — comprised of equestrian looks, pictures of Lauren Hutton and Jackie Onassis in huge sunglasses — to both Paltrow and the actress’ stylist, Elizabeth Saltzman. 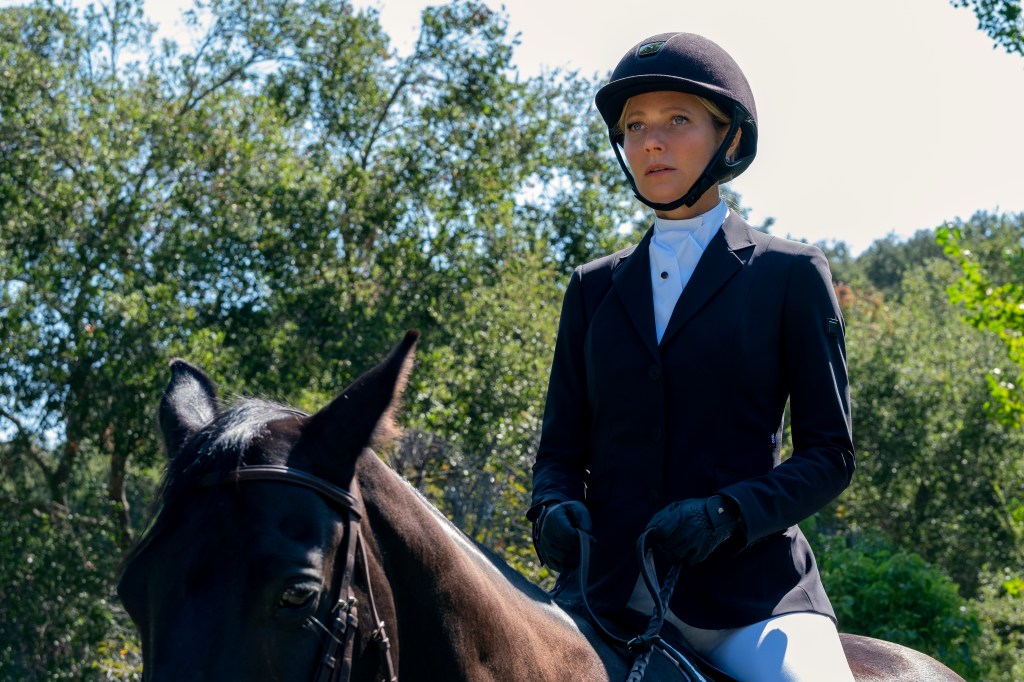 “Gwyneth’s reply was, ‘Great. Love it all,’” Eyrich says, adding that Paltrow, who plays Payton Hobart’s adoptive mother, Georgina, had a demanding schedule, and typically flew in the day before she would get in front of camera. Her work with Goop took up a chunk of time — and not only that, but she wore looks in the show that required extra care.

“She had so many changes and they were all really high-end,” she says. (Paltrow recently made headlines for wearing a Carolina Herrera dress during a scene in “The Politician” where she’s gardening). “We had to get all this expensive jewelry shipped in and keep track of it and get it back and be careful on set — bodyguards and all that stuff, security guards, whatever. That part of it was crazy. Not her personally, though — she was lovely.”

Parkinson and Eyrich combed through street style images in addition to mining historical references to craft looks that followed the characters’ narrative arcs. Eyrich remained focused on Midler, Paltrow and Lange, with whom she’s worked for so many years that Eyrich knows the actress’ measurements, what will look good on her and what she’ll say will look too “costume-y.”

Meanwhile, Parkinson chipped away at the rest of the cast — dressing Platt, Zoey Deutch, Boynton and David Corenswet.

“Every fitting with Lucy was such a collaboration, because she has such a strong voice,” says Parkinson, who dressed Boynton in Chanel, Miu Miu, Jacquemus and Carel shoes. “Lucy has that awesome London fashion sensibility where she can mix anything and it looks cool. Bringing the character to life was a conversation with her. [Discussing] what we think [her character] Astrid would do, and what she would wear. We talked a lot about having her not as uniform as everyone else, and having a stronger sense of style.” 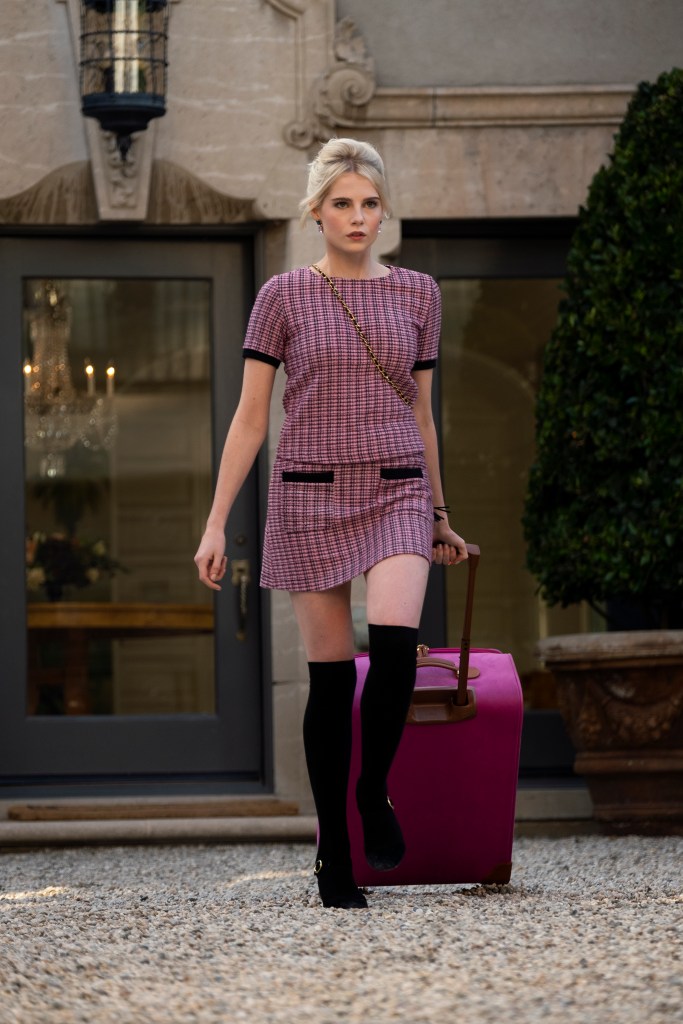 By the time the wardrobe department reached the end of styling and costuming “The Politician” season one, the village had grown. The wardrobe department, all told, swelled to more than 20 members of staff — among them, Parkinson’s sister Lily, whom she brought on to assist with the work.

“Anytime we had days with hundreds of backgrounds, she was in the trenches with us, dressing 600 preppy high schoolers,” Parkinson says. “Everyone matters, from the background fitting in the back row. They might be moved to sit next to your main cast in the next scene and their outfit needs to look like it fits in the story just as much as any of our cast members.”

Rihanna’s Savage x Fenty Show, Through the Eyes of Her Creative Director