Christian Dior and Harvé Benard have created past looks for the U.N. Tour Guides. 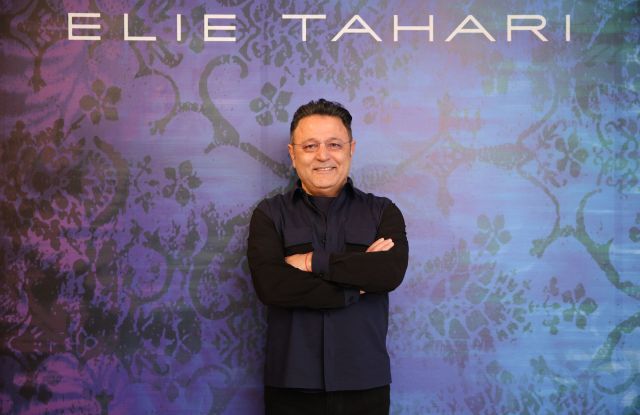 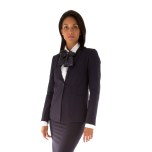 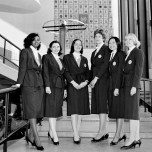 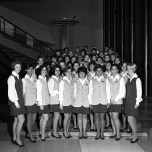 United Nations’ tour guides at the New York headquarters are about to get a fresh makeover thanks to custom-created designs by Elie Tahari.

Classic looks in tailored dark navy stretch wool will be unveiled on staff members after Labor Day. In addition to custom-designed ties and scarves bearing the iconic U.N. emblem of the world map enveloped by a pair of symbolic olive branches, Tahari also donated suits and shirts for the guides.

“As an immigrant who came to this country with nothing, it is so humbling for me to be partnering with the United Nations to dress their tour guides, who are ambassadors to the public,” explained the Israeli-born designer who aimed to create a timeless silhouette. “I wanted them to look elegant, important and modern.”

Since the organization’s establishment in 1945, designers including Christian Dior, Harvé Benard, Edith Head, Evan Picone and the Benetton Group have created custom looks for the U.N. Guides. “Since the Guides interact daily with visitors from around the world, their uniforms add a dynamic and appealing style to their role as the face of the Organization,” added Maher Nasser, the United Nations’ Acting Under-Secretary-General for Global Communications.