Elissa R. Sloan Tracks the Downfall of a Pop Phenomenon in ‘The Unraveling of Cassidy Holmes’

The author's debut novel is based on the girl-band craze of the late Nineties.

A rewatch of “Spice World,” the 1997 semi-biographical film released at the apex of the Spice Girls’ popularity, provided the spark of inspiration Elissa R. Sloan needed to write her first book. “Scary Spice” Mel B’s acrimonious divorce was common tabloid fodder around that same time, and Sloan mulled over the public’s fascination with the pop group decades later.

“I was thinking how interesting it was for 1997 Mel B to have one face to the public, and then for 2014 Mel B to have a totally different public identity,” says Sloan. “It was a really interesting dichotomy to me. I started thinking about what would happen if a group similar to the Spice Girls had some sort of break-up back in the 2000s, and then they endured a death in the present. How that would affect them.”

The Texas-based author wrote the first line of “The Unraveling of Cassidy Holmes” the same night she watched “Spice World” on TV. It’s still the first line of the book: “The day that Cassidy died, the rest of us were in London.”

Sloan read biographies of the era’s stars — including Victoria Beckham and Jewel — to glean the behind-the-scenes workings of the music industry. The girl group Sloan writes about is fictional, although there are parallels between the book’s Gloss and the Spice Girls: each member is given a nickname. There’s Cherry Gloss, who Sloan wrote as a composite character encompassing “every single big headline that I can remember.” Tasty Gloss is the “Taylor Swift of the group,” Rosy Gloss is “every pop star that’s been called robotic or soulless,” and Sassy Gloss is the protagonist, Cassidy Holmes. Sloan describes Holmes as inspired by elements of herself. The book switches between the past to trace the group’s journey to swift rise and breakup, and the present where the remaining members are processing Holmes’ death, revealed in the first chapter.

There’s a strong echo of nostalgia throughout the book for anyone privy to the pop-star highs and lows of the late Nineties and early Aughts. Several years ago, Sloan noted that the Eighties and early Nineties were having a moment, and predicted that Aughts nostalgia was next. She anticipated that a novel tapping into the decade’s hallmarks — “American Idol,” TRL, the very public breakdowns of several pop stars — would be particularly resonant. “Cassidy Holmes” has been compared to the 2019 Seventies rock band novel “Daisy Jones and the Six,” which Reese Witherspoon is adapting for TV.

Holmes will release the book on Sept. 1 with a Zoom launch event in collaboration with Gibson’s Bookstore in New Hampshire. The book soft launched in August as an early release selection with subscription service Book of the Month Club; Sloan notes this has taken the edge off the official publisher launch. In anticipation of the release, Holmes has been photographing and Photoshopping herself into the cover art of iconic albums: she’s hanging by strings for N*Sync’s “No Strings Attached,” beaming upward from the ground for Britney Spears’ “…Baby One More Time,” and holding a copy of her book in a blue-gloved hand for Blink-182’s “Enema of the State.” The Instagram series — part promo, part pandemic project — also tapped into Holmes’ background as a wedding photographer.

“I wanted to dissect how album covers were made,” says Holmes, who studied the lighting and re-created the imagery through self-portraits. “A lot of [the album covers] are really simple. Britney Spears is just one light — you can tell that she was just in a studio and they put a soft box on her and they’re like, OK, be cute. But others were more interesting to do. Like Celine Dion.”

The album posts have been popular; as she puts it, people really love old music. “Oh my goodness — I can’t believe I said it was old music,” says Sloan, laughing. 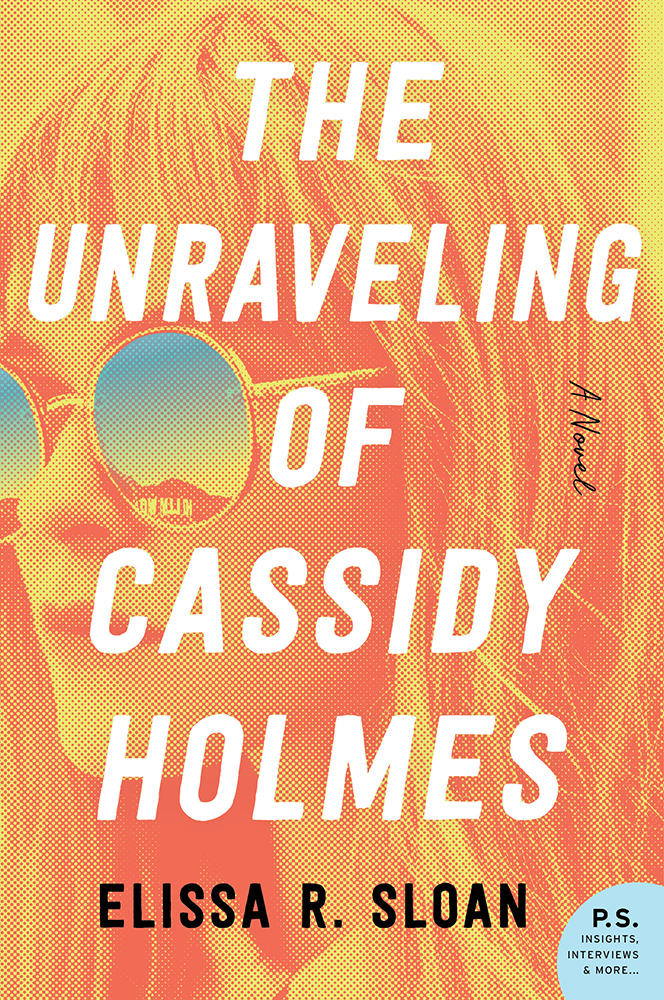 ‘Sweetbitter’ Author Stephanie Danler Tells Her Own Story With ‘Stray’