The author examines family ties in her new tome. 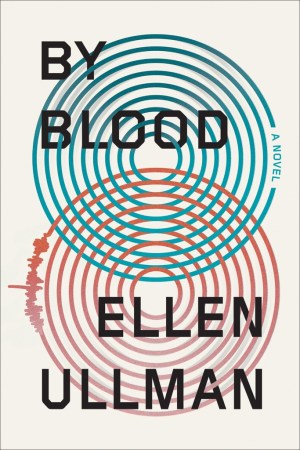 Family ties are phenomenas of considerable variety, particularly today. In her new novel, “By Blood” (Farrar, Straus and Giroux), Ellen Ullman examines one of the more unusual — those of an unnamed adoptee whose adoptive parents have turned out to be a poor fit and who is looking for her birth parents. The format the writer has chosen to examine this dilemma is an original one — she creates a disgraced, unnamed academic, living in the mid-Seventies, who is on a leave from his college while his behavior toward students is investigated. The professor moves to San Francisco and rents an office in a building with thin walls.

Through those walls, he can hear the psychiatric sessions of the adoptee, a lesbian financial analyst from the Midwest in a stormy relationship with a politically correct girlfriend. When the patient runs into difficulty trying to find her birth mother, the professor, startlingly and inappropriately, steps in, does some research and tracks down the woman, Michal Gershon. He then sends the adoptee the information on stationery he has created with the letterhead of an adoption agency she had contacted. The adoptee learns that she is Jewish, and soon she is headed to Israel to meet her mother.

“It sounds trivial, but it’s not,” Ullman says of the notion of tracking down one’s biological parents. “Genetics is where we come from. It’s deeply natural to want to know.” Then she adds, “Many days, there were times I wondered why I had given myself a difficult narrative structure. The story was complicated, but it was about a search. Where do you come from? What role do your origins play? That’s really the driving motive.”

What helped her, Ullman says, is her readers, among them her husband, artist and photographer Elliot Ross; Farrar, Straus editor Sean McDonald; and literary critic Laura Miller, all of whom read the manuscript multiple times. While the plot might have seemed overly schematic in the hands of another writer, Ullman makes the story taut and mesmerizing, and the reader identifies with the narrator, who has come to San Francisco intending to do some academic work, but who finds himself increasingly absorbed in the narrative unwinding in the therapist’s office next door. His observations, which range from quite acute to off-the-wall, are also compelling.

This is Ullman’s second novel — her first, “The Bug,” was published in 2003 — but writing isn’t her first career. Ullman, who graduated from Cornell University in 1971, started working in computer programming in 1978, creating electronic data interchange applications and graphic user interfaces. She began writing professionally when she was encouraged to tell the story of her early years in the tech industry, at a time when few women were employed in it. Her stories about those days have appeared in the collections “Resisting the Virtual Life: The Culture and Politics of Information” (1995) and “Wired Women: Gender and New Realities in Cyberspace” (1996) and in her memoir, “Close to the Machine: Technophilia and Its Discontents” (1997). She has also written for The New York Times, Harper’s Magazine, Wired and Salon.com and commented on technology for National Public Radio’s “All Things Considered.” New editions of “The Bug” and “Close to the Machine” are coming out from Picador to coincide with the publication of “By Blood.”

Ullman is Jewish and adopted herself, but because her adoption was closed, she has been unable to get the records that would disclose the identity of her biological parents. The only way to open them is with a court order given because of a medical emergency. “My mother told me that my birth mother got pregnant by a married man who didn’t want to leave his wife,” she says. Ullman also, as she puts it, “identified as lesbian for a good part of my adult life,” which is one reason why the patient in “By Blood” is gay.

“The narrator is a voyeur; he’s a hidden person,” she says. We never learn his name or exactly what it is that he is accused of doing at his university, although it is clearly some sort of sexual misconduct. “He’s not even sure what the hell he did,” Ullman continues. “He doesn’t want to know about himself, since some people see him as an ogre, and some as wonderful.”

The plot of the novel takes us to the Bergen-Belsen displaced-persons camp (one of those in which tens of thousands of people spent years after World War II) and to a campus for Lebensborn, the Nazi birth program intended to create “pure Aryan” babies. The only way out for many Jewish displaced persons seemed to be to go to Israel, but Israel really needed plumbers, “and a whole population shows up to be translators, and they speak five languages,” Ullman says. The writer deals astringently with Norbert Wollheim, Josef Rosensaft and Hadassah Bimko, all of whom were real-life, prominent leaders in the postwar Bergen-Belsen camp, and who all ended up living comfortably in America — unlike, as the patient’s biological mother points out, the many stateless Jews whom they were trying to persuade to go to what was then the harsh desert world of Palestine.