Emily Elyse Miller is a big breakfast fan. She penned a cookbook on the genre for Phaidon last year, after traveling worldwide hosting events through her BreakfastClub series and collecting recipe research. For her latest project, she’s homed in on a specific part of breakfast culture: cereal. Miller has launched OffLimits, a new cereal brand featuring emotional mascots.

“Cereal has always been a vehicle for culture: there’s always been cartoons, influential people, art,” Miller says. “The storytelling inclusivity, the design — it was lacking a modern perspective. All of these legacy brands have been here for so long that I feel like at times they forget to stay in touch with what’s going on in the communities that they’re actually selling cereal and products to.”

Six months into product creation, Miller realized a gap in the cereal mascot market: all of the mainstream cereal mascots were male, even the ones that were animals. Although she described their first two cereal characters, Dash and Zombie, as emotionally unstable, what she really means that they were created to represent the fluctuations of human emotion. Dash is the “do-er,” and Zombie is the “snoozer.” Two more mascots, and flavors, are on the way.

“From the beginning we were building these characters to be more inclusive, more vocal and adjusting these types of storytelling issues,” Miller says.

OffLimits enlisted the help of Shepard and Amanda Fairey’s design studio Studio Number One to create the look and feel of the characters; she also collaborated with design agency Pentagram for packaging and brand direction.

“I met Shepard and his team because I hang out at the coffee shop across from their studio in L.A. quite a bit, and we all became friends on Instagram, and talked about doing this whole gallery show that would support school art programs,” Miller says. “They obviously total embody the defiant, rebellious nature that our brand is founded.”

The brand’s motto is “break the rules, starting with breakfast.”

“It’s defiance, not accepting things for face value. It’s constantly questioning things that currently exist, and if you can do better and how to make that happen,” Miller says of the brand’s onus. “When we say break the rules, we really encourage people to do things differently and how they feel things should be done, not just because they’ve been done a certain way for so long.”

The brand launched with two cereal varieties for each of its characters: Dash, a cold-brew flavored rice-puff cereal created in collaborated with Intelligentsia Coffee, and Zombie, a vanilla and pandan flavored cereal with adaptogens. Pandan is one of the ingredients Miller encountered while researching her “Breakfast” cookbook; the Zombie flavor is an homage to Kaya Toast, a common breakfast in Singapore made with coconut, butter and pandan jam. Although not marketed as a health-food item, the cereal is made with organic ingredients, gluten-free, low sugar and vegan.

“If you’re a food brand starting in this time, how are you not a health food product?” Miller says. “I’d rather substitute sugar with more flavorful ingredients.”

The brand is mostly direct-to-consumer to start; boxes are sold in packs of two for $24. The web site gamifies the product, with tickets allocated for each sale, which can be traded in arcade-style for collaborative toys, such as cans of branded spray paint. They’re also working with premium retailers, including Intelligentsia cafes, where they’ll sell individual cereal servings in mini boxes.

“We’re considering our wholesale partners more like marketing partnerships,” says chief operating officer Michelle Lora. “And also it’s all about having the opportunity to show up in the places that our consumers actually want to see us be. We’re being very thoughtful about where they do show up.”

Despite Miller’s strong ties to the breakfast field and cereal’s long-standing affiliation with the mealtime, OffLimits isn’t a breakfast food.

“Our whole thing is just eat cereal whenever you want. Just because Dash has coffee in it doesn’t mean it’s just for the morning, adds Miller. “The whole brand is meant to be rebellious. It’s an act of defiance to have cereal for dinner, or anytime of day.” 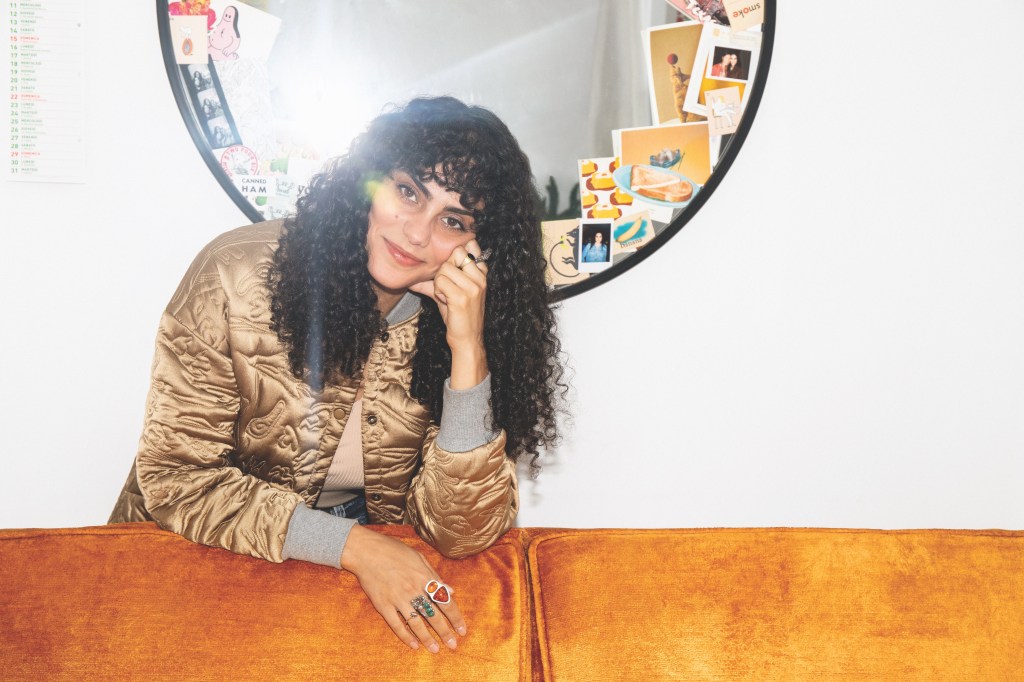 Get to Know The Okra Project, Nourishing the Black Trans Community Through Food