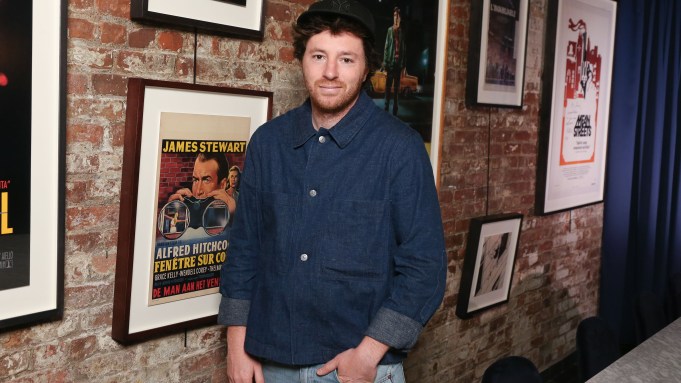 A taste of Paris has landed in New York. Off the success of his restaurant, L’Acajou, in the French capital, and with the added boost of support from celeb friends such as Pharrell, Jean Imbert has opened Encore in the Meatpacking District.

But first things first: he’d like to make it clear he’s not in this alone. “I don’t even like the name ‘chef’ because nobody calls me chef,” he says, from the downstairs private dining room of the restaurant. “Nobody on my team in Paris, or here, calls me chef. It’s like I’m not more important than anybody; we are doing it all together. This is how we would work in Paris, and this is how we will work here.”

New York has always been a pipe dream for Imbert, who won season three of “Top Chef.”

“When I was young, I always said ‘If I go outside of Paris, it’s New York,’” he says. “It’s a little bit cliché for a French chef to say that we love New York, but for me, it’s true. I said ‘no’ to a lot of stuff in other places, so when this project came, it’s like my family project, you know?”

Leading up to the opening, which was planned for earlier this summer but stalled due to permitting delays, according to his team, Imbert spent months researching the local produce in the Tristate area.

“The product — the taste — is different in every country. And here, I just want to make not like I tell you ‘a French chef is coming.’ It’s just a guy living in New York and making some food with the product he finds in New York,” he says. “We are not going to bring some product from France. We are using what we find here.”

His mantra is to keep things simple, deriving from the farm-to-table concept. “I like to make simple and cool. I am not pretend to be the best chef and the best food. We just want to make it cool, and nice. And people feel that when they eat,” Imbert says.

Imbert is the first chef client from the Lede Company PR agency, which means he is represented by the same team who work with Lady Gaga, Rihanna, Pharrell and others. His friendship with Pharrell is what connected him to the agency. In the meantime since developing Encore, he and Pharrell have recently opened a joint Miami restaurant, called Swan and Bar Bevy.

“He’s a good friend,” Imbert says. “Pharrell said ‘OK, you have to take him under.’ It’s enough for me that Pharrell tells me, ‘go.’ You know, it’s enough. Because he’s my friend, it’s enough.”

His need to be surrounded by what is comfortable extends to the decor of Encore; an avid movie and pop culture buff, Imbert has brought his collection of framed posters to the space, which he plans to keep on rotation. (Favorites include a French newspaper from the day Michael Jordan retired and an English poster of “Rear Window.”) It’s much how he approaches the food here in New York: doing what he knows but adapting it to his surroundings.

“I feel more comfortable with things I like, you know?” he says.