Heck's first collection of his fashion photography, "Old Future," showcases the past decade of his work. 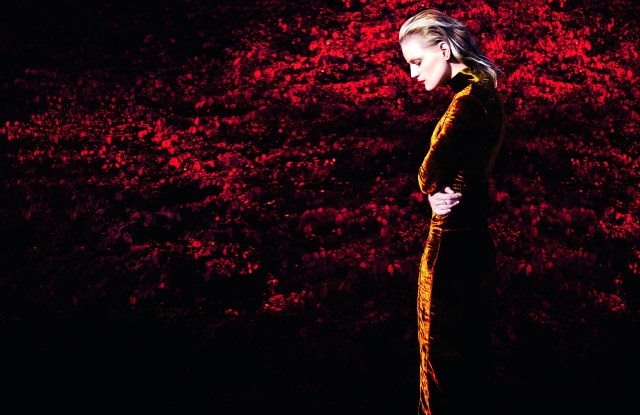 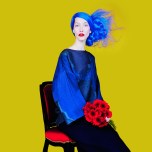 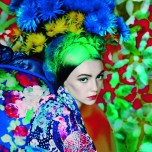 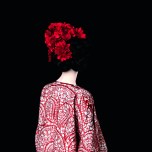 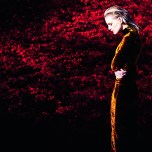 At just 33, Erik Madigan Heck has established a résumé that includes painterly portraits for the likes of Dries Van Noten and Mary Katrantzou, and profiles in titles ranging from The New York Times Magazine to New York and Harper’s Bazaar U.K. Heck spent the last four years rearranging over 1,000 of his photos on his floor and narrowing them down to a selection of 100, which comprise his first book, “Old Future,” out now.

WWD spoke with Heck over the sound of his young son “trying to eat my chair” ahead of his book signing at the International Center of Photography museum on Thursday.

WWD: What made you want to put together a book?

Erik Madigan Heck: There was a book published by Thames & Hudson called “Fashion Photography Next,” [where] this curator Magda Keaney put together a book of who she thought was the next generation of 25 photographers, and I was in that book; then I met the publisher, and they really liked my work. But Thames & Hudson is one of the oldest publishers in London, and they don’t really publish new, young artists. [At the time,] they would’ve been going out on a whim by publishing somebody who’s as young as I am. So, the conversation started four years ago, and then as my work developed and as I got more known, the book started to take more of a shape.

WWD: Is it unusual for a photographer your age to have their own book like this?

E.M.H.: Yeah — I mean, I think things are changing. I think you see a lot of young artists having books pretty young. But I think it is rare in that this book is kind of like a retrospective of the past 10 years of my work, and I’m only 33.

WWD: Where does the title “Old Future” come from?

E.M.H.: The name was tough because [to a lot of people] my work looks very old-fashioned or very romantic, but at the same time there’s something really futuristic about it — it’s using photography in an old way, more like painting, but in fact we’re using new technologies, so there’s a lot of futuristic elements. But we were just, like, tossing around names, and it was kind of a riff, actually, on the hip hop group called Odd Future. But there’s also a super famous photography book called “Future Present” by László Moholy-Nagy, and so I also liked the fact that this was a nod to the history of photography.

WWD: Over the decade of your career, how has fashion photography, or the way it’s consumed, changed?

E.M.H.: When I started, you know, there wasn’t Style.com, there wasn’t any sort of online magazine. That was back in 2007, and the way that we consumed fashion photography was primarily only through magazines. And now, magazines are struggling to pay the bills and stay afloat. I think I got in young, which was unusual then, but now I actually feel quite old. I think there’s definitely a whole movement of trying to get young people off Instagram. I think the biggest thing is there isn’t a formula anymore; the hierarchy has been upended.

WWD: Do you read many fashion magazines then?

E.M.H.: Honestly, I don’t. I’m not trying to be pretentious, but when I do have reading time, I read the MIT Technology Review, and I read Harper’s. Not Harper’s Bazaar, but Harper’s. I get The New York Times on the weekend, but I’m also a dad so I don’t really have that much time. I check fashion magazines when I’m published in them to make sure that my work looks good, and then I kind of put it aside.

WWD: On the topic of color, what are your thoughts on this notion of “Millennial pink,” a shade that is beloved by Millennials but also is an adapted variation on pink, to match the gender fluidity of this day and age?

E.M.H.: I agree with what they’re saying, in theory, because of how gender has become such a topic the last year-and-a-half specifically. But at the same time, I feel very much that women, especially with the women’s marches against the president right now, have really co-opted the color pink. Pink has always been the color of a girl, and baby blue is a boy, but for me, pink is actually a really political color. For me I [associate] it with, like, breast cancer, because my mother had breast cancer and she worked in breast cancer — to me, pink is always that. And then now with the women’s march, which was one of the biggest marches ever, pink was their identifying flag, you know? So, I don’t even think that I would agree that it’s kind of neutral. But I do think that it’s more that those lines don’t really exist, even though I would still say that it’s more a color for women, and the gay and LGBT community also has adopted it to mean something else. So that’s a hard question to answer.