The documentary series profiles fashion designers in countries like Burma and Botswana among others. 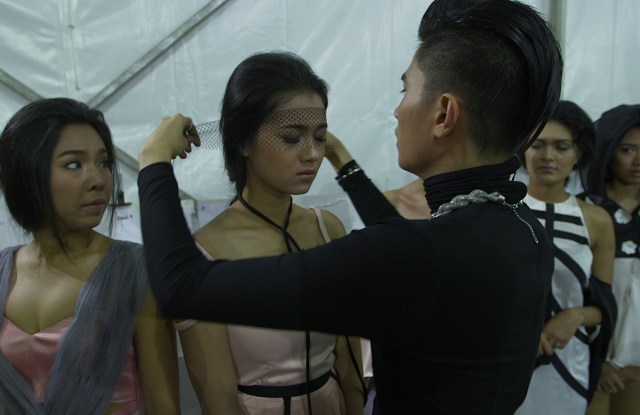 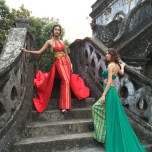 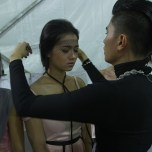 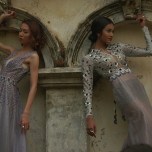 This month the fashion community turns its biannual focus to New York, London, Milan and Paris as major designers unveil their latest collections. While these metropolitan hubs offer the latest in mainstream design, pockets of sartorial creativity are quietly thriving in lesser-known pockets of the world.

For French journalist Lydia Kali, a passion for global fashion led her to develop “Extreme Fashionistas,” a documentary series premiering Sept. 6 on the Cinémoi network, which explores designs — and designers — in places like Kazakhstan, Ukraine and Botswana, among others.

From Burma’s Buddhist punk communities to Turkey’s Muslim “hijabistas,” the five-part series explores how tradition, culture and politics play a role in how designs are interpreted. “We wanted to find out how creation can be an exit for a lot of people,” explains Kali on a call from her native Paris. “In these countries where young people are suffering from economic crisis or religious power, this was a way for us to talk about creation and art.”

This dialogue was easier in some places than others. In Burma, for example, Kali met with several gay designers who could face criminal prosecution if they were to live openly. “They are so afraid of the military power that they are dealing with what they have,” she explains of the Southeast Asian nation. “[The designers] there are spending a lot of energy to bring about these new clothes and new way of life. It’s a way for them to affirm their sexuality.”

Kali also met with female designers in Istanbul, who are “dealing very smartly with the rules of their country” by subtly infusing the religiously dictated hijab with elements of creativity. “They have in mind the heavy rules, but they create a lot — like exposing a shoulder. It’s very suggestive while at the same time they are respecting the rules.”

Despite certain political and religious restrictions, Kali notes she and her camera crew were “welcomed everywhere” by designers, who all exhibited great pride in their work. Their product is all produced locally, but with the Internet and particularly through social media, designers have been able to expand their market in recent years.

“The less developed the fashion industry is in places, like in Ukraine, the more enthusiastic they are because they have to fight to create things,” says Kali. “Everywhere we found that social networks really helped them promote their products and build a community around the brand. A lot have platforms where you can buy their clothes from anywhere in the world and to them it’s something huge. They are all very aware that what they have is valuable because it’s different and new to the Western market.”

When traveling abroad Kali encourages viewers of the series, which airs Wednesdays throughout September, to interact with local artists as a way of learning about that particular region of the world. “Fashion is a great way to feel the temperature of a country. When you’re talking with local designers about how hard it is for them to be known or to be creative or how they’ve been helped by their government, you can understand a lot of things. It’s revolution through fashion.”

Daphna Ziman, ceo of Cinémoi, agrees that “‘Extreme Fashionistas” is an opportunity to learn about lesser-explored parts of the world through local clothing design. “[The series] is an inspirational journey to unknown worlds where the common language is aspiration,” she adds.