In Alexandra McGuinness’ debut feature film, the covetable costumes have as much of a starring role as the cast of elegantly troubled characters. 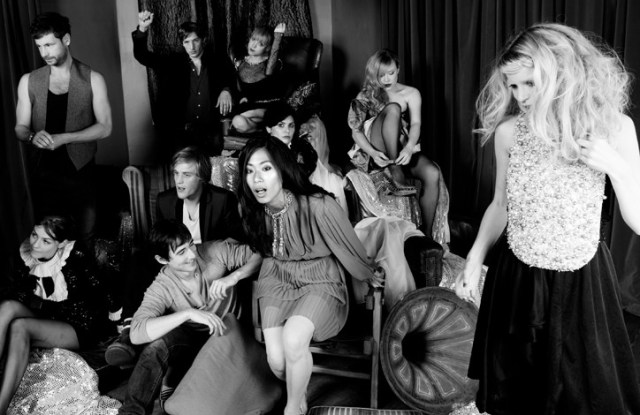 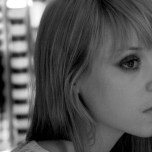 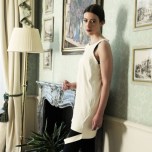 LONDON — In Alexandra McGuinness’ debut feature film, “Lotus Eaters,” which premieres at the Tribeca Film Festival Thursday, the covetable costumes have as much of a starring role as McGuinness’ cast of elegantly troubled characters.

The black-and-white film observes a group of London trust-fund types as they lurch aimlessly from one party to the next, clad in a wardrobe that includes sequined dresses from Chanel’s archive, feathered dresses by Shao Yen Chen and vertiginous shoes by Charlotte Olympia.

“The costumes get more dramatic in the film at the more dramatic points in the story,” says the Irish, London-based director, her willowy frame folded into a boardroom chair in her London publicist’s office. The soft-spoken McGuinness adds that she and her costume designer Ruth Higginbottom were inspired by the costumes designed by Piero Gherardi in Federico Fellini films such as “8 ½.”

“His costumes were really outrageous at some points, even though the composition was very stark,” she says. “I always thought that was amazing. They were couture pieces, but I don’t think it was frivolous or anything; it was an amazing part of the films.”

McGuinness, who graduated from the London Film School in 2009, says making the movie was a sharp learning curve from her previous short cinematic projects.

Alice, the lead female character of “Lotus Eaters” — played by Antonia Campbell-Hughes, a model-turned-actress — has a boyfriend with an on-off drug problem that’s tacitly accepted by their circle. During the film, her dilettante friends shoplift from chichi boutiques, attend debauched country house parties and discuss the merits of transcendental meditation. While the group isn’t based on a particular circle of friends, McGuinness says that “conversations and bits in the film have been grabbed from reality.…We wanted to create a group of friends or a social group that doesn’t exist but could exist.”

And though the film is beautifully shot — its look was inspired by the photography of Peter Lindbergh, Bruce Weber, and Helmut Newton — McGuinness says she doesn’t intend to glamorize the social set.

“You want to take the audience on a ride, really and see what they come away with,” she says. “You hopefully want to move them and make them feel something.”

McGuinness, whose father is U2’s manager Paul McGuinness, also worked live music performances into the film, including a segment shot at the Glastonbury Festival. The rising actor and musician Johnny Flynn stars as the addiction-prone, guitar-playing boyfriend.

“I think when you’re making films, you get to combine all these things together, all the things that inspire you,” she says.

Next up, McGuinness says she’s working on “a psychological thriller about a movie being made,” which she plans to shoot in Paris.

“I want to do something completely different next time,” she says.

Still, it’s likely that whatever the genre, McGuinness’ next outing will show off her finely tuned sense of style.

“I think there will always be a certain common strand and a common aesthetic,” she says.