Fashion Once Again Enters a Museum in Milan

"Memos. On fashion in this millennium," was unveiled during Milan Fashion Week and runs until May 4 at the Poldi Pezzoli museum.

The Memos exhibit in Milan

MILAN — Staged at the storied home museum Poldi Pezzoli in Milan, the exhibition “Memos. On fashion in this millennium,” was unveiled during the city’s fashion week and runs until May 4 as a reflection on what has changed and stayed the same in fashion, said curator Maria Luisa Frisa.

Arthur Arbesser, Balenciaga by Demna Gvasalia, Burberry by Riccardo Tisci, Chanel by Karl Lagerfeld, Dior by Maria Grazia Chiuri, Fendi by Silvia Venturini Fendi, Valentino by Pierpaolo Piccioli, Giorgio Armani, Prada, Giambattista Valli and Versace are only some of the designers and brands present through their clothes.

“To exhibit fashion is at the same time to celebrate it and to provide a critical reading of it,” said Carlo Capasa, president of the Italian Camera della Moda, which staged the event. “The idea behind fashion exhibitions is not to propose fashion as an art, but rather to use it as a way to read society.”

This exhibition “asks questions, offers proposals, not closure, with the goal to prompt a series of reflections on contemporary fashion, on its qualities and attributes,” continued Capasa.

The starting point is “Six Memos for the Next Millennium,” a book based on a series of lectures written by Italo Calvino for the Charles Eliot Norton Lectures at Harvard in the fall of 1985, but never delivered as Calvino died before leaving Italy. Frisa involved Judith Clark in the role of exhibition-maker and Stefano Tonchi with a visual project.

“I wanted to shine the spotlight again on a focus on a location for fashion and Milan,” said Frisa, who lamented “the lack of a political drive to open a fashion museum. It is very serious if Italy does not build a location to reflect on the Italian culture and identity. Only we can emphasize the values and qualities of our fashion. Otherwise we merely become producers and not creators.” 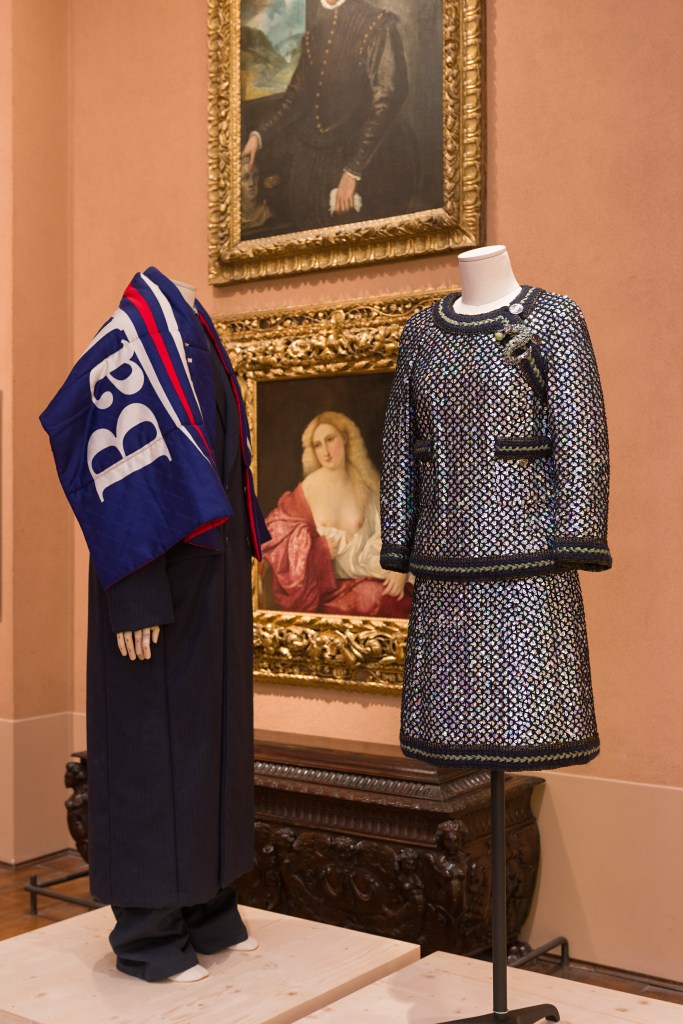 Inside the “Memos. On fashion in this millennium” exhibition.  Francesco De Luca

Walking through the exhibition, she said that “each dress has a meaning, it’s there not because it’s beautiful but because there is a reason.”

For example, she explored the logo theme in a conceptual way, pointing to a trench created by Tisci and his use of the Thomas Burberry initials. “This is an iconic object with a new logo, so Riccardo makes it his own, he takes over the brand, building a new emblem.” Looking at the Dior J’Adior logo, Frisa spoke of the “relativity of the creative director compared to the identity of the brand, which is permanent.”

Alessandro Michele’s soft white dress for Gucci’s resort 2020 collection, embroidered with a uterus and blooming with flowers exemplified fashion’s resonance, and how important it is in communicating a message. At the time, as reported, the designer said “women should really be respected and considered as much as men, they should have freedom of choice, even to interrupt a pregnancy, which is the most difficult one.” Frisa thinks that fashion “amplifies such a message more than a declaration.” Asked if she felt fashion should be a vehicle to express a message, she responded quickly, “absolutely.” 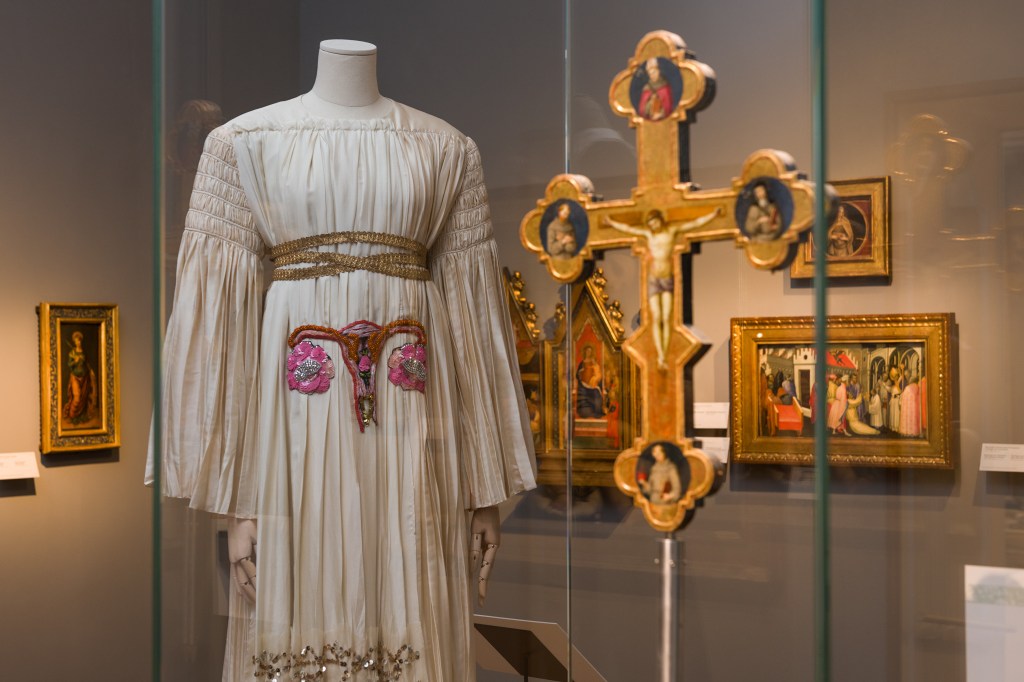