Feast for the Eye: Clover Opens in Paris

Jean-François and Élodie Piège have welcomed their firstborn: a restaurant. 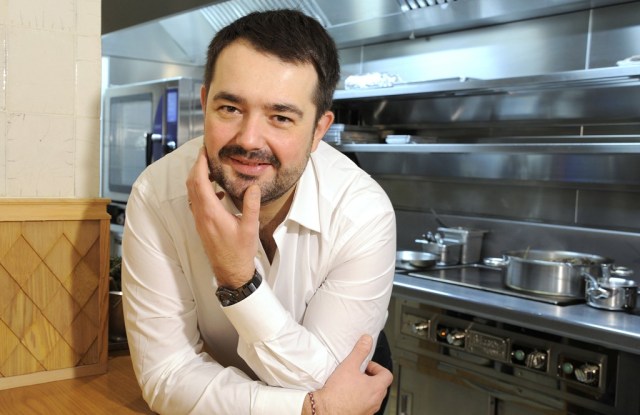 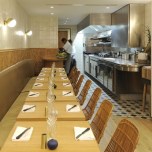 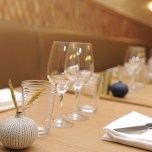 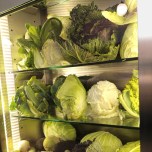 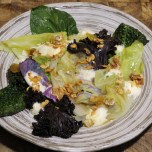 It is the stuff of public relations fairy tales. Jean-François and Élodie Piège met when he was chef at Paris’ Hôtel de Crillon and she was its communications director. There they fell in love and now they’ve welcomed their firstborn: a restaurant.

Called Clover, it’s an intimate eatery in the Saint-Germain-des-Prés district with just 10 tables for two. The pocket-size, 430-square-foot restaurant includes a kitchen fully integrated into the dining room. The place opened quietly earlier this month and already is one of the hardest gets in town.

“It’s an adventure, the first time we are at home and 100 percent owners,” he says.

At 44, Piège is already a star in France. He was at the Plaza Athénée and is chef and a co-owner of the successful Thoumieux restaurant, brasserie and ­— since last year — bakery. He is in his sixth season of the Gallic version of “Top Chef” and has worked in kitchens with the world’s most starred chefs, including Bruno Cirino, Christian Constant and Alain Ducasse. He’s an admirer of fashion and counts among his friends Alber Elbaz, artistic director at Lanvin — whose suits he wears (he also is fond of Christian Louboutin and owns dozens of the brand’s loafers) — and Mathias Augustyniak, artistic director at M/M, who created logos for Thoumieux and Clover. And fashion loves Piège back. Thoumieux already has a number of fashion designers, executives and writers among its clientele.

Clover, though, came out of a desire to open an eatery together as a couple.

“My job is image, communications, but I wanted to share a concrete project with him, something tangible,” Élodie says. “Élodie bought it, [when] I hadn’t seen it. I trusted her. I would pass by at night to try to see through the window with my phone,” her husband replies.

The food at Clover is “anchored in French tradition with contemporary techniques and feeling,” Piège continues. This translates into highly visual and tasty dishes, starting with hors d’oeuvres such as the quinoa crust with eggplant, and satay and edible clovers — as a nod to the restaurant’s name.

“Clover has been Jean-François’ lucky charm for many years. It sounds better than the French word ‘trèfle.’ It sounds like lover,” Élodie says with a laugh. “We wanted a space that reflects who we are.”

The couple spent a year sourcing materials: ceramics from Venice, Calif.; pottery from Vermont for the tableware; raku tiles from Japan for the walls and rattanlike chairs from Sweden. The decor created with Charlotte Biltgen, a young designer behind Paris’ hip sports club Kay club, has a neutral color palette.

“We wanted a colorless restaurant. There are beiges, raws, whites,” says Piège. “It is more of a work on materials — wood, raku, velvet, etcetera.” The colors, rather, are in the dishes that look like paintings made for the Instagram age — no surprise, since both Jean-François and Élodie are keen Instagrammers. There is rainbow-hued cabbage leaves with herring and crushed chestnuts; white fish wrapped in a violet turnip ribbon and seeped in yellow nasturtium juice, and duck pie served with frisée. For dessert there’s jumbo banana squash and sweet-grass ice cream with a honey flavor. A warm, melting chocolate-chip cookie — that Piège describes as “bloody” — is an ultimate curtain-closer. Starting next year, plans include selling lunch take-out in a limited number via social media.

At a time when French chefs are globe-trotting (both Joël Robuchon and Anne-Sophie Pic are set to open restaurants in New York in 2015, for instance), would the Pièges try their luck in America?

“In five years,” says Élodie. “In another life, I was born American. I have always thought I would end my life there, in California. I am very sensitive to the climate. I am from Toulouse [in southwest France]. In my dreams, I see ourselves living there in 10 or 15 years from now.”

“Before that!” counters Jean-François.