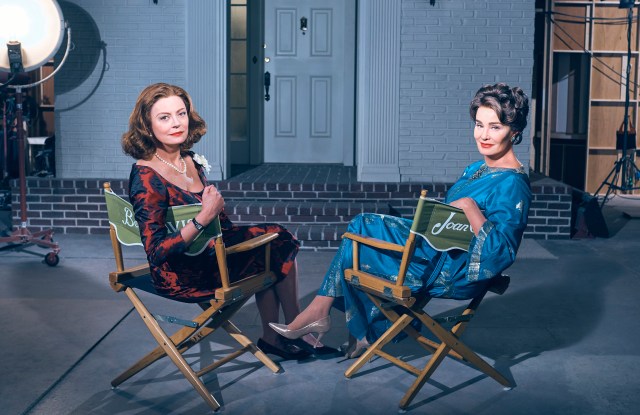 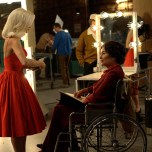 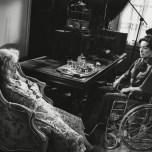 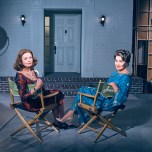 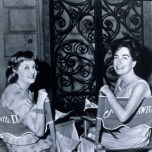 Everyone loves a good, old-fashioned Hollywood cat fight, which is why Ryan Murphy chose this as the premise for his latest FX installment. “Feud: Bette and Joan” is an eight-part miniseries detailing the infamous rivalry between Bette Davis and Joan Crawford steeped in Murphy’s signature campy style. Jessica Lange stars as Joan Crawford, with Susan Sarandon as Bette Davis.

The costumes for the show were apparently as complicated and extensive as Davis and Crawford’s feud itself. Costume designer Lou Eyrich says Sarandon and Lange had “23 to 30 changes per episode,” an unusually high number due in large part to the many flashbacks and re-creations of the late actresses’ famous flicks like “Sudden Fear” (1952), “Straight-Jacket” (1964), “Lady in a Cage” (1964) and of course, “What Ever Happened to Baby Jane?” (1962). Keep in mind that she dressed “26 to 40 other speaking parts” on top of these.

Eyrich was also tasked with replicating Crawford and Davis’ 1963 Oscars looks. Crawford’s gown in particular required a large amount of beading, dipping and dyeing — all by hand. Eyrich then searched for the right pieces to custom make the matching necklace and earrings. “It was very specific and fine-tuned,” she says of the completed look.

Gregory Peck and Joan Crawford at the 1963 Oscars.  Uncredited/AP/REX/Shutterstock

Davis’ gown, on the other hand, was much more simple; Eyrich says it was fairly similar to re-create the dress Davis wore as Margo Channing in “All About Eve” — a “brown satin with mink.”

Throughout the miniseries, Eyrich used different color palettes to distinguish Crawford and Davis’ differing personalities. She dressed Lange (Crawford) in “icy tones — blues and pinks and pistachios” and Sarandon (Davis) in “autumnal colors — rust and persimmon, golden hues, browns, chestnuts.” One particular challenge she faced was finding the right fabric to mimic Sixties draping. “The wools back then had a lot more weave to it; it wasn’t so polished looking,” she says, adding that the wools of today are “flat,” “shiny” and “stretchy” — in other words, not flattering on-camera.

Despite the show’s subject matter, Eyrich says both Lange, whom she’s previously dressed for “American Horror Story,” and Sarandon were a delight to work with. No on-set feuds to see here, folks.