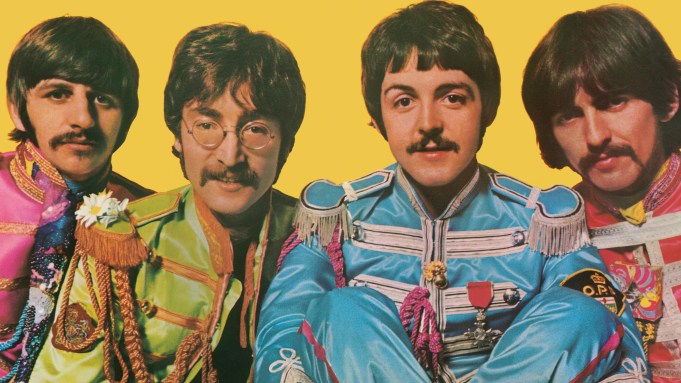 It’s 50 years ago today that The Beatles released their “Sgt. Pepper’s Lonely Hearts Club Band” album in the U.S. and with it came one of the 20th century’s most iconic Pop Art images. Now venerated as a defining moment in the band’s psychedelic phase of the late Sixties, the cover art is shrouded in conflicting memories as foggy as the drug-fueled days during which the record was produced.

“There are various parallel narratives,” explains artist Jann Haworth in an elegant mid-Atlantic accent that hearkens to an earlier era. “Paul [McCartney] now claims it was his idea and [my ex-husband and collaborator] Peter [Blake] has always claimed it was his idea. So that’s 100 percent to Paul, 100 percent to Peter and I claim 50 percent. That means it’s a really, really super cover, obviously.”

The oft-aped photograph depicts the Fab Four standing before a life-sized collage of two-dimensional cardboard heads of famous faces, ranging from writers and artists to religious and sports figures. The Beatles were encouraged by Haworth and Blake to put together a list of their “heroes,” but some suggestions were wisely vetoed, according to Haworth.

“John [Lennon] had Hitler down as one of his choices along with [occultist] Aleister Crowley,” explains the artist. “We left Crowley and took Hitler out.” Attempting to explain Lennon’s controversial suggestion, Haworth surmises, ”That’s probably the folly of youth, but it’s a real whopper. John was provocative to a fault and to the point of almost being rather rude to people. Humorous, yes, but kind of a negative humor — and that isn’t humorous at all.” 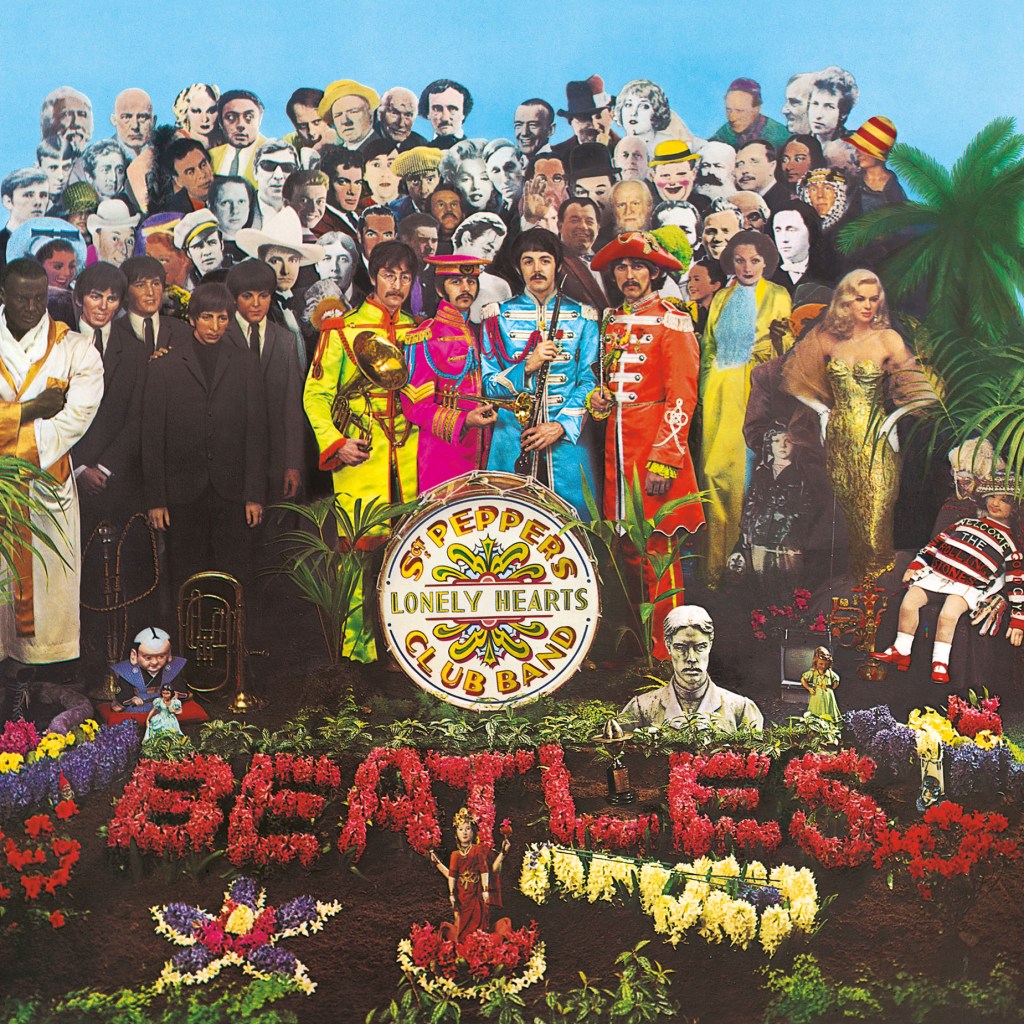 Haworth notes that The Beatles didn’t choose enough people to create the desired crowd effect, so she and Blake included the images of other artists they admired such as Larry Bell, Simon Rodia and H.C. Westermann.

“The Beatles chose no women at all. Mae West was a choice of mine, Peter chose three pinups and we put two wax heads in. Half of the women are fictional and the other half are blondes,” she says with a laugh.

For the shoot, Lennon, McCartney, George Harrison and Ringo Starr were outfitted in vividly colored, military-inspired uniforms, which were produced by famed London costume emporium Angels, which sent a junior seamstress to the set for final detailing. “My abiding memory is of this lanky American parasitical kind of guy in the studio hanging over this poor, young girl encouraging her to try different sorts of drugs and was being so horrible to her,” Haworth recalls. “She was sewing trims and things like that on.”

As the concept grew closer to completion, Brian Epstein, the band’s manager, suddenly realized they could be positioning themselves to be sued by many of the cover’s still living famous faces so a last-minute scramble for permission was penned.

“They wrote to Mae West as one of the group,” Haworth says. “She said, ‘What would I be doing in the Lonely Hearts Club? No, I don’t want to be on it.” West was eventually cajoled into participating.

Despite the cover’s now symbiotic connection to the album’s 13 tracks, neither Haworth nor Blake was privy to its music ahead of its springtime release. “Had I heard [‘Lucy in the Sky With Diamonds’] I would have made a black sky or at least have argued for it,” intimates Haworth.

While firmly cemented in the history of the Swinging Sixties, the album cover’s final product seems to be more the result of a brilliant collaboration and happenstance rather than rife with the deliberate hidden meanings widely offered throughout the past half century.

“What the heck is going on in that cover? Who are the crowd? Are they ‘lonely hearts’ or is it a fan club of the Lonely Hearts Club Band? Is one of them Sgt. Pepper? Where is Sgt. Pepper? Nothing actually fits when you really analyze it,” confesses Haworth.