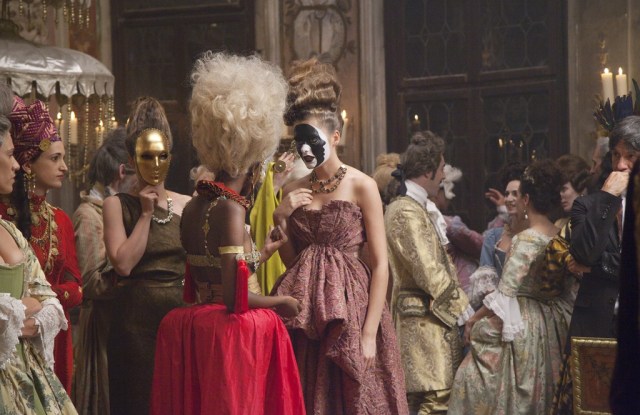 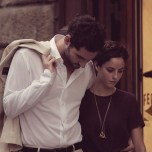 Last month, the French firm unveiled the second installment of its “L’invitation au voyage” campaign, a 60-second film featuring David Bowie and model Arizona Muse that hit French cinema screens on Nov. 20 and is now rolling out to other markets.

“Film has always been an important medium, but it has gained a new energy with the arrival of digital technologies,” says Frédéric Winckler, communication and events activities director at Louis Vuitton. “As a result, it is taking on a growing share of our global communications resources.”

Though Vuitton declined to disclose the budget for the short, directed by Romain Gavras, this type of film is becoming increasingly ambitious, with budgets and big-name directors to rival Hollywood productions.

“On digital platforms, people make a decision within the first six seconds. If in those six seconds you have not captured their attention and you haven’t offered them something interesting, they go elsewhere,” Winckler explains. “It’s very demanding, because it requires film content designed to be watched without being imposed.”

Among the most spectacular examples to date is “The Cartier Odyssey,” a three-and-a-half-minute film released last year that took viewers on a fantastic journey from modern-day Paris to digitally re-created versions of Russia, China and India.

Directed by Bruno Aveillan, the film was greeted by industry peers as a game changer and generated positive audience feedback for the storied jeweler.

Guerlain must have thought it would reap similar benefits by hiring the same director to helm “The Legend of Shalimar,” a nearly six-minute extravaganza featuring Natalia Vodianova. Instead, the film generated a barrage of negative publicity, with cinemagoers complaining about having to sit through repeated screenings.

Guilhem Arnal, partner and chief creative officer at Blue, a division of French film studio EuropaCorp charged with producing brand content and events, lauded Guerlain for breaking with the 30-second television ad format, but said the cosmetics giant had probably misjudged its audience.

“When you impose on a captive audience a film of five minutes and 43 seconds that, to put it politely, is less than enthralling, you can no longer really call it content,” he says. “The aim of these films is always to be slightly dreamlike, and here, the dream turned into a real nightmare. The boomerang effect was absolutely incredible.”

Despite this example, Arnal believes audiences are increasingly open to innovative formats such as feature-length commercial films coproduced by major brands, or biopics like the upcoming Yves Saint Laurent project, directed by Jalil Lespert with the cooperation of the designer’s longtime partner Pierre Bergé.

“If you have brands that are capable of creating real content, and to leave free rein to creativity, they can be better than patrons — they become engines for creation,” Arnal notes.

Luca Guadagnino, for instance, thrives on collaborating with luxury brands. With films for brands including Cartier, Sergio Rossi and Giorgio Armani under his belt, the “I Am Love” director has created a production company, Frenesy, dedicated to making fashion films.

“I only work when I truly like the idea of doing it. I don’t do it for the sake of money and that is a great freedom, because I love to collaborate with people, but I also need to bring my personality to it,” says Guadagnino, who most recently helmed “Walking Stories,” an eight-part Web series for Salvatore Ferragamo.

He emphasizes that understanding the history of a brand and spinning a compelling story are key to creating emotion in the viewer.

“I see many fashion films and they are basically disjointed image after image that don’t give me the narrative of the item I’m going to see through these images,” Guadagnino says.

“A brand is like a house. When you enter into a house, if you are open to listening, you will understand immediately what the soul of the owner of that house is. So for me, the most important thing is, who is the person who is inviting you into his house? And only then, when you really understand the DNA, the heritage, the feeling, the sense of the house and the brand, can you start approaching your own ideas on how to do it,” he concludes.