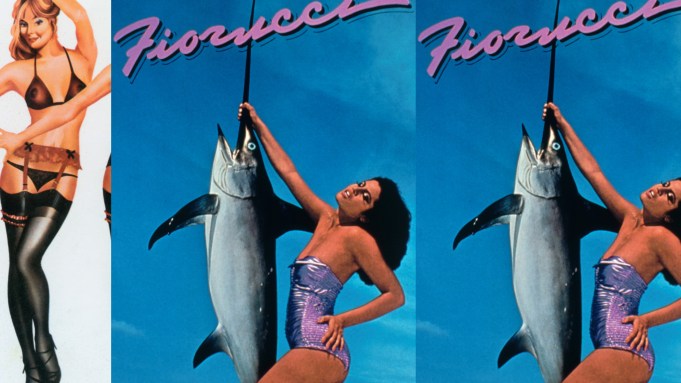 When Stephen and Janie Schaffer bought Fiorucci in 2015, the British couple knew they were inheriting the now 50-year-old company’s history. It was only after being handed the keys to a discreet warehouse outside Milan Linate Airport did they realize the true depth of the iconic Italian brand’s archives.

“We went to this warehouse and expected very little,” explains Janie Schaffer on the phone from her home in London. “There were artworks by Antonio Lopez and Keith Haring, jeans that had been hand-painted by Keith Haring, i-D magazines going back to the beginning, Panini stickers [with Fiorucci graphics] printed mainly in 1984. There must have been 20,000 odd pieces of art.”

Schaffer quickly enlisted a team of archivists to log these treasures, which also included “racks and miles of vintage garments going back to the Twenties and Thirties” as well some of the earliest Disney apparel collaborations. “We knew it was a brand we loved, but the warehouse was a true Aladdin’s cave.”

Once regarded as an “It” brand during the days of Studio 54, Schaffer admits Fiorucci’s influence largely faded in the wake of its rocky business operations throughout the Nineties and into the early 21st century.

“Anyone over 40 has incredibly happy emotional memories about Fiorucci, but anyone under 40 has almost no recognition of the brand at all,” Schaffer told WWD shortly after purchasing the company from Edwin Jeans for an undisclosed sum. Inspired by what she discovered in that warehouse, the businesswoman set out to pay homage to the brand’s history and deliver it to a new audience with “Fiorucci,” a coffee-table book by Rizzoli. The book, available Oct. 3, features the brand’s innovative and ever-changing logo designs and provocative ad campaigns alongside editorial contributions by Marc Jacobs and Sofia Coppola.

“We wanted to make [this book] almost annual and it definitely has got that feel,” continues Schaffer. “We also wanted it to be really affordable and inclusive so it would be great for students to see the extent of the artwork.”

For Schaffer, who with her husband launched the lingerie retailer Knickerbox in the Eighties, this project was about reintroducing Fiorucci to a younger crop of fans who may largely be unaware of its groundbreaking past.

“It was almost like taking a car like an Aston Martin, removing it for 25 years and bringing it back again,” continues Schaffer. “How do you do that when it’s gone out of people’s consciousness? You have to take philosophies and the beauty of the original, but you have to pick up on the new technology.”

With Shaffer at the helm, Fiorucci’s next generation — whose younger fans already include Gigi Hadid, Hailey Baldwin and Joan Smalls — aims at tapping into the changing face of retail by creating a more interactive retail experience for the consumer. “[Our stores] will be somewhere you can come listen to a debate without having to pay a ticket to some exclusive club or you can come do a yoga class first thing in the morning.”

Shaffer likens this to a “movement,” but is quick to point out that “with all movements it takes a little while to get it going — and it’s exhausting.”

Despite an understandable fatigue, Schaffer insists her purview of the brand is a labor of love. “The key for us is to make sure we take the best of what Fiorucci was, build on it with a young professional team and push it to where it could have been for the past 25 years. It would have been so wrong of us not to try.”