The trendy L.A. establishment is expanding.

The upstairs lounge inside Delilah at Wynn Las Vegas.

Delilah, the Los Angeles restaurant and hot spot, is expanding to the Wynn Las Vegas on May 13, WWD has learned exclusively.

What makes it so popular with Hollywood? “It’s the combo of a beautiful room and a great crowd, which has helped us get some great celeb [birthdays] and big events,” John Terzian and Brian Toll shared in a statement to WWD. The pair are behind hospitality company The h.wood Group and creators of The Nice Guy, Bootsy Bellows, Poppy, Peppermint Club and Petite Taqueria — all known spots in L.A. dining and nightlife.

Delilah, like many of their establishments, is also private. Though paparazzi may hover outside, no photos are allowed inside — where there’s eating, drinking and, after a certain time, dancing and bottle service. In Las Vegas, they’ll take over a space formerly known as the Chairman’s Salon. Guests will enter into a lounge that seats about 40, before they’re taken down a “dramatic” staircase and into the main room, which holds a stage. Singers and dancers will entertain the crowd as they dine, until a DJ takes over. And on Sundays, it’ll be jazz night with composer and musician Ryan Cross. 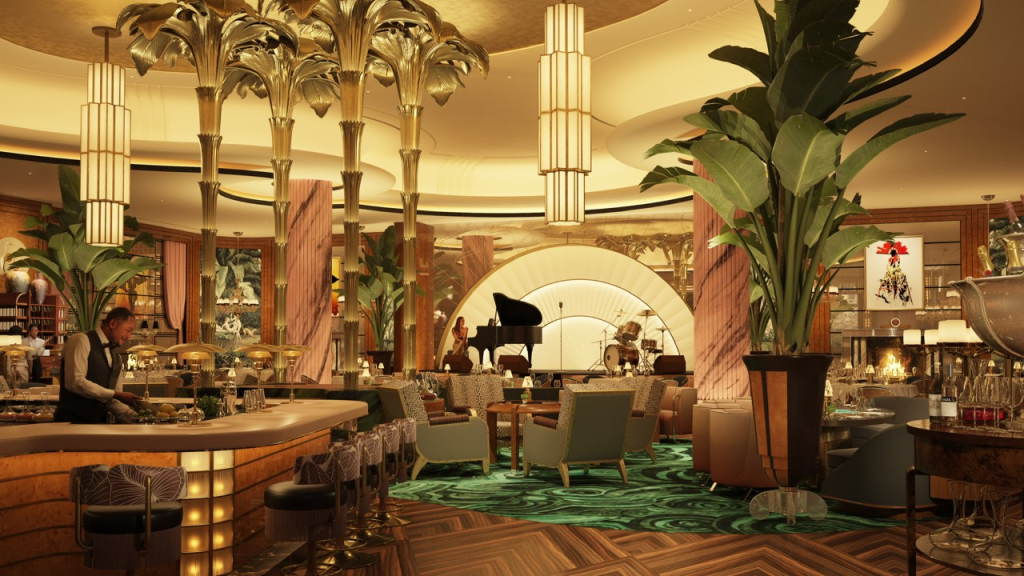 Delilah lends itself to Las Vegas, continued the duo: “The dancers and theme are over the top and will feel like an old school Vegas showroom. We have also always had a lot of synergy with our clientele and Vegas given the proximity. We have so many people who go for the weekend and a lot of our friends in music have residencies there.”

When it comes to the menu, expect new cocktails and bites, though Delilah staples, including the burger, chicken tenders and carrot soufflé, will stay. After midnight, as the space turns into a party, a limited menu will be available.

“There will be a much bigger kitchen in Vegas, so we will step up the food and presentations for sure,” added Terzian and Toll. “Expect more tableside presentations and big plates for sharing.”

Delilah at Wynn Las Vegas — designed by Wynn design and development’s president and chief creative officer Todd-Avery Lenahan — will be open Wednesday and Thursday from 5 p.m. to 2 a.m. and Friday through Sunday from 5 p.m. to 4 a.m. “[It’s] the best property on the strip and made the most sense for Delilah,” they shared of partnering with the hotel.

Next, they have their sights on the East Coast and plan to head abroad. “We are working on potential Delilahs in [New York], Miami, as well as Asia and Europe.”