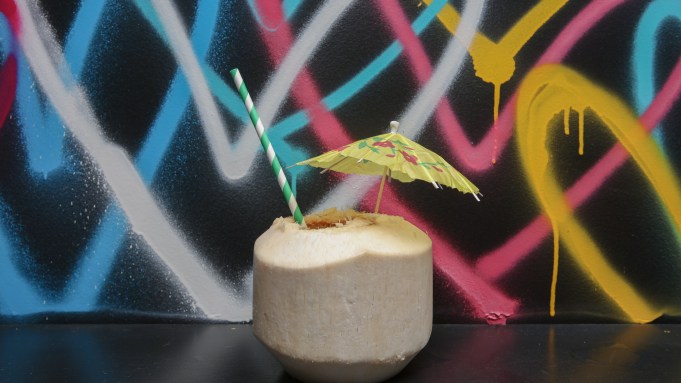 What bar pairs best with a seafood restaurant? For the new Chelsea location of Seamore’s, the answer was an underground rum bar — Fishbone, now open for public consumption.

“With rum and the ocean, it’s a beautiful marriage. With rum, you think pirates, Caribbean,” says owner Michael Chernow of the bar’s focus. “So we developed this rum concept, called it Fishbone, and we’re doing really awesome rum cocktails that we’ve put our own spin on.”

In addition to specialty rum cocktail offerings — including a frozen coconut rum concoction, served in an Insta-friendly fresh coconut — Fishbone will offer a “Seacret” menu of five rotating tapas-style small plates, such as summer albacore tuna poke with watermelon and candied cashews. Chernow noted that watermelon will be a common ingredient for the bar’s summertime “Summer AF” menu.

Located down a flight of stairs accessible from inside the restaurant, the intimate space riffs on the beach theme. The room is situated with bone-colored beach chairs and details such as patterned tile work and a large neon fish lighting fixture hanging over the bar. Chernow tapped his artist friend James Goldcrown to paint his well-known scrawled hearts mural on one wall, a temporary detail before the wall is knocked down to expand the basement space, which will become available for private dining and events; the space will eventually seat 40 to 50 people.

The underground bar concept grew from Chernow’s experience opening a companion one for the Chelsea location of The Meatball Shop, Underballs. “I love trying to figure out a way to create something fun and exciting — not only for the guests but also for the staff,” he says. “Whenever there is a cool element to the restaurant that the staff can be stoked about and proud of, it’s always an asset.”

It also allows for Seamore’s to accommodate customer overflow; instead of guests going elsewhere in the neighborhood while waiting for a table, the restaurant can send them downstairs. 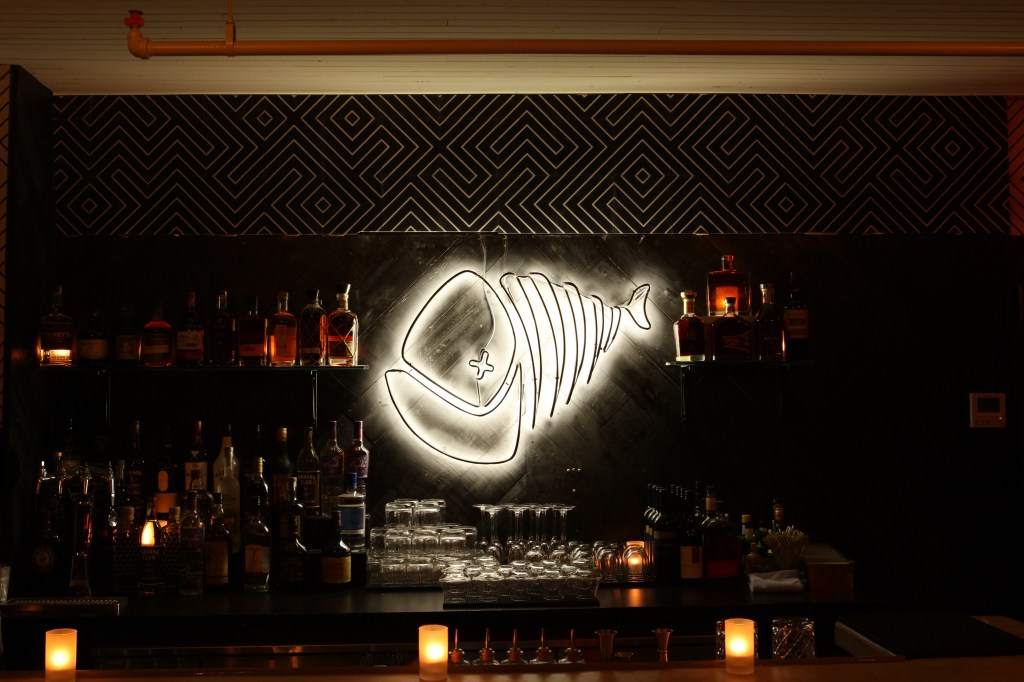