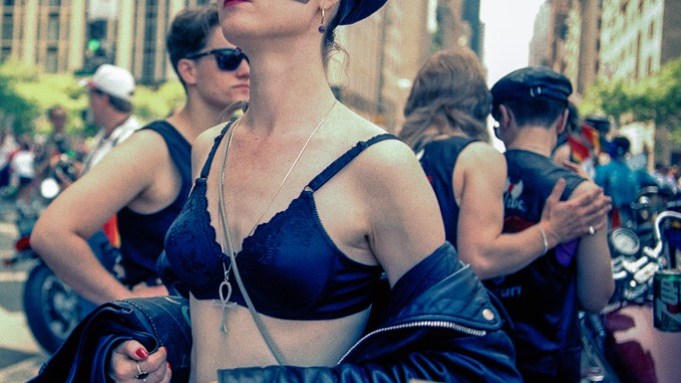 NEW YORK — The Museum at the Fashion Institute of Technology is hoping its newest exhibition, “A Queer History of Fashion: From the Closet to the Catwalk,” will make people better appreciate the contributions to fashion made by lesbian, gay, bisexual, transgender and questioning individuals over the past 300 years.

Visitors may not question the importance of gay men as fashion designers in the 20th century. What they may not know is that scholars have proven that dating back as early as the 1700s, men who loved other men helped to challenge sex and gender roles.

To illustrate that stretch of time, the museum’s senior curator of costume Fred Dennis and director and chief curator Valerie Steele spent two years researching and curating the show, which bows at tonight’s opening party and runs through Jan. 4.

Set up chronologically, the exhibition starts with the 18th century, when cross-dressing “mollies,” “foppish macaronis” and “men milliners” caused quite a controversy. Adrian, Cristóbal Balenciaga, Pierre Balmain, Christian Dior and Jean Paul Gaultier are among the numerous designers and labels featured in the show.

Thanks to the Berlin Film Museum, several stylish men’s wear looks worn by Marlene Dietrich, who was bisexual, will also be displayed when the show opens to the public Friday.

Oscar Wilde is another recognizable character whose style is referenced to detail the history of homosexuality and the history of style in the 19th century.

In total, there will be 100 ensembles ranging from 18th-century men’s wear tied to an emerging gay subculture to 21st-century high fashion.

“I would hope that seeing the overall contribution of the LGBTQ community to fashion over the years will make the next generation of designers, models, stylists and others have some sense of history and embrace diversity,” Steele said. “We hope it will change our view of fashion history. I think it is one of the most important shows that we have ever done.”

An advisory committee including such authors and scholars as George Chauncey (“Gay New York”) and Shaun Cole (“Don We Now Our Gay Apparel”), as well as FIT faculty and fashion professionals, helped Dennis and Steele.

The MFIT has already lined up numerous group tours, an expanded educational Web site and a two-day international symposium Nov. 8 and 9 featuring John Bartlett, Simon Doonan and others.