The restaurant and café opens today on the basement floor of the museum. 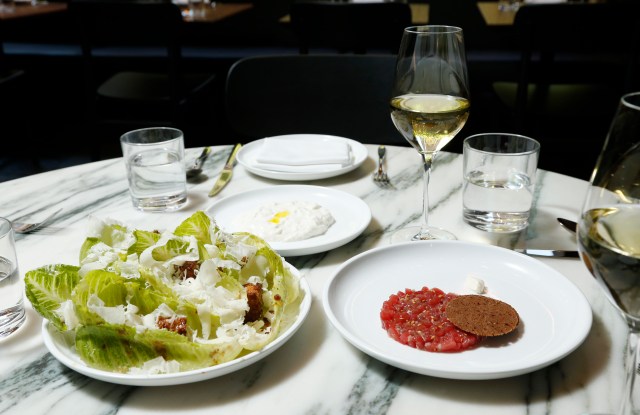 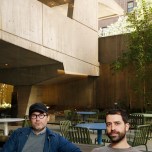 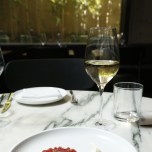 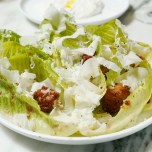 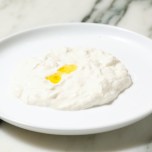 The Met Breuer’s latest acquisition is a study in artful pairing.

It’s likely to be a symbiotic relationship: Flora will benefit from the built-in traffic of a world-class museum, and the restaurant’s pedigree is sure to coax downtown diners eager to check out Mattos and Carter’s latest project uptown to the museum, which opened last March.

Bronwyn Keenan, ‎deputy chief special events officer for The Met, began scouting a restaurateur for The Met Breuer in 2014. “We started talking back and forth and then we just kind of flirted with one another for six months. It was a process of turning each other down,” says Carter, noting that the museum wasn’t originally interested in running dinner service and there was also an issue of timing — Carter and Mattos were then in the process of opening Cafe Altro Paradiso.

But in spring 2015, the Met Breuer restaurant project was back on the table, so to speak, and the pair were awarded the project that summer. “Obviously, it’s a huge honor to be chosen by the largest museum in the Northern Hemisphere,” Carter adds.

Flora Coffee will serve coffee, pastries and takeaway sandwiches in a casual, counter-service setting during the museum’s operating hours while Flora Bar, a sit-down restaurant, will be open after-hours for dinner.

The seafood-forward menu at Flora Bar builds on the culinary momentum Mattos has cultivated downtown. The chef described his approach for Flora Bar as “just simply handled ingredients in a way that it’s comforting but unassuming and surprising at the same time,” and Mattos credits Mediterranean, Japanese and Chinese influences on the menu — but avoids tacking a genre onto his cuisine. “It’s not fusion, it’s something very subtle,” he explains. “We’re in New York and it’s such a cultural melting pot. That’s why we’re here, because we have access to this mix of culture. What we do is we just filter and articulate it in our own way.”

Mattos and Carter worked alongside architecture firm Beyer Blinder Belle to design a dining room that reflects the building’s modernism, but also fit their culinary concept. “They took all our cues,” says Carter. “It’s exactly the same raw materials that we have at Estela: walnut, bronze, glass, marble. The banquettes — it’s a very simple, midcentury, low profile, clean design that fits the space. I mean, the Breuer vernacular is something that you can’t veer from otherwise it would just look like a sore thumb in the space.”

Flora also reflects the museum’s modernist ethos through its food presentation — Mattos’ plating leans to the minimalist and unassuming. “We’re going to make sure that, yes, the food makes sense with what’s happening within this space,” Mattos says.

The restaurant also benefits from the modernist elements of the building, with a ceiling that soars up to the dish-shaped lights above the first floor, expansive windows that look onto a courtyard and concrete walls (which the Flora team insists don’t ruin the acoustics.)

“We’ll be adding little details along the way,” Mattos says, looking out across the empty dining room the day before its public unveiling. “You never open a restaurant that’s completely finished.”