The O.G. Madison salad, Straussie’s bagels, and more are on the menu at chef Mark Strausman's new restaurant near Madison Square Park.

“When the going gets weird, the weird turn pro,” says Mark Strausman, quoting Hunter Thompson. “That describes opening a restaurant in COVID-19 today.”

After 30-plus plus years of cooking in his native New York, Strausman is up for the task. The chef has opened Mark’s Off Madison — M.O.M. — as a venue to showcase the culinary highlights from his restaurant career. Strausman was most recently stationed further uptown on Madison Avenue as the chef for Fred’s at Barneys, but is no stranger to the NoMad area, having opened his first solo restaurant Campagna in the Nineties.

The restaurant, located across the street from Madison Square Park, combines an all-day restaurant with an in-house bakery serving 10 varieties of his Straussie’s bagels. The menu includes familiar dishes for the Fred’s devotees — all the salads are there, including the beloved O.G. Madison Salad with tuna and diced vegetables — as well as his Estelle’s chicken soup and Belgian fries twice cooked in peanut oil. But he’s leaving the steamed spinach uptown and amping up the decadence. 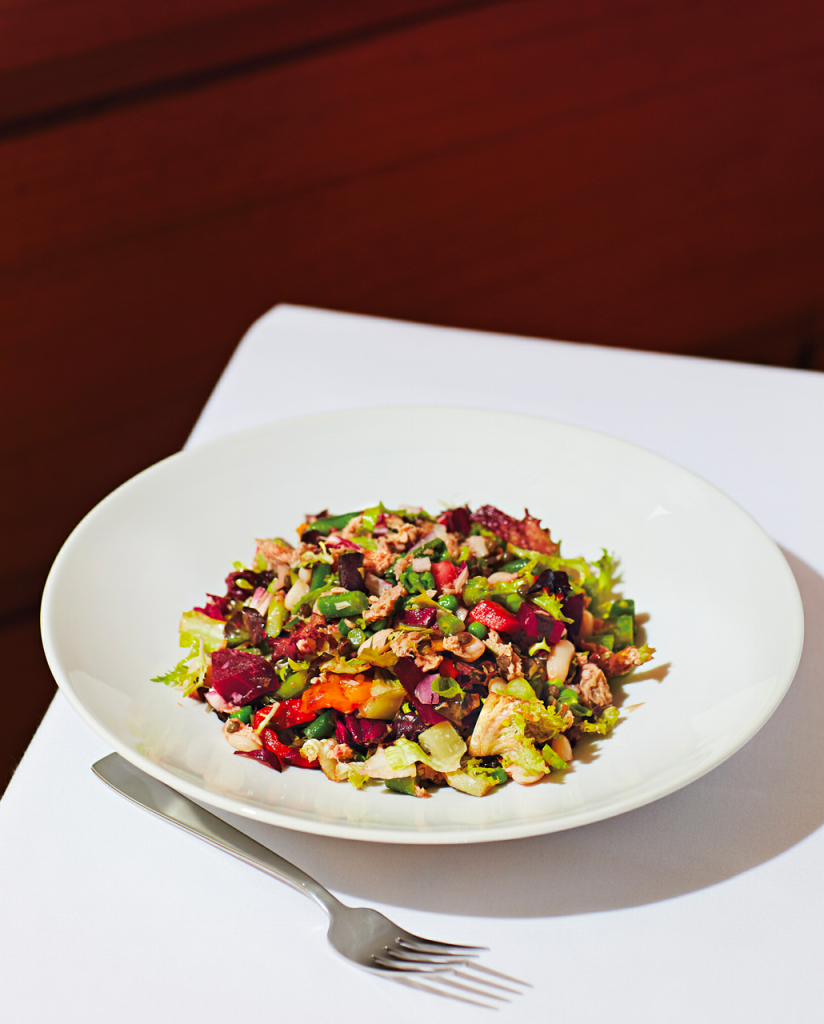 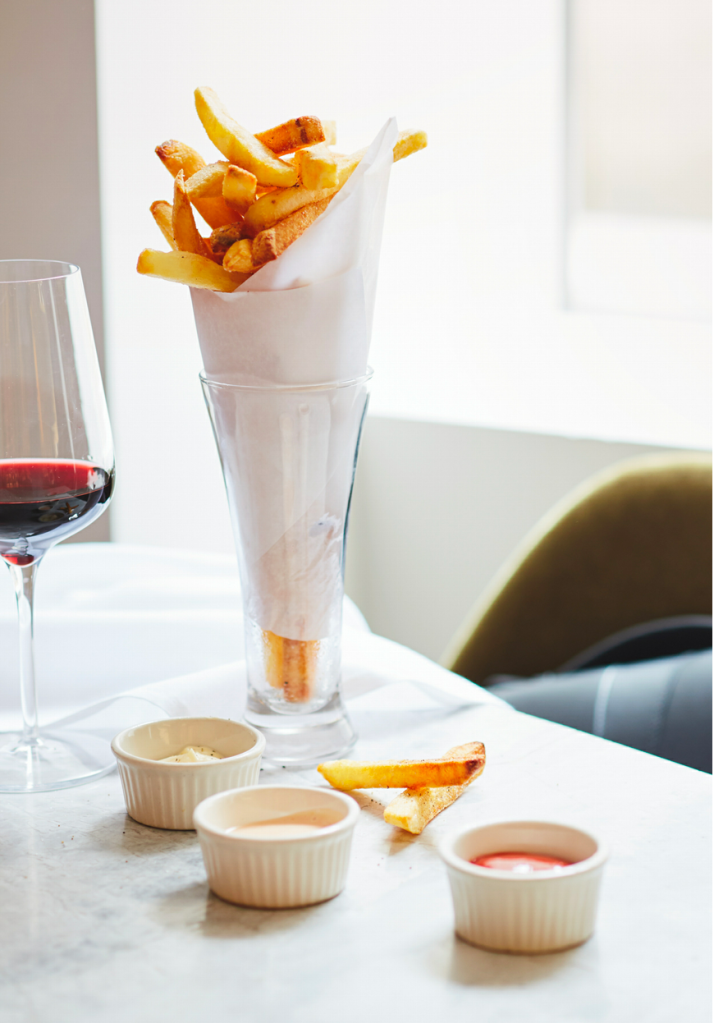 There’s a roasted suckling pig, too. The dinner menu is reflective of the farm-to-table restaurant he ran in the Hudson Valley, Agriturismo, with a selection of pastas and pizzas and meats, as well as the Italian approach of Campagna. At the same time, Strausman has been finding new influences, and the menu reflects interest in Peruvian cuisine; he’s particularly excited about the Escabeche-style grilled octopus with lime.

Straussie’s bagels have also made the move from Fred’s to Mark’s, offered up in the bagel shop and bakery inside Mark’s Off Madison. The concept has become even more important as restaurants in New York continue to operate at 25 percent indoor capacity; the restaurant has also built heated outdoor seating.

“Our saving grace is going to be the deli and the bakery,” says Strausman, adding that the restaurant is leaning heavily on takeout and delivery options. “I said to my son last night, ‘what letter playbook is this again?’ Because we’re now completely again throwing the playbook out….We took the plan, we’ve thrown it out the window. We’re not on plan a, we’re not on plan b — but we haven’t hit numbers yet.”

Indoors, the design pays homage to quintessential New York dining and Jewish delis with an open bakery display, and the dining room features a blue color palette and wooden elements illuminated by warm orb lighting. Strausman enlisted branding firm YoungJerks, who turned the chef into an affable cartoon mascot for the restaurant’s signage.

“They’ve helped me become this childish, fun Bourgondisch chef,” he says. “As somebody said, dude, you got the eyebrows down.” 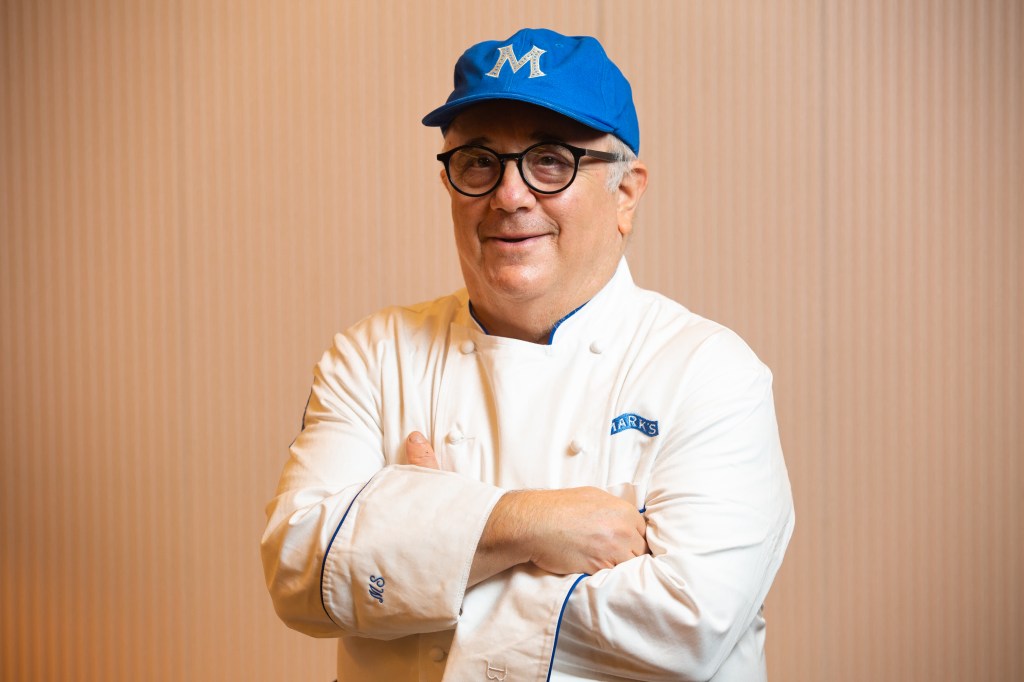 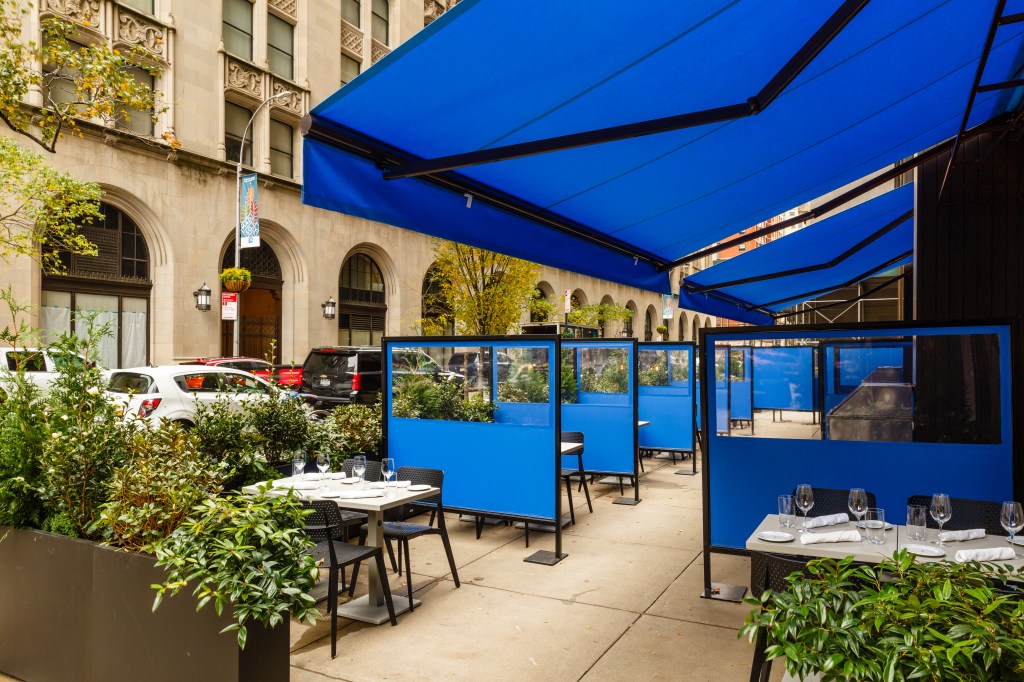 Outside Mark’s Off Madison.  Courtesy 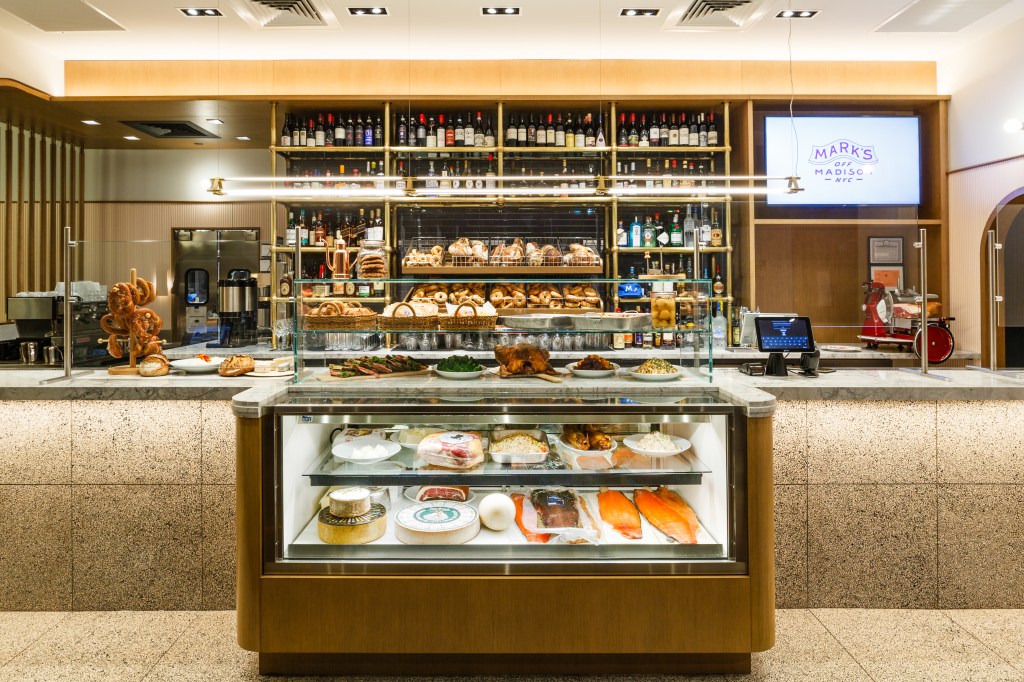 Inside Mark’s Off Madison.  Courtesy of Alex Staniloff