The restaurant, which is set to open later this year in the Lower East Side, is offering meal kits for pickup.

Chef Jacob Siwak was in the process of opening his first solo restaurant in New York when the pandemic paused city life.

With construction on his Lower East Side space halted and in-restaurant dining in New York left at a standstill, Siwak and his team crafted an alternative way to introduce Forsythia to diners ahead of full-service dining: takeout. The team, which includes sous chef Mark Coleman and baker Brian Maxwell, rented a space in the East Village for the takeout operation while finalizing construction.

“We had a choice to either sit on our hands until everything blew over, or get after it and start putting together awesome food for people,” says Siwak. “And we decided to choose the latter.”

The focus of Forsythia is Roman-style cuisine, and pasta, created in-house daily. Siwak, who ran a pop-up in New York with Maxwell last year and spent most of 2018 cooking in at Santo Palato in Rome, is excited to bring his own interpretation of classic dishes to downtown. “I was making 75 to 100 portions of pasta every night for Italians who were pretty demanding, and it was trial by fire,” he says.

Their takeout approach is distinct in that they are only offering a multicourse prix fixe menu — priced at $30 to $35 a person for three to four courses; an option to only order a pasta course is also available — positioned as a “meal kit.” There’s minimal preparation and directions involved — tossing the salad ingredients together, cooking the pasta and then mixing with provided sauces. The idea is to re-create the in-restaurant experience at home.

“We didn’t love how a lot of hot food was getting delivered through third-party services. And we didn’t want to be something like Blue Apron, where 100 percent of the cooking was required at home,” says Siwak. “We wanted to do something where people could have restaurant quality food in 15 minutes or less.”

Diners will receive a piece of fresh baked bread, antipasti, main course and dessert, with choices of several options for each category. The rotating menu will change weekly. Pasta selections from the restaurant’s opening options include scarpinocc, a classic Roman stuffed pasta, and bolognese tortellini. The dishes represent a pared-down version of what they ultimately plan to serve once Forsythia fully opens.

Siwak hopes that Forsythia will be able to open its doors to in-restaurant diners by the end of the summer, and may continue offering the takeaway program if the format proves successful. “Hopefully we’ll be back for a busy fall,” he says. 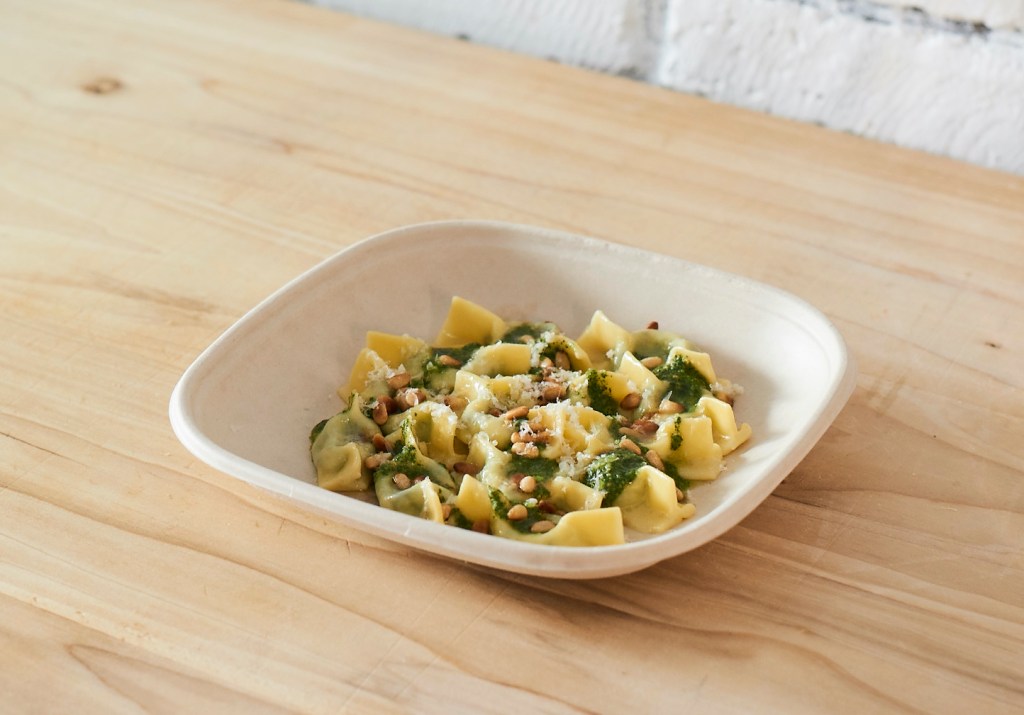 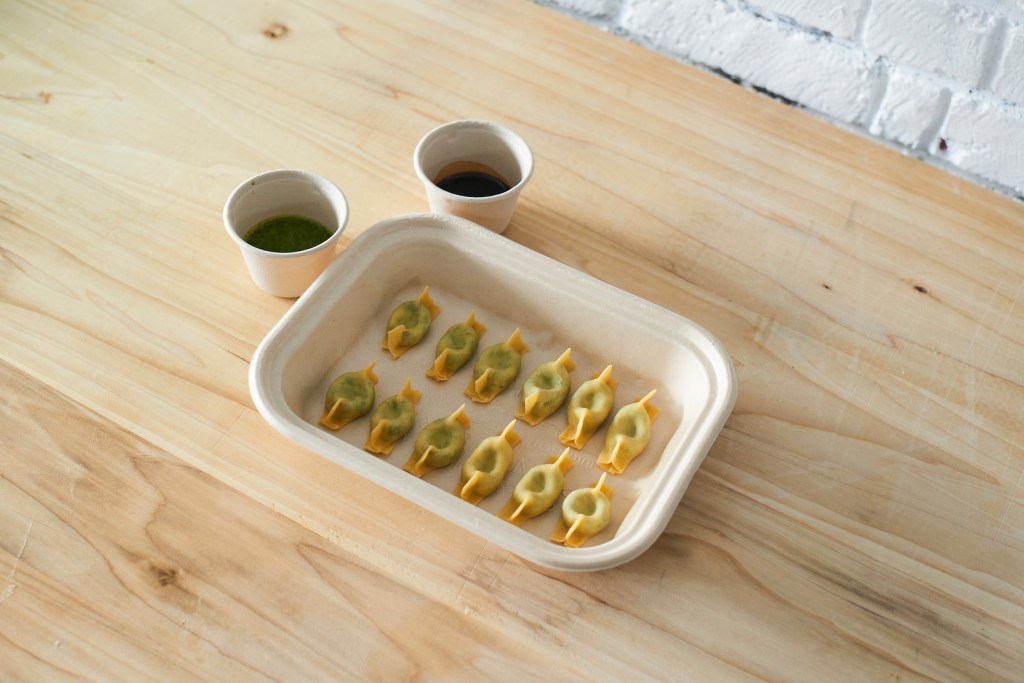 Uncooked Scarpinocc, from the menu at Forsythia.  Courtesy