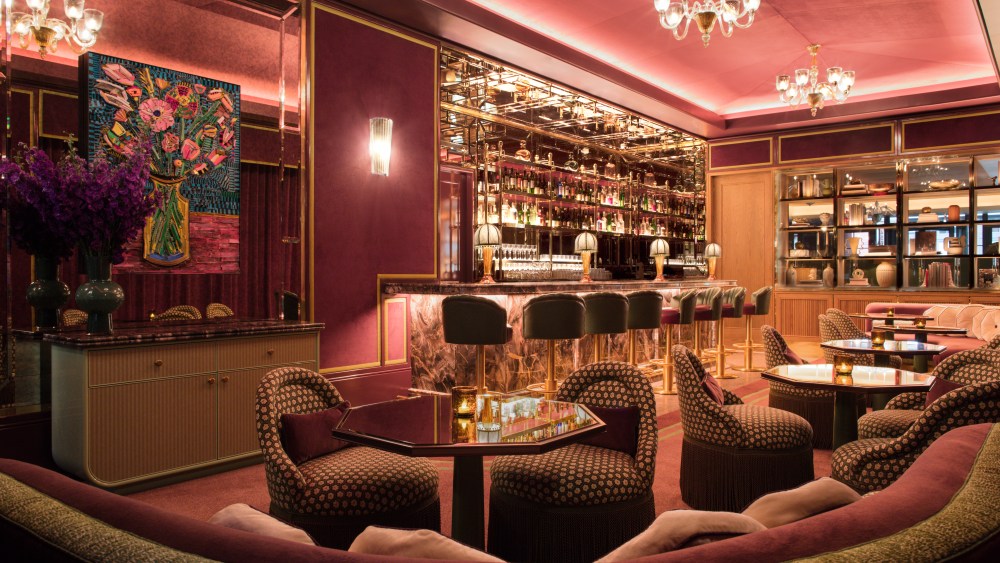 French brasserie Fouquet’s has made its Stateside debut at Hotel Barrière Fouquet in New York.

The restaurant is located on the ground floor of the new TriBeCa hotel, which opened earlier this fall as the first American outpost for the Barrière Group. The New York brasserie marks the 11th Fouquet’s location; the hotel is also home to speakeasy-inspired Bar Titsou and a second casual dining space, Par Ici Café, which will open soon.

The menu at Fouquet’s New York, overseen by Michelin-starred group executive chef Pierre Gagnaire, is led by Bradley Stellings. Classic dishes like Fouquet’s onion soup appear alongside new offerings for a New York audience, such as a dry-aged prime filet served with a green peppercorn sauce with a hint of grapefruit.

“I’ve interpreted the French menu in terms of verbiage in my own way and put my own twist on it, with Gagnaire’s influence as well,” says Stellings, who was previously the director of culinary services for RH at Restoration Hardware and prior to that worked in the kitchen at Brasserie on Park Avenue. “So not running away with the menu; it still reads very true to Fouquet’s traditionally, but a New Yorker’s going to understand a lot more and it’ll have a little bit more relevance down in TriBeCa.”

He points to the restaurant’s approach to escargots as an example — traditionally served in butter, they’ve tweaked the dish to be accompanied by a “green velouté” sauce. “So a nice little twist on the classical dish, but you’re still getting the flavor profile that everybody knows,” he adds.

“We’ve been really working on the flavor, and trying to find the transition between French fine dining classic cuisine and the New York experience,” says food and beverage director Clément Jafet, who worked as a server at Fouquet’s in Paris before relocating to New York more than 15 years ago.

Martin Brudnizki Design Studio, which oversaw interiors for the hotel, was inspired by the French Art Deco movement and channeled that aesthetic in the ornate dining room, which features broad strokes of red accents, wood parquet floors, chandeliers and seating upholstered in green-patterned fabric.

“There is a kind of ‘wow’ effect before tasting the food, about the design of the venue,” says hotel general manager Gilles Stellardo of guest reactions to the space. “There is really a total synergy between the vision and the school of Gagnaire and the technique of Bradley.”

Stellardo, who was with the Mercer Hotel for many years before joining the project, comes from a French family of hotel and restaurant owners and feels the weight of representing the brand in New York.

“In Paris, the [Fouquet’s] name is really attached to the brasserie. It’s been there since 1899. When you think of Paris on the Champs-Élysées, you see a picture of people having a coffee or a croissant, there is this idea of French romantiscim in Paris,” he adds. “It’s an institution, and it’s more seen as the traditional luxury hotel rather than the lifestyle hotel,” he adds. “The vibe [in New York] will be a luxury lifestyle hotel — not stuffy. The mix of clientele is different generations and backgrounds. That’s what makes the hotel bubbly and exciting.”