After opening locations in London, Jordan, Egypt and Los Angeles since its 2013 start, boutique ice cream shop Four Winters has expanded this summer to New York. The shop joins the growing restaurant and bar scene in Long Island City, settling into a narrow brick walled space of a cozy block in the neighborhood. While ice cream shops are a dime a dozen, Four Winters sets itself apart through technique and flavor: each order of ice cream is frozen on the spot using liquid nitrogen for optimal texture and freshness, and ingredients are sourced locally and crafted in-house.

The team taps into their Middle Eastern backgrounds and works with local producers in each region to bring unexpected flavors to new markets.

“The beauty of our team is its diversity. We’re people who travel; it means a lot of culture of flavors go into the ice cream,” says Zeid Zabian, one of the London entrepreneurs behind the project along with Omar Alkhawaja.

Zaynab Abdullah, a New York native and pastry chef who has worked with Del Posto and Mah Ze Dahr and leads product development for Four Winters, says the ice cream has served as a sort of cultural exchange through flavor and opportunity to subvert expectations. Menu offerings have included Knafeh, a frozen re-creation of the classic Middle Eastern dessert; Key Lime Pie; Afternoon Tea, and S’mores.

“For example, we brought a really American product — peanut butter — to Jordan. We brought Halvah to L.A.,” she says. “It’s so exciting to see something like S’mores outsell in Jordan,” she adds. “Our number-one flavor is Knafeh, which is a Middle Eastern dessert. It sells at the top everywhere, because everyone is so intrigued by it.” 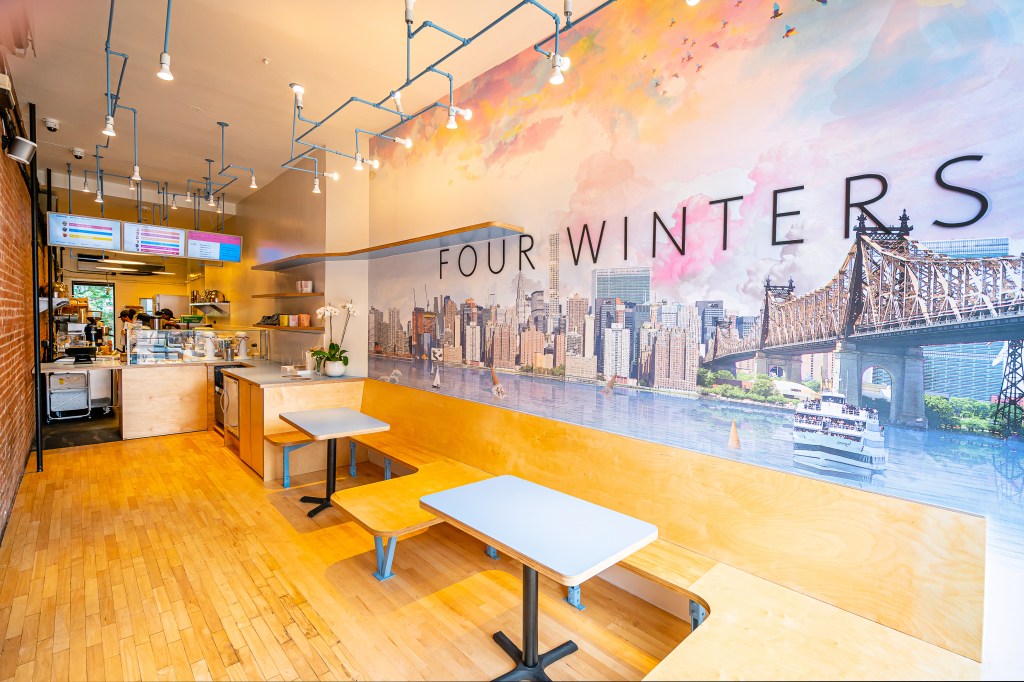