The Williamsburg flower shop is both a retail space and workshop for the floral curious.

After several years operating out of the Canal Street Market, Fox Fodder Farm has returned to its roots.

The floral design studio has opened permanent Brooklyn headquarters in South Williamsburg, not far from where founder Taylor Patterson first pivoted to floral design in 2011. Before popping up on Canal Street, the team had operated out of spaces in Bushwick and Greenpoint in Brooklyn.

“I had been dreaming about this kind of space for a long time,” says Patterson, a few days before the store’s Valentine’s Day opening date. Although she’d originally been hoping to find a space in Manhattan — for proximity to the Flower District — she was contacted by the broker for Two Trees Management, the real estate developer that has reshaped much of the Williamsburg waterfront.

“[The company] is really good to small businesses, and they really prioritize bringing in small businesses that add to the quality of life for their residents and create a community feel,” says Patterson. “So in terms of the space and the rent and everything they were offering, it was a little bit of a too-good-to-be-true sort of situation.”

Fox Fodder Farm is named for Patterson’s family farm in Delaware; the space has a few sentimental touches, including a unique stone water fountain inside the entrance and golden finches. She worked with a friend, Brook Klausing of Brook Landscape, to transform the raw cement space into a minimalist sanctuary for floral design.

“The idea for what we wanted it to feel like in here was a bit like otherworldly in a way; it’s like you’ve walked inside but walked outside. I didn’t want anything to be precious,” she says. 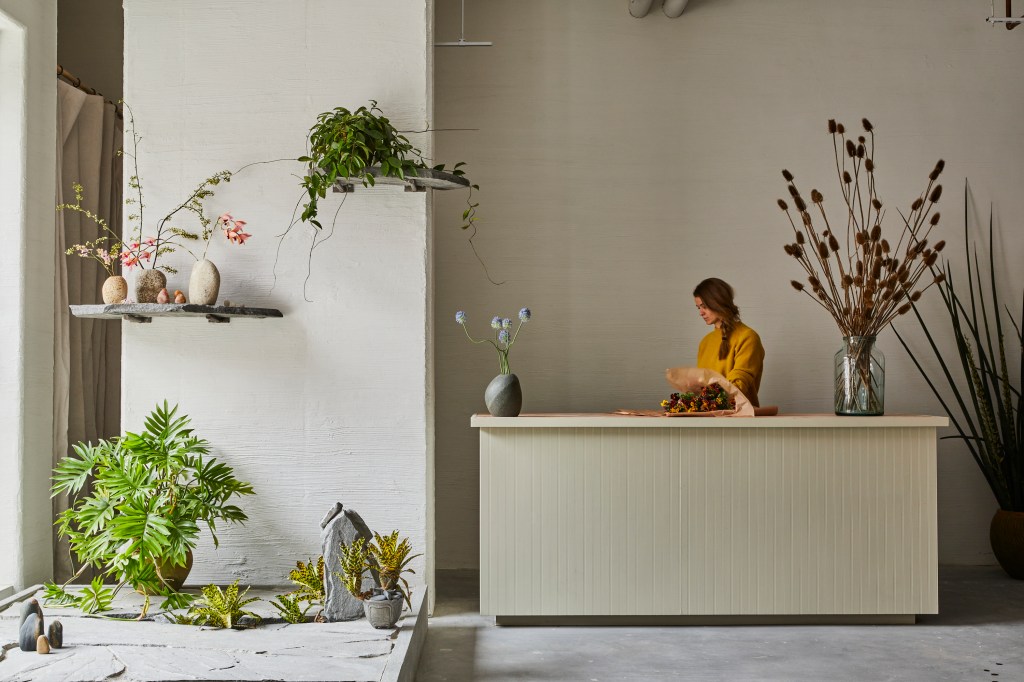 Patterson entered the world of floral design while working as a waitress at The Smile; she asked the woman who prepared the restaurant’s weekly floral arrangement if she could trail along, and became her assistant before starting Fox Fodder Farm in 2011. Eight years ago she was hired to do the flowers for Pamela Love’s wedding, which was featured in Vogue. “And then somehow I had cred,” she says. “I was like, guess I know what I’m doing. I’m just going to have to fake it ’til I make it.”

Now The Smile is one of Fox Fodder Farm’s accounts, along with Estela, King, and Altro Paradiso; fashion brands including Fenty and Rodarte have tapped the florist for events and fashion shows.

While the Brooklyn space will operate as a work space for the studio to produce their jobs — events and weekly accounts for restaurants and boutiques make up the bulk of its business — they will also open their doors to provide a workspace and guidance for hobbyists interested in floral design. They plan to offer workshops, as well as packages aimed to make it easy and affordable for people to drop in and create their own arrangements; table space with tools will be available to rent by the hour. Items for sale include handmade vases and soaps. And, of course: flowers.

Flowers will be on offer by the stem in buckets, labelled with info on where they were grown. It taps into Patterson’s intention to bring transparency and responsibility to the floral industry. Last year she made a commitment to not use flower foam or buy dyed or preserved flowers.

“I just decided that, while cool and interesting, it just doesn’t feel responsible towards the environment for me,” she says. “And our industry is such that a lot of flowers are grown with pesticides, things are shipped all over the world — we are in a unique position in that we’re dealing with nature and it’s obviously beautiful, but it does have its dark sides.”

With that in mind, Patterson prices the flowers by the stem with a lower markup than the industry standard to keep inventory moving and also help customers break through any shyness they may have about trying a hand at putting their own arrangements together.

“I want it to feel a little bit like you’re walking through a garden,” says Patterson, grabbing a few stems from the various buckets surrounding her on the ground, in demonstration of how she hopes her customer will feel comfortable and empowered to also do it themselves. “My goal is to make this industry more accessible to people and not so precious.” 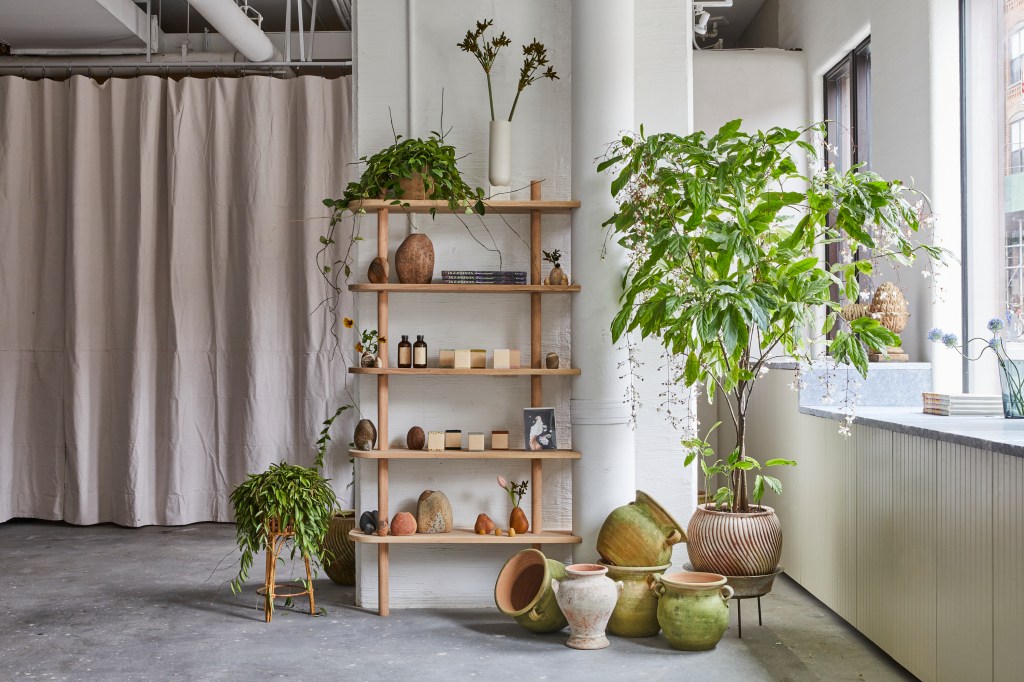 See More from the Eye: