A sword encrusted with 2,300 diamonds and a solid gold Legion of Honor star created by Chaumet are some of the highlights of this exhibition.

A Coldstream Guard jacket from 1890.

POWER TRIP: How do you manage to convey elegance while sticking to strict military rules? Adding a Hermès leather belt to an officer’s thick wool peacoat is one option; carrying a crystal sword made by Baccarat is another.

Beginning Oct. 10, the Musée de l’Armée in Paris will explore the relationship between luxury and power, retracing how the military world has always relied on aesthetics to convey messages of rank and authority, from the French Renaissance to present day.

“The military profession has always had strong ties to the question of appearance,” said Olivier Renaudeau, head of the Ancient department at the French army museum. “By definition, a member of the military has a particular status that differentiates him from the mass of civilians he is supposed to defend. This exhibition aims to show that the use of luxury on military uniforms is not a whim, but answers specific needs.”

The exhibition, named “Les Canons de l’Elegance,” or “Archetypes of Elegance” in English, features a majority of objects that are shown to the public for the first time: previous events at the Musée de l’Armée focused on the practical details of a soldier’s life. “This is the first time we’re dedicating an exhibition to the superfluous,” said Renaudeau.

The first section of the exhibition focuses on how military apparel is a representation of political power. A tiny armor stands in one of the glass cabins: It was gifted by the French city of Moulins to Louis XIII when the future king was just three years old. The sovereign, despite being far too young to be on the battlefield, still had the right kit just in case. 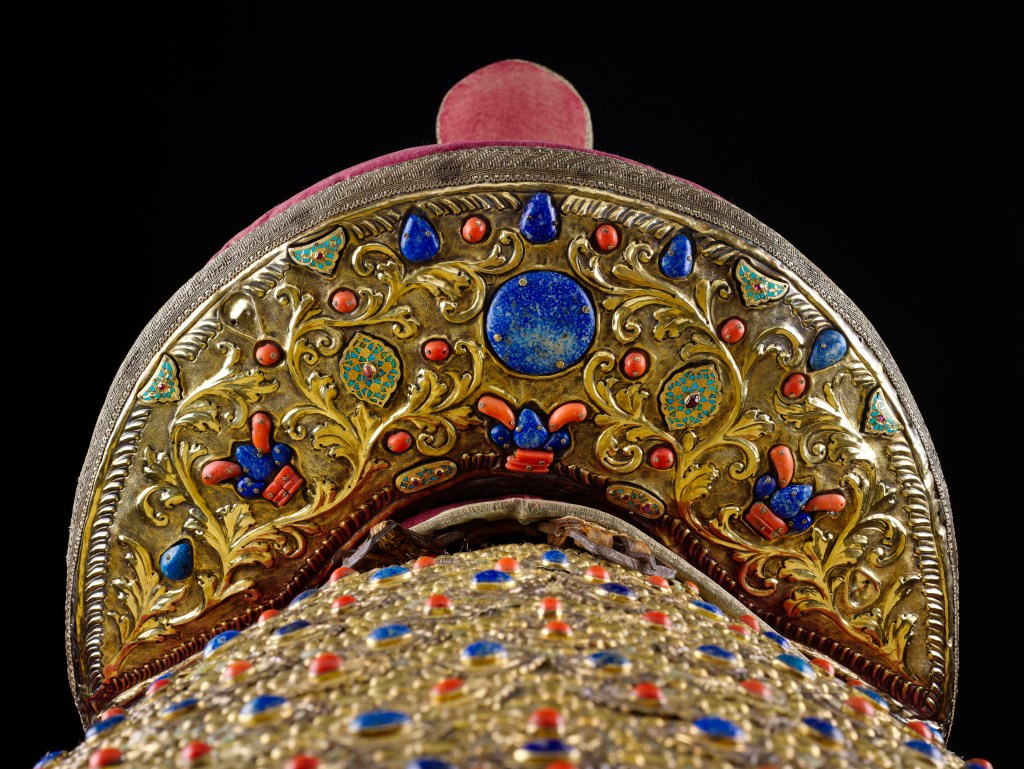 A detail from an Egyptian harness studded with coral and lapis lazuli.  Courtesy

Some pieces are a testament to artisanal skill, defying all notions of practicality. A sword that used to belong to Louis XVI was encrusted with 2,300 diamonds, and is being studied by the high-jewelry section of the École Boulle to learn the ancient setting techniques used on the historical piece. The sword was only worn once: Louis XVI appeared with the piece in May 1789 during the first governmental meeting that led to the French Revolution.

The names of famous luxury houses are dotted throughout the exhibition. A sword made of 30 kilograms of crystal was crafted by Baccarat; a platinum, copper, gold and sapphire baton was gifted by jewelry house Tiffany & Co. to Marshal Foch in 1919, and a solid gold Legion of Honor medal was studded with precious stones by Chaumet.

As well as being used as manifestations of high rank, luxury items were useful to convey respect and cooperation. One of the exhibition’s standout pieces is a monumental horse harness decorated with coral and lapis lazuli, a trophy captured by a soldier during the battle of Egypt in 1798 and brought back to Napoleon Bonaparte as a gesture of respect. The harness used to be worn by a specific branch of Egyptian fighters who believed wearing all their fortune to combat would help them win.

The last room of the exhibition is dedicated to how military wear inspired fashion designers. The choice was made to examine how military outfits transitioned from ceremonial pieces to something a lot more pared-back, a fact that is both linked to technical progress and an increase in conflict scale.

Countercultural movements appropriated khakis and camouflage print, while fashion designers elevated functional pieces like duffle coats and bomber jackets to runway status. This last room feels a bit like an afterthought: The couple of fashion pieces, despite being signed by big names — an embroidered duffle coat from the Dries Van Noten fall 2015 collection and a silhouette from Raf Simons’ fall 2001 “Riot Riot Riot” collection — don’t shine as brightly as the nearby diamond swords. 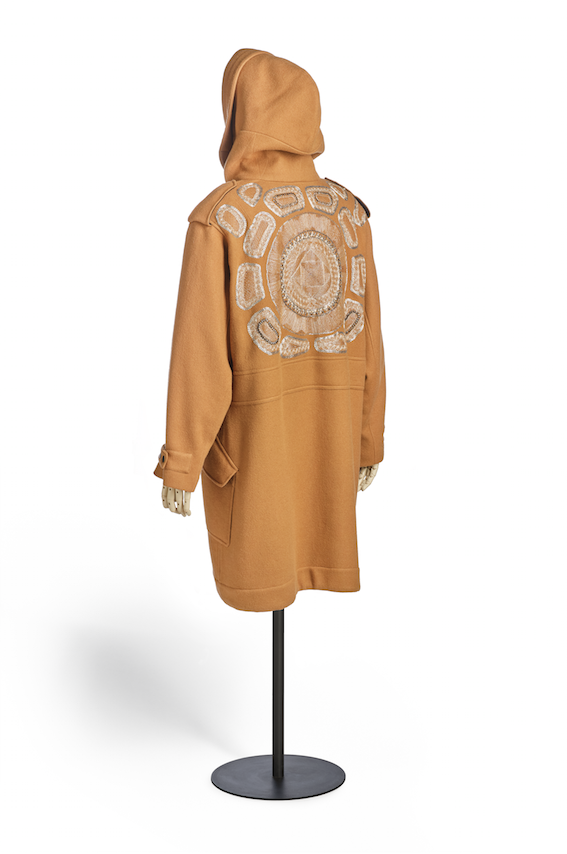