From the Sea: Barchetta Opens in Chelsea 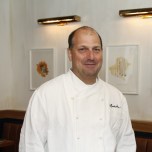 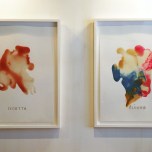 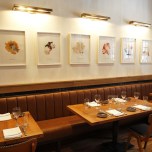 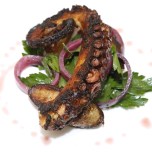 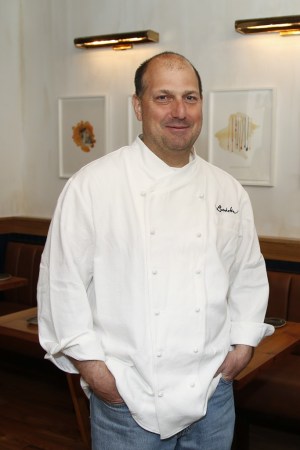 Asked to recall his favorite meal in New York City, restaurateur John Meadow of LDV Hospitality looks no further than the bar at Esca, the southern Italian trattoria in Midtown where executive chef David Pasternack has been cooking refined seafood for the past 14 years.

“Between the crudo, the service, Dave, the music, the overall experience,” Meadow says with a pause. “That felt personal.”

Meadow and Pasternack are shaking up that formula ever so slightly for their new venture. Opening today, Barchetta — Italian for “little boat” — is a more casual, neighborhood-y seafood spot in Chelsea with a focus on hyperlocal sourcing.

“I’m not going to reinvent the wheel — I don’t want to reinvent the wheel,” said Pasternack, who will split his time between the two restaurants. The chef is crafting dishes with the expected sorts of fish — salmon, tuna, swordfish — alongside lesser-known species. The crudo section, a highlight on the menu, offers raw fish in evocative and delicate unions — longfin tuna paired with sun-dried tomato, local porgy drenched in Sorrento olive oil and pumpkin swordfish finds a rightful pairing with crushed pistachio.

Inspired by the simplicity of Spanish and Italian seafood, Pasternack is putting the product and local fishing community in front. “The simplicity of what it is, is the best of what it is,” he said. He is also dedicated to keeping the ingredient sourcing as local as possible, whether it’s fresh fennel or arugula grown in his own garden, scallops straight from Long Island, or buying trout directly from an aqua farm that also supplies stock for local rivers and streams.

“You hear him speak about where he’s finding his product — it’s a different level of commitment,” said Meadow.

Chris Sheffield of SL Design was tasked with outfitting the interiors. He looked to his artistic friends to supply much of the art, which includes work from Alexandra Posen (sister of Zac) and paintings from artist Edie Milstein. The restaurant also plans to feature rotating artwork from local galleries.

“It’s a spectacular mix of unique art and raw material,” said Meadow, knocking on the wooden table crafted from refurbished wood. “There’s a human touch to all of it.

“This restaurant feels like it’s been here. It feels personal,” he continued. “We did not open [it] to be this hot new thing for the next two years and then onto the next. We have every intention to build something to last. The only way it lasts is when you’re a part of a community.”

Pasternack’s summary of the restaurant echoes his simple approach to the food: “It’s a casual seafood restaurant where I guarantee you’ll be talking to the people next to you.”

NEXT: Q&A With Chef David Pasternack >>

Current ingredient: “Savory. I use it a lot like I’d use rosemary or thyme. It has the combination of thyme, oregano and rosemary. It’s really good if you’re going to grill a piece of fish or chicken. In Italy you use it a lot in stews.”

Go-to meal: “Pasta with tomato sauce. What’s better than that?”

Garden rule: “My rule of thumb is the first big tomato I pick is [for] a BLT.”

NEXT: Cocktail Recipe From Barchetta >>

For those who dare to wield squid ink water behind the bar, a recipe. The Spezia, a cloudy concoction, tastes much like a martini (stiff, crisp and clean) with a mild briny kick: