The designer hosted the British actress in honor of her role in the film "Christine." 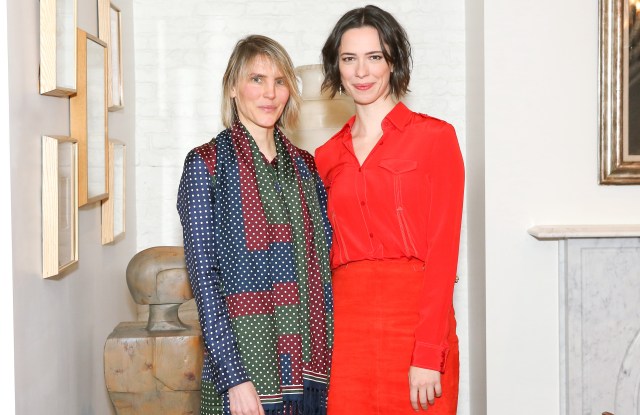 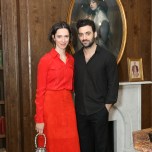 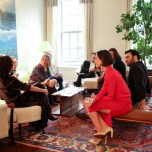 When the occasion is a film about the true story of the on-air suicide of a newscaster, the table talk isn’t destined to be light. There were some heavy topics under discussion at the luncheon Gabriela Hearst hosted Wednesday at her West Village town house for Rebecca Hall, celebrating her portrayal of Christine Chubbuck, the Florida television news reporter who took her own life during a live broadcast in 1974.

Antonio Campos’ film “Christine” follows the last two weeks of Chubbuck’s life in a portrait of a women’s mental unraveling that was at least partially triggered by her boss’ insistence on airing stories according to the tag line “If it bleeds, it leads.” It’s not easy to watch; Hall admitted that after she got the script, she put it aside for a while.

“I’ve noticed in the promoting of it that people are really frightened to go and see it,” she said. “It’s enraging but also kind of interesting because it makes me feel that it’s saying something very significant about the moment we’re living in right now. You don’t make a period film and go, ‘Oh, isn’t it interesting how people were in the Seventies.’ You make it because it’s relevant to the moment that we’re in right now.”

How long until the current state of the media was on the table?

Cue a lively political discussion on the role the news — real and fake — played in the American presidential election cycle, as well as people’s twisted fascination with coverage of the grotesque, for example, the story of Armin Meiwes, the German man who ate another man after advertising it on the Internet.

Hearst has been hosting intimate lunches and dinners in honor of women she admires since launching her brand last year. In April she hosted Gillian Anderson while she was in town to play Blanche DuBois in Tennessee Williams’ “A Streetcar Named Desire” at St. Ann’s Warehouse. Prior to that Olympic triathlete Gwen Jorgensen was welcomed at a lunch in Hearst’s home. The gatherings can turn into salon style discussions depending on the guest list, which typically includes a small roster of press, as well as friends of the guest of honor and Hearst and her husband Austin. The couple watched “Christine” on Thanksgiving, with Hearst unaware of the plotline.

“I honestly went in completely blind watching the movie,” she said. “When you watch this film without knowing what it’s about, your mind keeps on getting more and more intrigued because it’s like, ‘Okay what is this about? What’s going to happen?’”

She wasn’t in it for a happy ending. “Rebecca’s performance was so powerful, we wanted to do something to support it,” Hearst said.