Up Close and Personal With Garrett Clayton

The actor talks starring in 'King Cobra' opposite James Franco and Christian Slater and moving on from Disney. 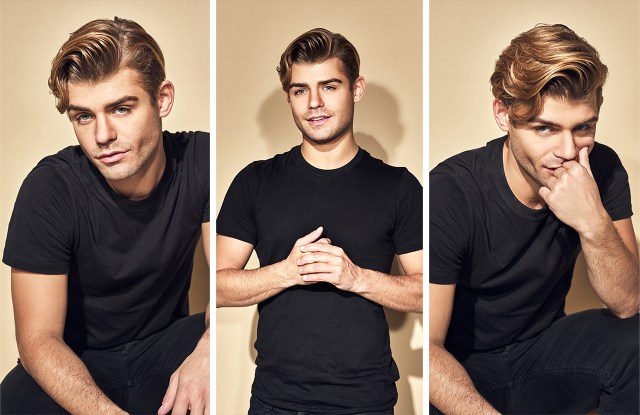 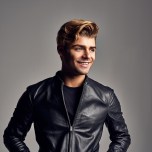 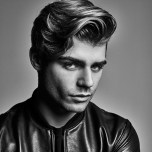 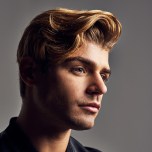 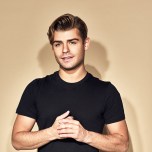 “After I started being able to grow a beard, I was obviously done at Disney,” Garrett Clayton begins, “until I’m old enough to be a parent or an annoying older brother.”

“I was a little bit worried, because you never know how people are going to react when you do something so out of the box,” the Michigan native admits of taking on the role. “Especially [for] a Disney kid jumping out of the box and doing something so out of left field. I was talking to my mom and I was like, ‘I just want your opinion on it, what do you think?’ And she said, ‘You moved out to L.A. and you took risks, why aren’t you going to take a risk now? Why are you going to stop when you’re given another chance to show another side, another character, that nobody would expect from you?'”

Only a kid when the events transpired, Clayton prepared for his leading role by researching Corrigan — real name Sean Paul Lockhart — online, and reading the book “Cobra Killer,” which inspired the film. It’s a racy role, packed with explicit and salacious scenes. Clayton had to fully let go of his modesty to pull off the part.

“The first scene I did ended up not making it into the movie,” he recalls. “I’m getting ready to go out to the pool, and I’m in the little blue boxcut Speedo, and I have the ‘Brent’ necklace on, and that’s about it. I’m in the bathroom, and Christian [Slater; in character as Kocis] comes up and he tells me I’m pretty, tousles my hair and kisses my neck and hugs me, and slaps my ass. And on the way out the door he says ‘Don’t forget to shave your pubes.’ That was my acclimation. I was like, ‘Oh, OK. Might as well get really comfortable.'”

He didn’t quite take a method approach to the role, although he did walk his way into the necessary level of comfort: He walked around set in his underwear.

“Normally, I wouldn’t walk around 60 people in my underwear, but I couldn’t let that show on camera,” he explains. “If I’m going to portray someone who works in the adult film industry, they obviously are very comfortable with their body, and comfortable being naked around people,” he continues. “It meant that I could show that kind of confidence on camera without thinking twice about it.” He also worked closely with Slater before filming to build familiarity that would read between their characters onscreen. “We both wanted to be comfortable with each other, so that you felt there was a history between those two people, so it didn’t just feel like two actors doing a scene.”

Despite the unusual premise, Clayton stressed that the movie has a wide thematic familiarity. “For me, the story is about perseverance,” Clayton says. “It’s a story about taking charge of your life and making decisions for yourself and doing what you want with it. This is a story where somebody took a really hard situation, made the best out of it.”

Since “King Cobra,” Clayton has worked on a sci-fi “stoner” movie, a workshop of the new Tennessee Williams play “When God Looked Away,” and he will appear in “Hairspray Live” in December. He certainty isn’t letting himself be typecast.

“I’m exploring different characters, different mind-sets,” Clayton says. “I just want to keep on the track of being able to be multifaceted and just keep doing really interesting work.”