José María López and Maximilian Günther enthused about the electric cars' championship and the breathability technology of the Geox shoes.

ROME — The Formula E race in Rome last Saturday was the talk of the town, as the 11 electric cars’ teams took over the EUR district of the Italian capital.

Ahead of the race on Thursday, the teams were busy fine-tuning the cars and drivers had some time for brief interviews and selfies.

On pit lane, after trying to learn to flip a pizza, three-time World Touring Car Championship winner José María López, now a Geox Dragon Racing driver, discussed keeping in shape for the races. “I have a specific diet especially close to the racing weekend, although I always pay attention to what I eat as one or two kilos on the car make a big difference,” said López. “But I also do lots of sports, I ride my bicycle — I like it very much for muscle and cardio and you don’t get bigger. If you go to the gym, you may put on too many muscles and those are heavy. I work on muscles mostly on the arms and neck.” 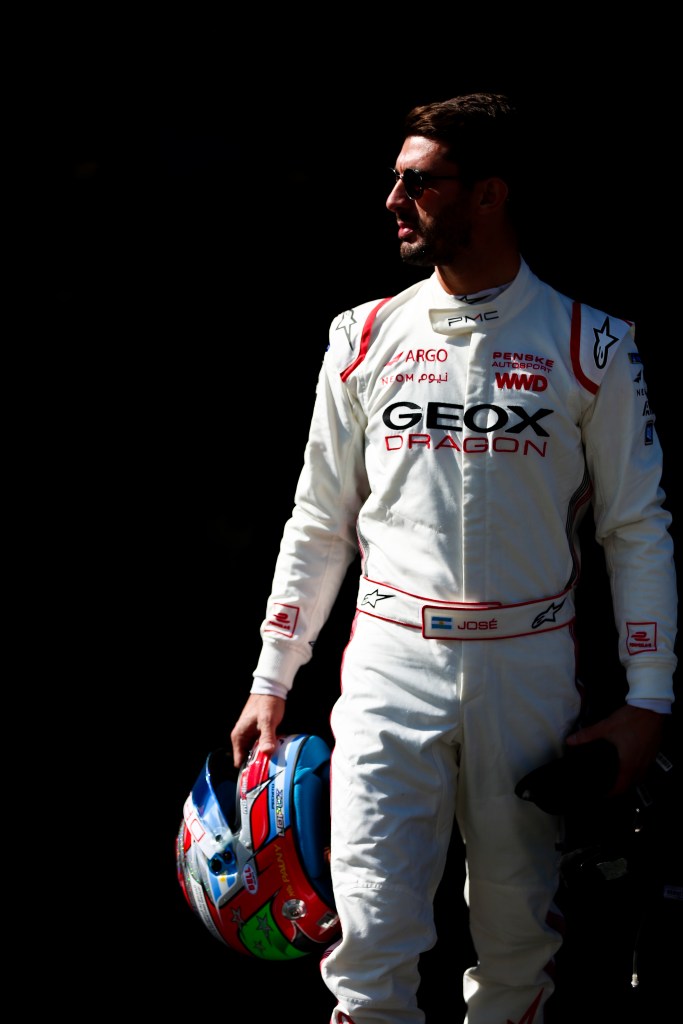 Last year, Italian footwear and outerwear company Geox inked a three-year partnership with the Dragon Racing team, renaming it Geox Dragon beginning with season five of the ABB FIA Formula E championship. In addition, Geox provides its signature breathable shoes and apparel to the drivers and team members, who travel across five continents and compete on urban circuits.

Dragon’s owner and team principal Jay Penske, who founded the racing team in 2007, is also the chairman and chief executive officer of PMC, which owns WWD.

Headquartered in Los Angeles with additional operations in the U.K., at the Donington Park racing circuit, Dragon competed for many years in IndyCar before becoming one of the founding teams of the ABB FIA Formula E Championship.

The Geox shoes are very light, said López, and the “breathability technology helps us when in gets so hot in the car, especially on Saturday [the day of the race], we spend a lot of time here, it’s very intense.”

López, who also takes part in the FIA World Endurance Championship, enthused about the Formula E races. “The level is very high and it’s growing increasingly challenging, with former Formula One drivers such as Felipe [Massa] and Stoffel Vandoorne. It’s very different, a new way to race,” said López, who started racing when he was only seven, in Argentina, after his father bought him a kart.

Formula Two driver Maximilian Günther, who took the podium at Silverstone and in Bahrain last year during that championship, also started with karts and contended that Formula E “is the future of motorsport. Already the level is so high. There is Formula One and then Formula E. It’s an extremely competitive championship, and the fact that no other championship has more manufacturers than Formula E shows how strong the interest is. It’s a very modern way of driving.” Asked about the Rome track, Günther said it was one of his favorites as it’s “very exciting, it’s very long and bumpy with tricky parts, uphill and downhill. And it’s great to drive in front of the Italian crowd — also given our Italian sponsor.” 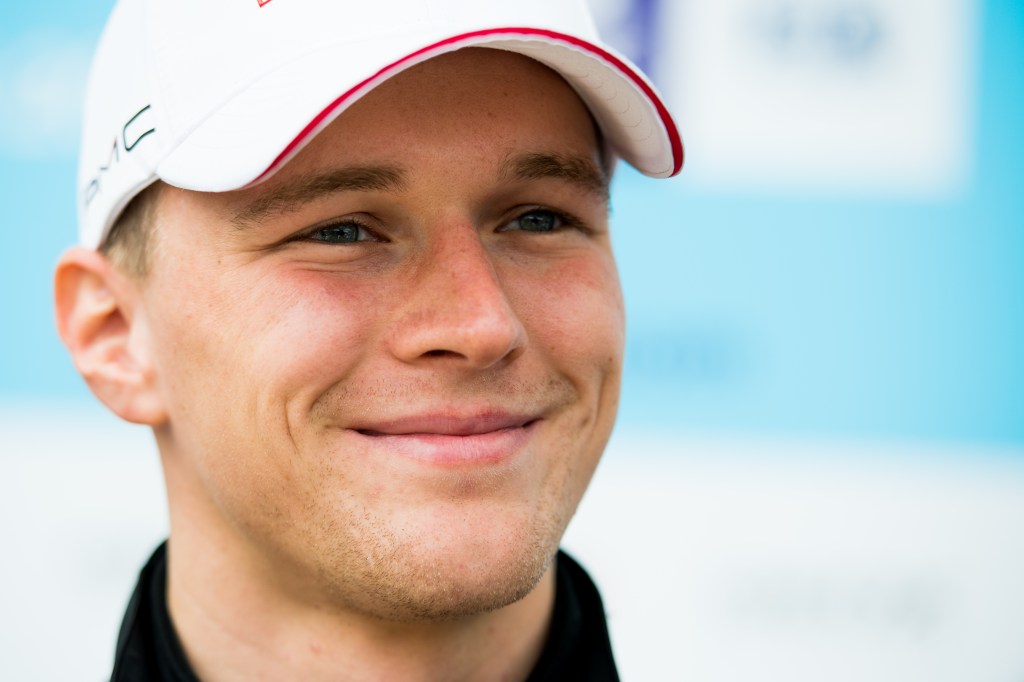 Günther is as disciplined as López, exercising and eating carefully, but he did admit he also loved pasta and pizza — the latter one of his favorite foods. “But only a few times, not very often,” he said, eyeing the car’s tight seat behind the wheel.

Season five of the ABB FIA Formula E championship kicked off last December in Saudi Arabia, moving on through cities from Marrakech to Hong Kong. After the Rome E-prix, won by Jaguar Racing driver Mitch Evans, it will travel to Paris, Monaco, Berlin, Berne and New York, where the final race will take place on July 14. 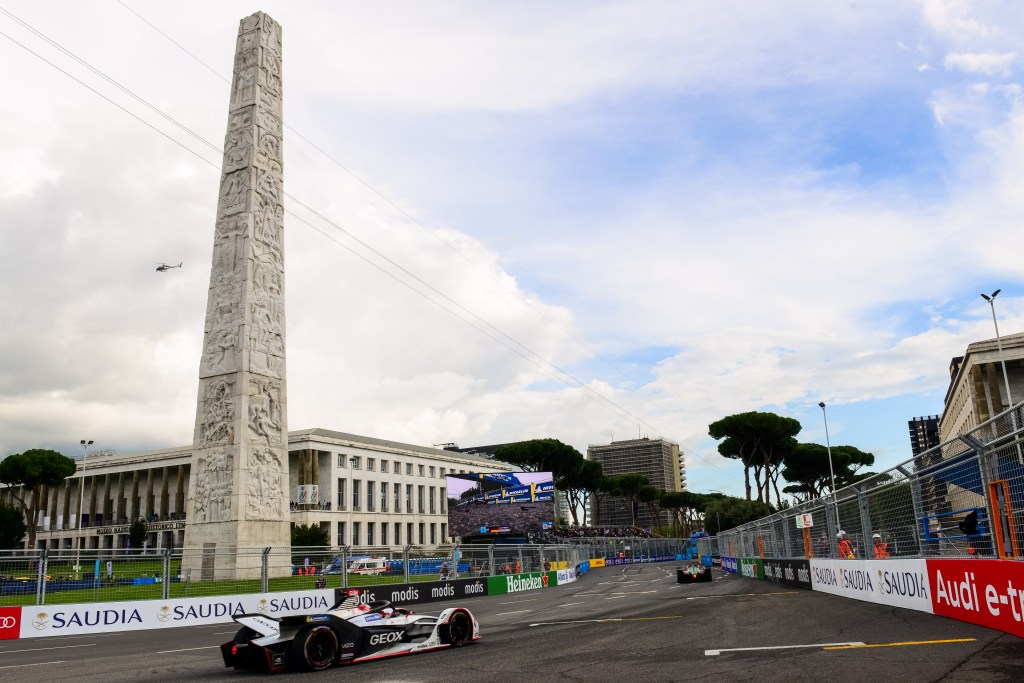 Maximilian Günther on the track in Italy.  Spacesuit Media