Emboldened by the ath-leisure trend dominating fashion, brands are out to enhance their images with athletes’ toned physiques and street credibility. 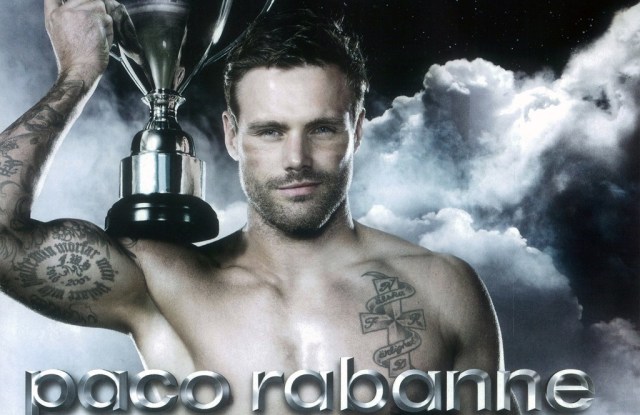 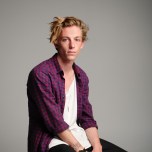 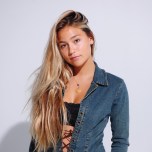 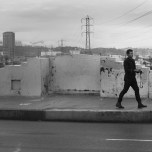 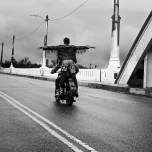 LOS ANGELES — Whether careening off the sidewalk on a skateboard, shredding surf or gripping a rugby ball under a mountain of muscular men, a growing number of athletes are competing for a new prize: ad campaigns in the apparel and beauty industry.

Emboldened by the ath-leisure trend dominating fashion, brands ranging from Bobbi Brown and Burberry to DKNY and Hudson Jeans are out to enhance their images with athletes’ toned physiques and street credibility. While sports figures have endorsed myriad products and single-handedly launched style revolutions over the decades — Olympic skating champion Dorothy Hamill inspired schoolgirls to get her bowl haircut, while David Beckham stands as the patron saint of metrosexuals — new opportunities are emerging for the next generation of athletes. For stars of lesser-known sports in particular, social media allows them to amass a following that mainstream marketers strive to reach.

“In many respects, whether they know it or not, [athletes] have a lifestyle,” said David Carter, principal at consulting group Sports Business Group and executive director of the Sports Business Institute at the University of Southern California’s Marshall School of Business. “With a handsome or attractive athlete who wears clothes that are flattering, there is almost an aspiration part to it. Fans feel they have this perceived connection to the athlete.”

For a fashion company that is launching a sport-related brand, it is crucial to align itself with someone who excels in both athletics and style.

AG, the South Gate, Calif.-based premium jeans brand formerly known as AG Adriano Goldschmied, is planting its flag on the fairway this spring with a men’s golf line endorsed by Camilo Villegas. After 10 years of going “a little edgy” with his previous apparel sponsor, J.Lindeberg, the Colombian-born pro has linked his fashion fate to AG, a company that may be a novice in golf but a stalwart in denim and sportswear. After all, his style evolution is heading to looks that are, in his words, “very classy, elegant and sharp.”

“If you think about the golf world, it is such a small world,” Villegas said. “But the fashion world is a big world. You’ve got to combine them both.”

The chance to reach a wide variety of people, not to mention a decent paycheck, is hard to turn down. Declining to disclose specific figures, talent managers said fees vary, but the athletes are paid well. Landing a fragrance campaign, for instance, can mean signing a renewable one-year contract valued at more than $100,000.

For a fashion shoot commissioned by Mr. Porter, Net-a-porter’s shopping site for men, 33-year-old Finnish skateboarder Arto Saari skated in Maison Martin Margiela, Tomas Maier and other designer duds. “It puts skateboarding in a better place when people do cross over,” he said.

The self-taught photographer also had the distinction of standing in front of and behind the camera for Hudson Jeans, which had never before cast an athlete in a marketing campaign. In Saari, the Commerce, Calif.-based denim brand found a conduit for this spring’s social media-based marketing.

“What Arto and the skateboarding world represent to me is freedom,” said Ben Taverniti, Hudson’s design and creative director.

Besides, athletes are just regular people who got fit through a lot of practice and training.

“The option for an ad campaign is sort of the athlete or the really, really skinny guy,” said Silvester Ruck, a 26-year-old German-born kiteboarder who bundled up in parkas for his first-ever ad campaign for Moncler, then bared his abs to promote Dsquared2’s Wild fragrance. “I think having a healthy role model is much better. I kind of feel like I’m closer to the average guy than the skinny guy.”

Patti Cohen, executive vice president of global marketing and communications at DKNY, concurred that athletes “are very relatable,” playing well into the brand’s strategy of using street casting for its ad campaigns. The New York-based company’s sport of choice happened to be skateboarding. Pro skater Dylan Rieder mugged with Cara Delevingne for its spring 2014 ad campaign. Ben Nordberg, who was discovered by Next Models via Instagram, is assuming that mantle this spring.

“We felt [Nordberg] was a great component because of the skateboarding, because it’s such a part of New York City,” Cohen said. “We just felt it had the authenticity.”

Nordberg also gave a youthful edge to Burberry in its Art of the Trench campaign. With a devil-may-care attitude that emanates through social media, in the ad he skated around Venice Beach in a dark trench coat from the British brand, black skinny jeans and a T-shirt speckled with holes.

Although he wasn’t paid for the gig, the 25-year-old from Bath, England, said, “I just never thought I would end up doing something for [Burberry]…It’s wicked.” Nordberg is also the next headliner for a new campaign promoting Macy’s American Rag Cie streetwear label.

For Roberta Mancino, who skydives and jumps off buildings with a parachute, wearing makeup isn’t part of her sporty routine because she shields herself with goggles and a helmet. “But, of course, I will do it for a commercial,” said the former model.

For a new Bobbi Brown promotion launching this April, Mancino’s goggle-free, beautified face will be filmed from different angles as she hurls her body into the air. “I like the fact that they want to do something crazy and exciting, and it’s not just regular modeling,” said Mancino, 33, who previously appeared in ads for Italian shoe brand 2a2 and hair-removal line Veet.

The feeling is mutual with fashion marketers. “Clients are interested in models who do things other than modeling,” said Mimi Wypor, the men’s booker at Next Models in Los Angeles.

Fashion designers also appreciate the opinions of their athletic collaborators. Since Villegas is known on the greens for prostrating himself like a spider to read the line of a putt, AG Green Label is creating lightweight polyester-based pants with stretch and wicking capability especially for him. “He depends on his equipment and clothing to function at a high level,” said Sam Ku, AG’s vice president and creative director. “It all makes a difference in how he is playing.”

Aside from their gear, athletes-turned-models also contend with physical injuries. Days after wrapping the Dsquared2 campaign shoot with Steven Klein, Ruck celebrated by hitting the waves with his kiteboard. He ended up with a crushed knee, two surgeries and five months of recuperation that forced him to cancel a series of jobs last summer.

“These models who are professionals playing sports, that’s their adrenaline rush,” said David Todd, who manages Ruck’s modeling career. “I can’t talk them out of it.”

When they do walk away from sports, athletes are stepping up their fashion game.

“A couple of years ago, I was very relaxed. A pair of jeans and flip-flops and T-shirt was my go-to outfit,” said Nick Youngquest, 31, an Australian who played professional rugby in his home country and the U.K. before becoming the face of Paco Rabanne’s Invictus fragrance. Experimenting with different styles, Youngquest recently wore a double-breasted jacket and shorts in light gray linen from a new men’s line called Esson Heritage to a wedding, at the risk of suffering withering looks from his macho mates. “They’ll probably be wearing it next summer,” he predicted.

Athletes make good muses, per Marie Lapaire, the owner of a French jewelry line called Satine. This past fall, she collaborated with pro surfer Tia Blanco on a collection of vegan leather cuffs and necklaces. “We both had really different styles, so we kind of met in the middle,” Blanco, 17, recalled of her design debut.

“[Blanco’s] pretty, she’s vegan and lives a pure, healthy life,” Lapaire said. “I like these values.”

So do the legions of fans who turn to athletes for advice on fashion, workouts and even relationships. Considering that their fashion contracts often integrate incentives for increasing the number of social media followers, athletes are eager to share about their life.

To one follower who fretted on Blanco’s Tumblr page that running would lead to bulky thighs, Blanco replied: “Who cares, though? Strong is the new pretty.”